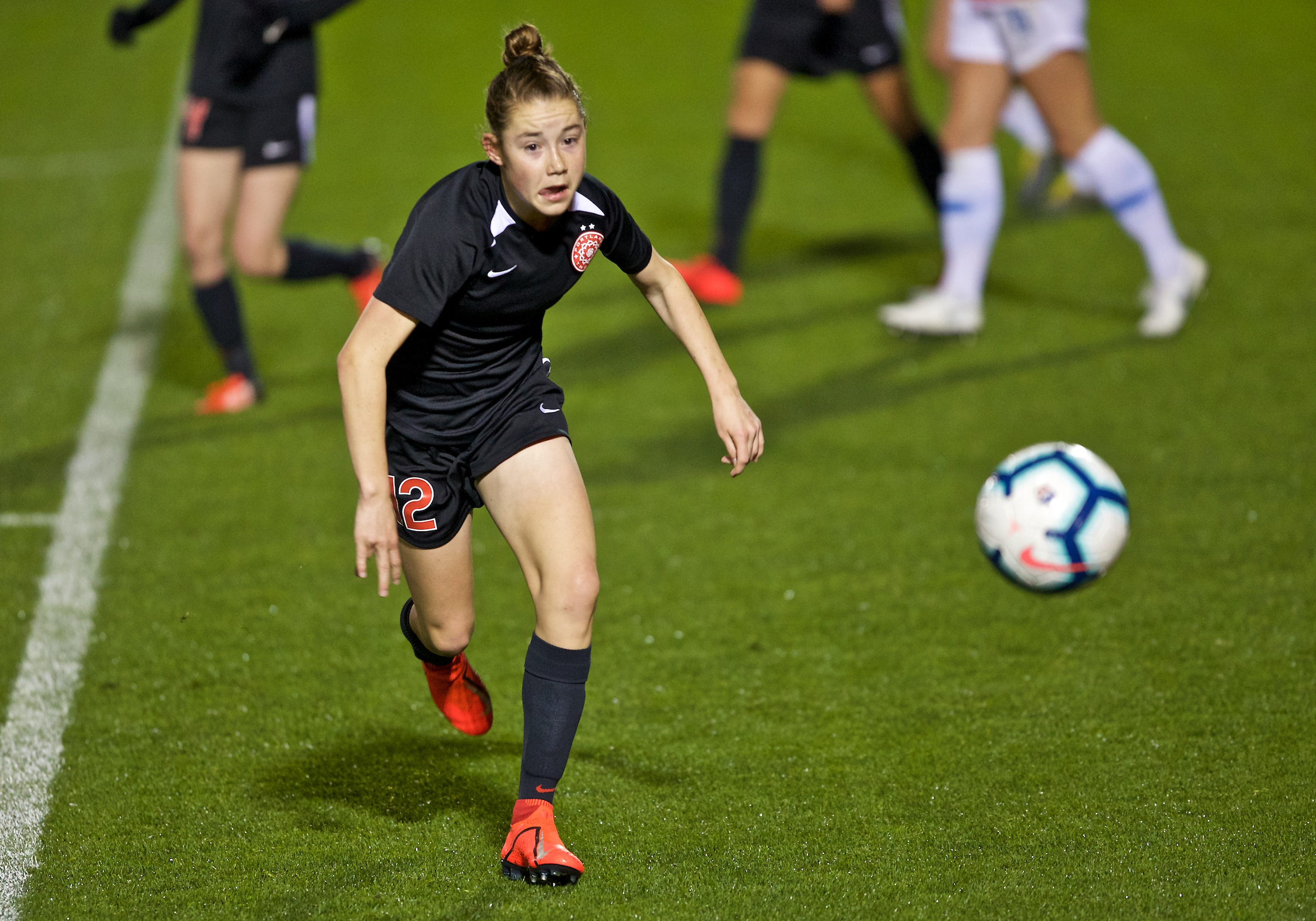 Fifteen-year-old Olivia Moultrie is on the verge of signing her first professional contract after being granted a temporary restraining order against the National Women’s Soccer League’s age-limit rule. Moultrie is imminently expected to sign for the Portland Thorns and become the youngest player in the history of the league, whose long-held, 18-year-old age limit has been legally challenged. The Athletic first reported Moultrie’s impending signing on Sunday.

Much of the conversation around Moultrie has revolved around her inability to sign a professional contract when, using MLS as an example, a man in her situation would have the opportunity to further develop and earn income professionally if he was good enough, even as a teenager. That gender gap has been central to Moultrie’s legal argument, which was supported by several prominent Thorns players who are also United States internationals. U.S. district judge Karin J. Immergut agreed, writing that the NWSL’s age limit violated federal antitrust law and would cause irreparable harm to Moultrie.

“The only thing currently standing between Plaintiff and her aspiration to be a professional soccer player in the country is her gender,” Immergut wrote in granting the temporary restraining order.

The NWSL’s age limit strikes as particularly odd given that much of the NWSL’s rulebook and general operational system as a self-proclaimed single entity is borrowed from MLS. On another macro level, Moultrie’s situation also brings into the spotlight a long-looming topic for the NWSL: homegrowns and academy systems.