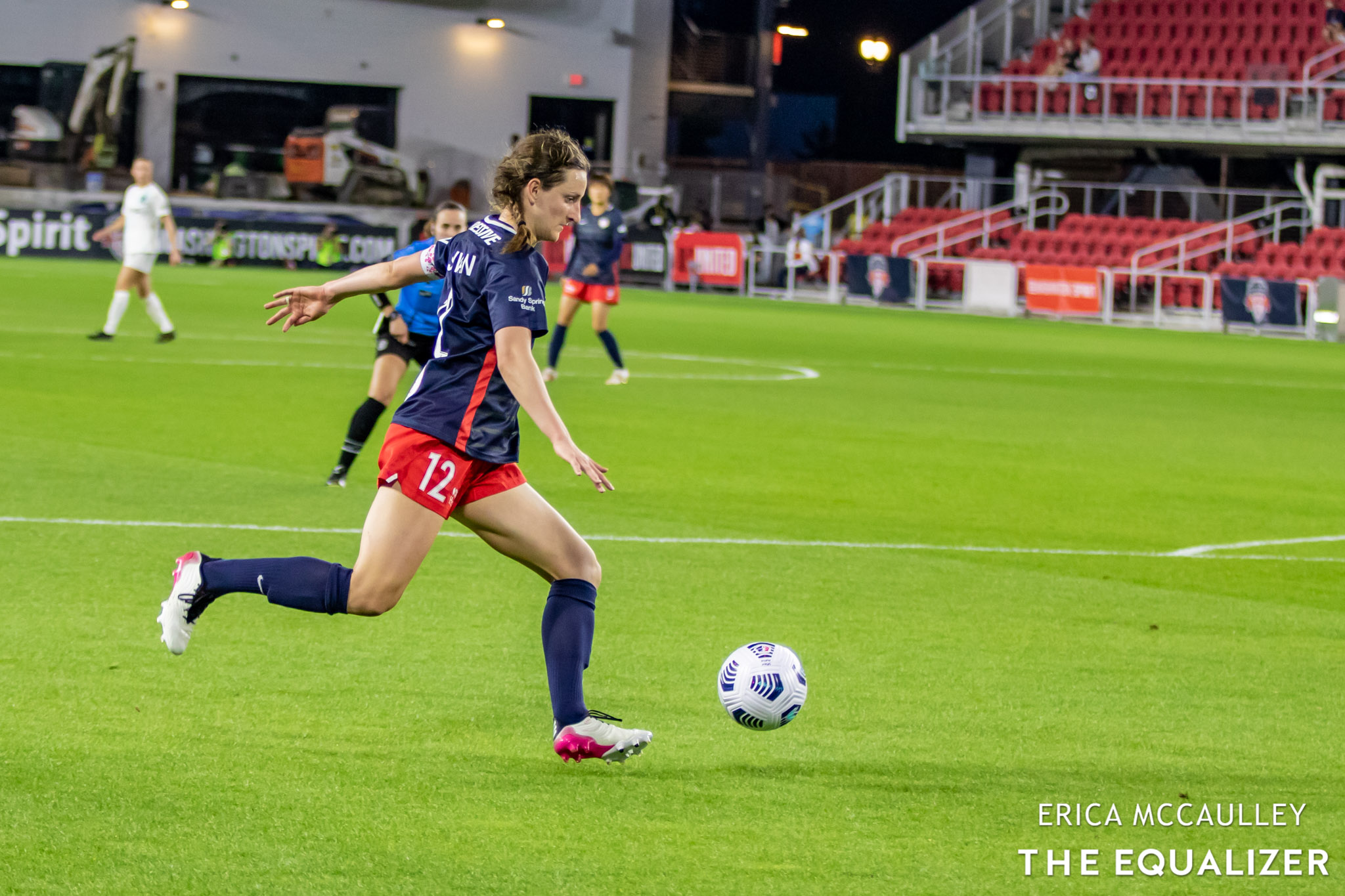 The Orlando Pride and Washington Spirit played to a 1-1 draw on Sunday in Washington, D.C., in a result that kept Orlando unbeaten atop the National Women’s Soccer League table heading into the first international break of the regular season. The Houston Dash also defeated Kansas City, 1-0, to leave the new club winless through nine games in all competitions.

The Skinny: The Pride quickly erased a second-half deficit and dodged several threats from the Spirit to grind out a 1-1 draw and reaffirm that their hot start to the season is no fluke. Ashley Hatch scored in the 64th minute, heading in a great cross from Kelley O’Hara, but Taylor Kornieck equalized for Orlando three minutes later after Marta intercepted Spirit goalkeeper Aubrey Bledsoe’s attempt to throw the ball out of the back. Marta one-touched the ball to Kornieck, who finished low to the far post with her right foot.

Orlando has just one loss through nine games in all competitions in 2021, continuing the stark change of fortune from years past. Washington is now unbeaten in three straight matches since losing to expansion side Racing Louisville FC on May 21, boosting the Spirit to third heading into the break.

One Key Moment: Two of Ashlyn Harris’ five saves on the day were genuinely spectacular. Her first-half save to scoop away Hatch’s header was probably the better of the two, but Harris’ second-half of Dorian Bailey’s knuckling, dipping strike preserved the hard-earned road point for the Pride. Harris was great on the day and has had arguably her most consistent start to an NWSL season yet, guiding a back four which is garnering plenty of praise.

Inside The Game: Washington rook advantage of space on the flanks, with Ashley Sanchez drifting wide right frequently in the first half to go after Orlando’s less experienced half of the back four, and O’Hara stretching the field up the left side. O’Hara’s 1-v-1 battles with former Stanford teammate and longtime friend Ali Riley were fun to watch, but tactically, they gave Washington an advantage by pulling Marta low and wide as the cover defender. That produced a couple of rough moments, including Marta inadvertently hitting O’Hara in the face after a tackle — something O’Hara said would, to her annoyance, probably require stitches.

Orlando remains tough defensively, an area which has been a significant struggle in the past. Harris and her back four deserve plenty of that credit, but it starts up high as well. Sydney Leroux missed Sunday’s match with a left thigh injury, and Leroux has been the catalyst of turning the high press and counter-press into goals for Orlando. Alex Morgan continued her role in the Pride’s solid defending higher up the field, creating danger for Washington at times. Still, the Spirit’s back line has improved significantly since the opening weeks in the Challenge Cup. The additions of O’Hara and Emily Sonnett are finally starting to look like difference-makers.

The Skinny: The Houston Dash defeated Kansas City 1-0 on Sunday in a physical match at KC’s Legends Field. Though they were shut out, Kansas City did have a ball cross the line in the 25th minute, but their goal was called offside. Examining the replay, it appears as though Kansas City’s Mariana Larroquette may have been a touch offside right as a free kick was taken by Katie Bowen. Larroquette managed to beat Jane Campbell to head the ball into the net, but the referee called the play back.

But it was Katie Naughton who found the breakthrough late in the second half, when she headed in a Kristie Mewis corner kick past goalkeeper Abby Smith. Kansas City made a late push to equalize in the 88th minute, but Darian Jenkins’ shot forced a full stretch save from Campbell to preserve the Dash clean sheet.

One Key Moment: A quick sequence late in the second half defined this match. Jenkins, who was tasked with defending Naughton on the 79th-minute corner kick, lost her in the box, leaving the Dash defender completely alone. Naughton’s header hit the turf, and bounced up and past Smith into the goal. But just prior to this play, Kansas City had shouts for a penalty kick at the other end of the pitch. In the Dash penalty area, it was Naughton that appeared to get her hand (which was close to her body) on a shot from Rachel Corsie, but no penalty was given.

Inside the Match: With Canadian players already on their way to international duty, both Houston and Kansas City made changes to their usual lineups on Saturday afternoon. Amy Rodriguez, who came off the bench last week, was back in Kansas City’s starting 11 as well. And to say this one was scrappy would be an understatement. Five yellow cards were given to Houston on the day, including Shea Groom and earning a yellow for a small dust-up with Abby Smith in the first half.

Though Smith made a crucial save on Rachel Daly in the 54th minute, she also looked shaky at times with the ball at her feet during the match, and Houston almost capitalized on a miscommunication between her and Elizabeth Ball early in the second half. With the win, the Dash have seven points in five games played, while KC find themselves in last place, with just 2 points.