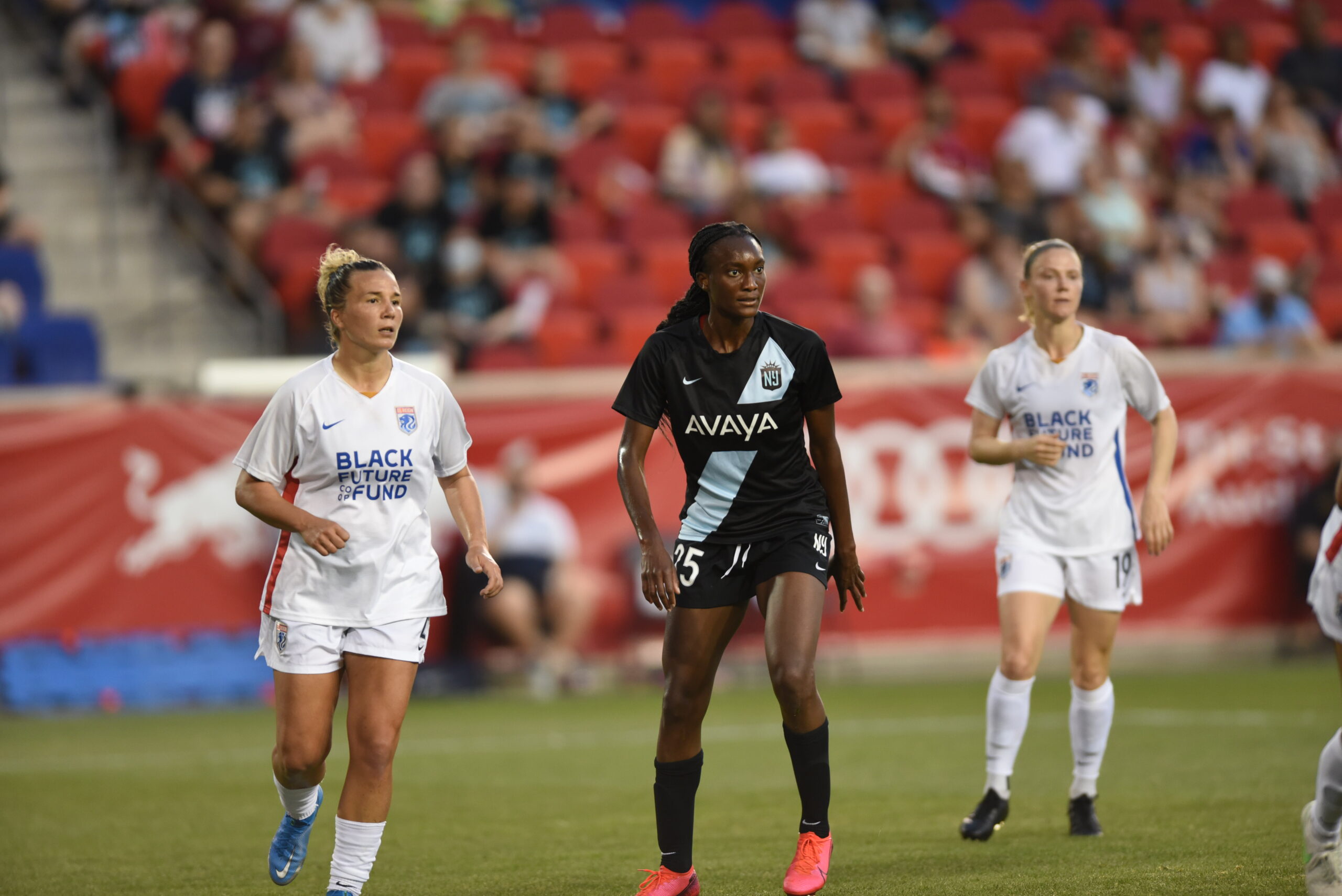 The Skinny: On Saturday afternoon, the Chicago Red Stars dominated the opening half-hour against the North Carolina Courage, while their counterparts were forced to sit back and absorb the pressure in a 1-0 victory for Chicago. In fact, the Courage were unable to get the ball out of their own half for long stretches of the first 45 minutes. And the pressure resulted in some dangerous looks on goal for the Red Stars. Courage keeper Casey Murphy was forced into action in the seventh minute, when she got a hand down quickly to deflect a Kealia Watt shot wide. Murphy made a diving save again on Watt in the 28th minute, but Rachel Hill put the ball past Murphy for the lead on the ensuing corner kick. North Carolina settled into the match in the second half, but were limited in attack, recording their first – and only – shot on goal in the 66th minute, a header from Lynn Williams that Alyssa Naeher was equal to.

One Key Moment: Chicago’s goal came in the 29th minute. After Murphy made a fantastic, full stretch save on Watt, Chicago floated in a corner kick that Morgan Gautrat headed towards goal. Murphy couldn’t hold onto the header, and unluckily, it was Chicago’s Hill that got to the rebound first. She tapped the ball in for the sole goal of the match. You have to wonder how much the oddly shaped shadow engulfing the south end’s penalty area affected Murphy on this one, as Naeher also appeared to struggle with a ball in the air at that end in the second half.

Inside the Game: Look no further than the box score to see just how much the Red Stars dominated on Saturday. While Chicago recorded 15 shots (eight on goal), North Carolina managed 10 shots, with just one (yes, just one) making it on target. According to American Soccer Analysis’ Arielle Dror, that was the fewest shots on goal the Courage have recorded in their history. Chicago’s compact midfield — especially Gautrat and Sarah Woldmoe — played a huge role in limiting North Carolina’s attack on the day. While the Red Stars continue to move on from their disastrous 5-0 defeat to Portland on May 16, the Courage continue to produce inconsistent performances, bouncing from a 5-0 win over Louisville last weekend to nearly producing no shots on goal a week later.

The Skinny: With both teams coming off a loss, NJ/NY Gotham FC earned a huge 1-0 win at home over OL Reign on Saturday. Gotham’s defense continues to hold strong even though the stats suggest they should have conceded more. Part of this is good defending, part is luck, and part is some high quality saves from Didi Haracic to preserve her clean sheet.

Saturday’s Gotham lineup featured changes from previous matches. Midge Purce was freed and made a big impact up top, after starting at fullback last week, while Sabrina Flores was sound and aggressive defensively in her place. This was another match in which the Reign had ample opportunities to score goals and really could’ve won but failed to score. The Reign have a lot of talent up top but the passing was not good enough as they struggled a lot to connect. The Reign looked best upon the introduction of substitutes Bethany Balcer, Angelina, and Tziarra King. Rose Lavelle continues to look incredibly dangerous after two games with the Reign, but they have yet to really click as a collective unit.

One Key Moment: Winning the game against her former team, how can this goal by Ifeoma Onumonu not be the key moment? It’s a terrific service from the corner by Caprice Dydasco and incredible ability by Onumonu to rise above the defense and head the ball down back where it came from.

Inside the Game: While Onumonu’s goal won the game, the outside backs were what influenced this result the most. It was clear that the visitors were playing two players at outside back that are most comfortable, and used to being, center backs, with Lauren Barnes lining up on the right and Maddison Hammond on the right. Meanwhile, Gotham’s Dydasco and Flores were incredibly dynamic, cutting out many of Reign’s progressive passes and pushing up high to support the offense.

The Skinny: The Portland Thorns put on a dominating display at home on Saturday, looking once again like one of, if not the, top team in the NWSL. Expansion side Racing Louisville did their best after severely delayed travel but could not get on the ball for extended periods of time, not registering any shots on target. Racing started to play their way into the game in the second half but by that time they were already two goals down and the defense continued to shut them down well.

Three players scored for the Thorns and each of those players also provided an assist. Angela Salem scored her first NWSL goal since 2016, while Lindsey Horan and Rocky Rodriguez got on the scoresheet too. But credit has to be given to Michelle Betos in net for Racing because she kept this game close. The veteran came up with massive, and difficult, saves, facing twelve shots on target.

One Key Moment: A first ever goal as a Thorn and a game-winner by Angela Salem takes the cake in this one. Salem’s performance was quality for the full 90, not only did she score and assist but she calmly controlled the ball in the midfield, connecting well with her teammates. She also put in strong defensive work, sprinting back on breakaways to make things difficult for the visitors.

Inside the Game: Portland put in a terrific team performance on the night, with every player contributing. The Thorns were disciplined and fun to watch. In particular, the defensive and midfield lines did a very good job of moving to get open and create space for each other, and they did it with impressive fluidity. This is why they were able to play so effectively out of the back, even under pressure. The frontrunners for Portland also forced a lot of turnovers, pressing high and not allowing Louisville time to play out of the back. This game showed just how dangerous the home team can be when they are clicking and playing their passing game. It was a dominating performance all around, winning the three points for the Thorns.