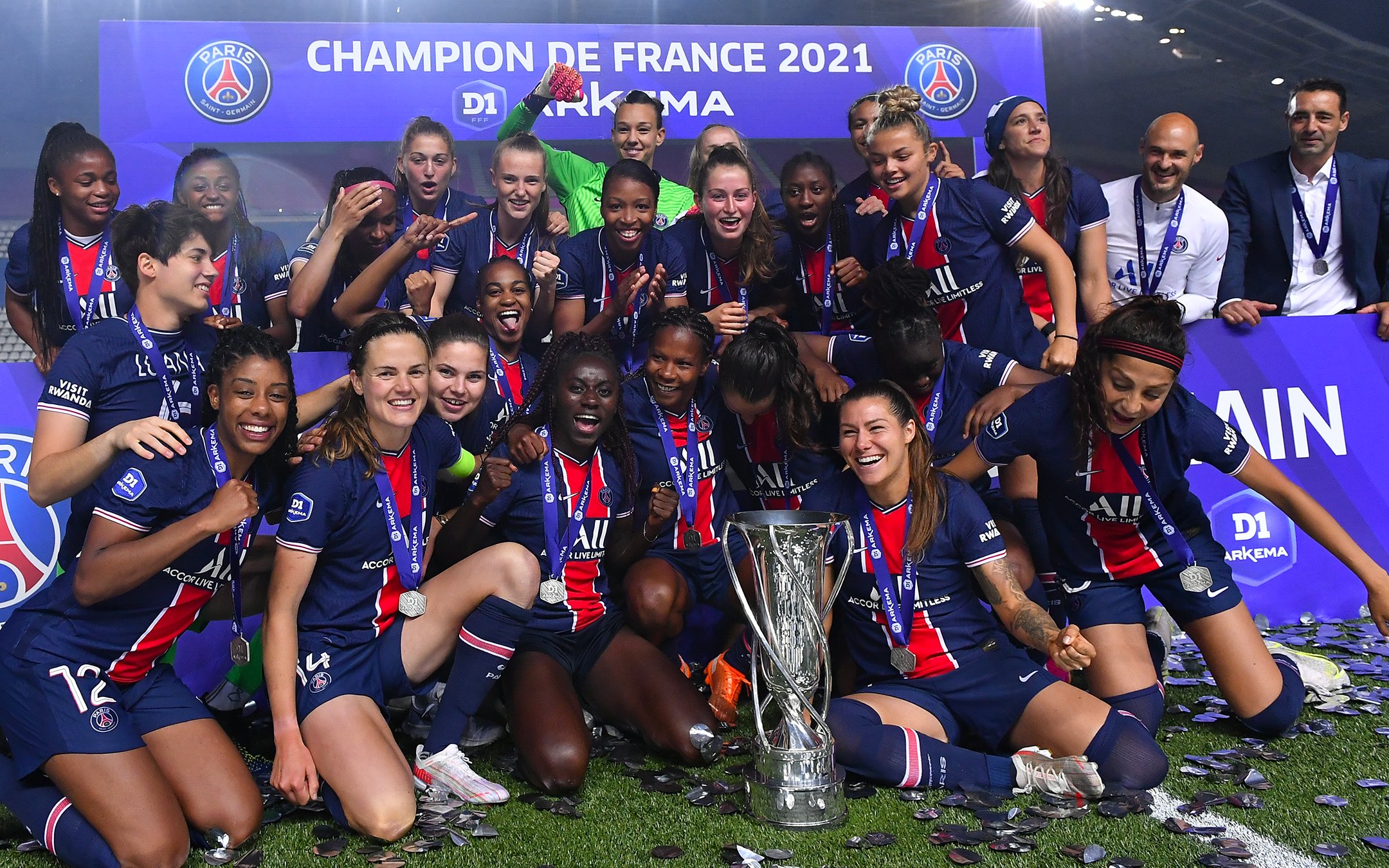 France’s top flight of women’s soccer has a new champion for the first time since 2006. Paris Saint-Germain clinched the Division 1 Féminine title on Friday with a 3-0 victory over Dijon, ending Lyon’s run of 14 consecutive league crowns. It is PSG’s first top-flight title.

Lyon defeated Fleury 8-0 in a match which kicked off at the same time, but PSG entered the day with a one-point lead atop the table after defeating Lyon in Paris in November and holding on for a scoreless draw in the rematch in Lyon on Sunday.

Sara Dabritz scored early from the penalty spot and Irene Paredes and Jordyn Huitema added goals in the second half on Friday to seal the victory over Dijon and the league title for PSG.

PSG’s 1-0 victory over Lyon in November in Paris ended an 80-game unbeaten run in league play for their rivals, a streak which dated back to December 2016.

PSG also ended Lyon’s run of five consecutive European titles earlier this year by advancing on away goals in the quarterfinals. A 2-1 victory in Lyon sealed advancement to the Champions League semifinals for PSG.

Whether the power has shifted for the long term in France remains to be seen. Several of PSG’s top players are either confirmed or rumored to be departing the club, including reports of goalkeeper Christiane Endler and forward Signe Bruun making the jump to rival Lyon. Head coach Olivier Echouafni is also leaving the club.

Lyon will undoubtedly reboot, a process which began in late April with the exit of head coach Jean-Luc Vasseur and the appointment of France legend Sonia Bompastor to the same role.