Level up: Paige Monaghan is on an upward trajectory with Gotham FC 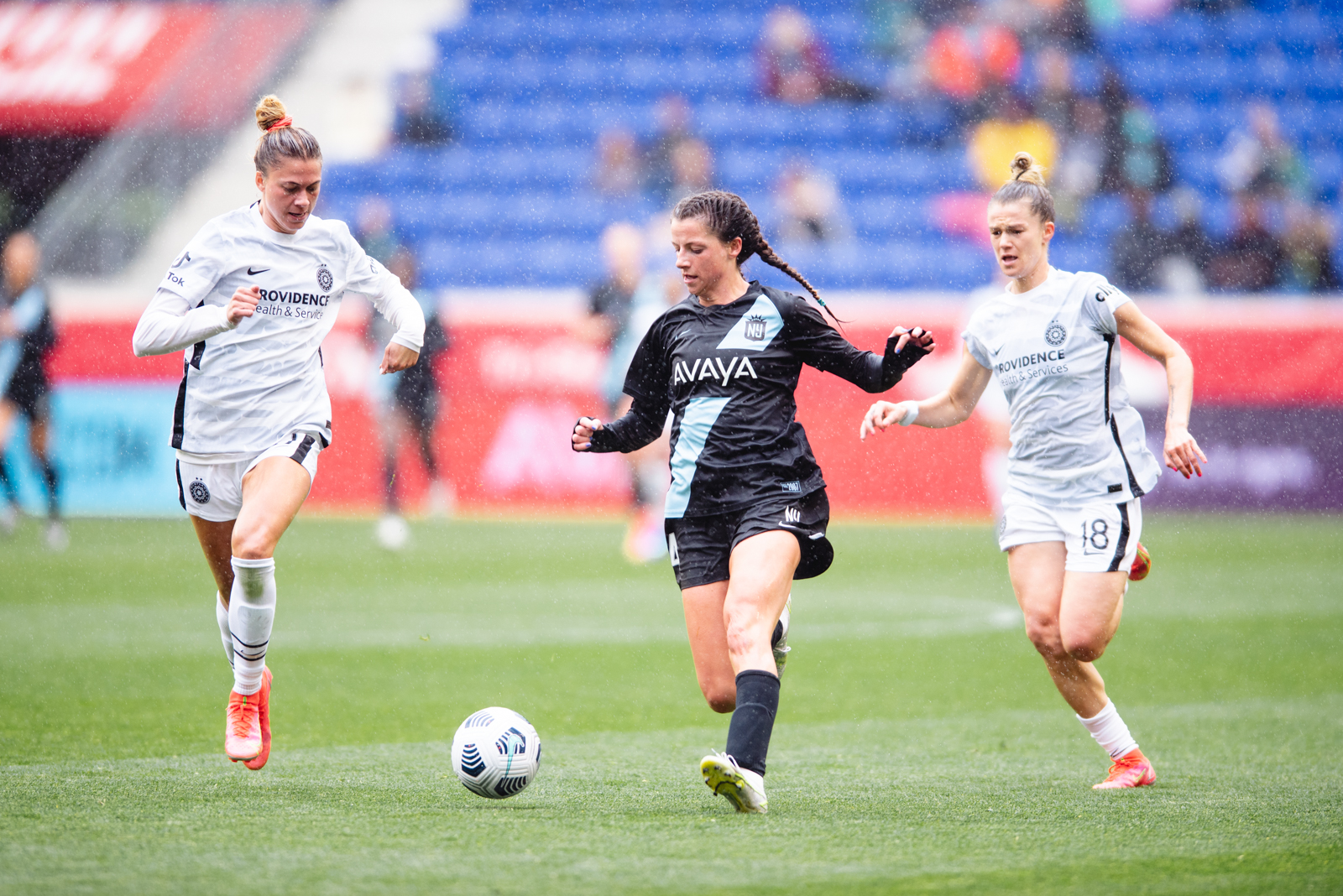 Paige Monaghan didn’t make a lot of teams as a youth player.

Growing up in New Jersey, she’d miss the cut, or make a team for a short time before being dropped by the club later on. As a late bloomer, she didn’t draw a lot of initial interest from traditional college powerhouses and when it came time to make her final decision on where to go, she chose Butler University in Indiana.

“My dad asked [co-head coach Rob Alman], ‘So, is Paige going to start for you?’ And he said, ‘No, you have to earn it,” the NJ/NY Gotham FC forward told The Equalizer. “And that’s when I really knew that I wanted to play there under him and Tari St. John. They’re co-head coaches.”

“They were the biggest blessing and I really think they’re the reason why I’m playing professional soccer today, because they really believed in me and just taught me so much on and off the field.”

Monaghan won Big East Offensive Player of the Year honors as a junior, but after a quieter senior campaign — and seeing Butler snubbed in the NCAA tournament selection — she worried that pro teams might overlook her. But her college coaches insisted that teams were reaching out, and that she should go to the 2019 NWSL Draft in person.

Access the best women’s soccer coverage all year long
Start your FREE, 7-day trial of The Equalizer Extra for industry-leading reporting and insight on the USWNT, NWSL and beyond.
Subscribe
Existing Users Sign In Here
Related TopicsExtraFeaturedPaige Monaghan