The Lowdown: What will the full-strength Reign look like? 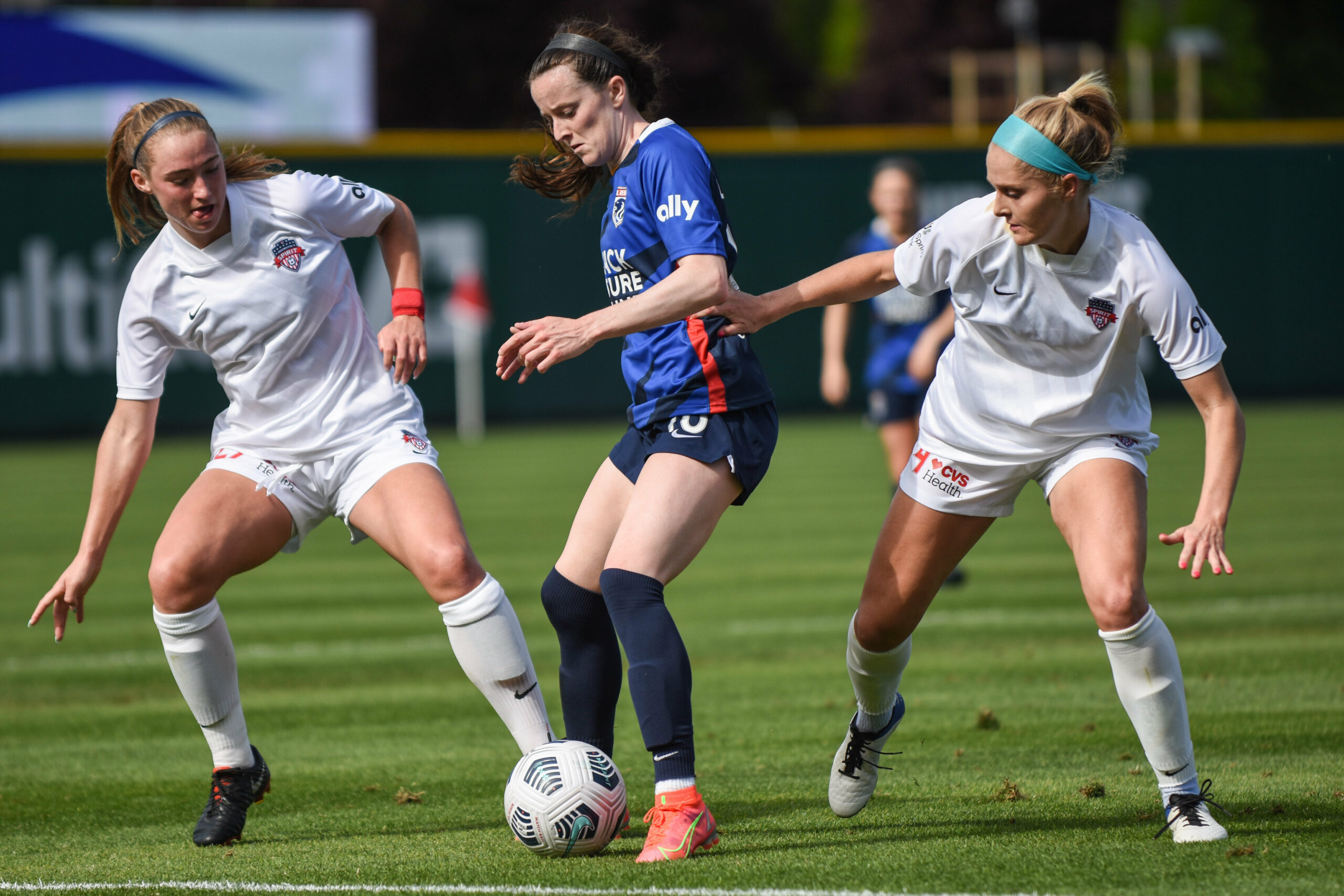 Rose Lavelle made her OL Reign debut on Sunday, and depending on your perspective when the club traded for her, it was either sooner than you thought or long overdue. The 26-year-old played 64 minutes in central midfield, and although the Reign trailed 1-0 when she left, Lavelle put her imprint on the match.

The arrival of Lavelle is the first of a myriad of personnel changes OL Reign will undergo between now and the end of the Olympics. The club is waiting on three massive loan deals to kick in that will see Eugenie Le Sommer, Dzsenifer Marozsan, and Sarah Bouhaddi join the team. At the same time, Karen Bardsley will be leaving and several players, including Lavelle, will be shuttling in and out for international duty. It’s all something of a puzzle to figure out how—or if—it will all work, and it is a puzzle that Farid Benstiti will be charged with completing.

It is impossible to look at the roster the Reign are expected to have for the final two months of the season and not think it is among the best in the National Women’s Soccer League. It is also easy to think that with too many players moving in and out, not enough reinforcements in the back, and the pressure that they will only have Le Sommer, Marozsan, and Bouhaddi for half a season, will conspire to leave the Reign closer to the bottom of the table than the top when the regular season ends on Halloween. How is it all going to look? What will eventually be the Reign’s preferred XI and shape? With the caveat that I have no earthly idea what the right answers are, I have nevertheless decided to look at each line and examining how things might look if Benstiti is ever able to get the full allotment of players to choose from. For purposes of this piece, it is assumed everyone will be healthy come the end of the Olympics.

This was supposed to be the most straightforward line with Karen Bardsley’s loan set to expire just in time for Sarah Bouhaddi to join. But Bardsley left Sunday’s game with a hamstring injury that at first glance did not look short-term. The Reign have two other goalkeepers on the roster: Ella Dederick and Cosette Morche. The combined NWSL experience between those two amounts to the four minutes that Dederick played after Bardsley left the field on Sunday. It seems likely Dederick will start this weekend against Gotham. That said, we’re focusing on the second half of the season, and by this time Bouhaddi will be keeping goal at Cheney Stadium.

Access the best women’s soccer coverage all year long
Start your FREE, 7-day trial of The Equalizer Extra for industry-leading reporting and insight on the USWNT, NWSL and beyond.
Subscribe
Existing Users Sign In Here
Related TopicsExtraFeaturedOL ReignThe Lowdown

The Equalizer Podcast: Orlando at the top of the table
Kickin’ Back with Matt Peek