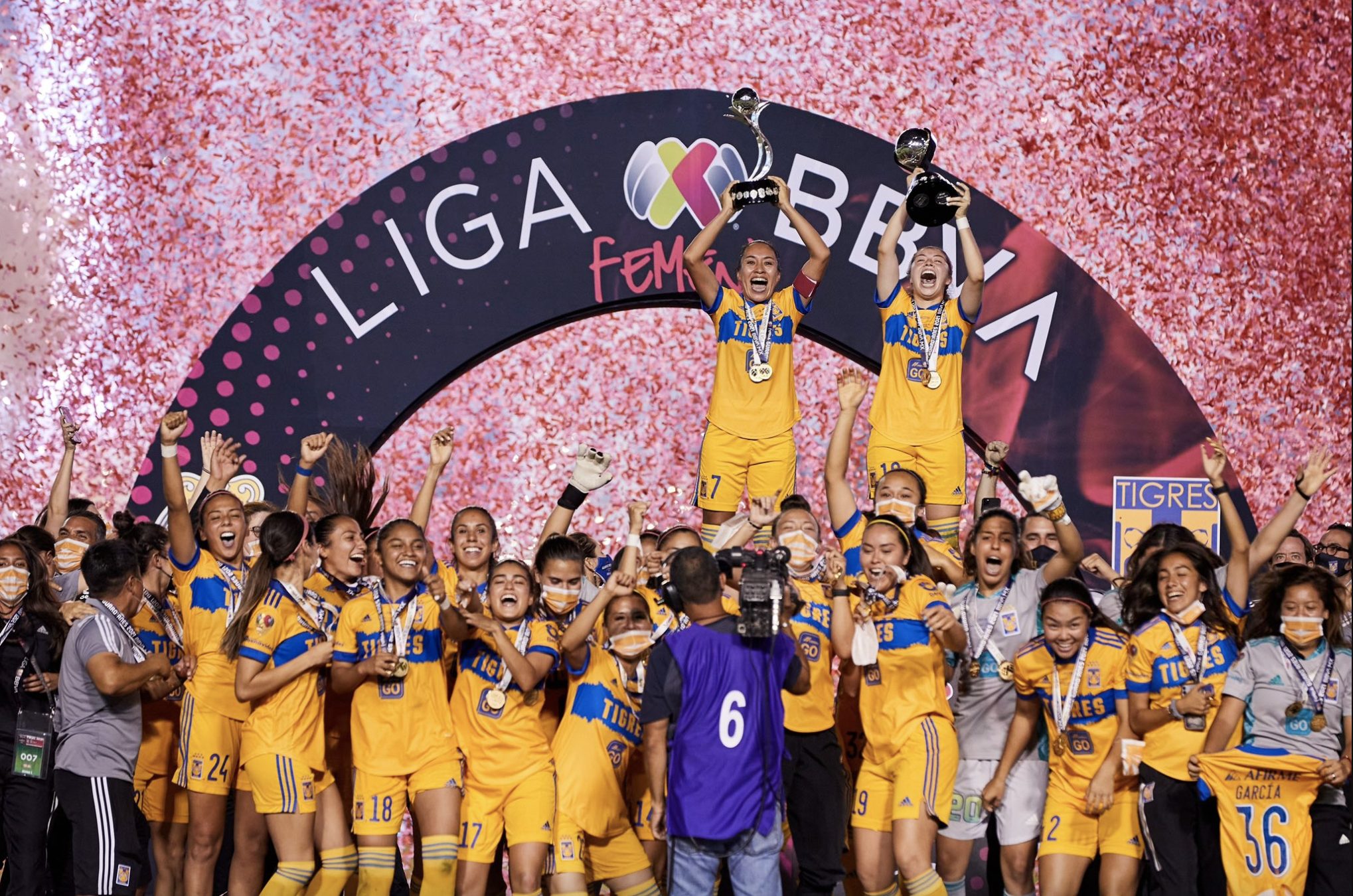 For the fourth time in club history, Tigres lifted a Liga MX Femenil trophy. The dominant club posted a 7-4 aggregate victory over Chivas on Monday night, capping off a thrilling two-leg final. Tigres went back-to-back in championships, winning the Apertura in the fall.

Tigres entered the match with a 2-1 lead after a trip to Guadalajara. Chivas didn’t have a huge mountain to climb, being down by only one goal. However, Tigres opened up Monday night’s contest with a bang, throwing Chivas a wrench in any comeback plans.

Lizbeth Ovalle took seven minutes to find the back of the net for Tigres. On a chaotic cross inside the box, Chivas originally defended well, including a goal-line save. However, Chivas could not clear the ball out of the box, having the ball fall back in the penalty area, waiting for Ovalle to strike.

In the 12th minute, Ovalle struck again, recording a brace. Ovalle, hiding out toward the back post, saw the ball skirt past the front of goal and land at her foot. Ovalle beat out Diana Rodriguez and then tucked the ball past goalkeeper Blanca Felix. Two minutes later, Stephany Mayor, the Tigres captain, dribbled into the box, having two teammates to her left. However, Mayor took the ball, cut back and struck with her left foot at the top of the box.

Chivas and Miriam Garcia found the back of the net as the first half dwindled down. On a free kick in the 40th minute, Garcia headed the ball to the low corner and past Ofelia Solis. Carolina Jaramillio hit a chipped volley over Solis in the 57th minute, sending Chivas on a tear and looking to upset the reigning Apertura champions.

However, Tigres had two more goals up their sleeves. Blanca Solis headed a free kick past Felix in the 89th minute. Mayor added one more goal — the dagger — in the 91st minute, hitting the ball, at an angle, inside the penalty area, and in between the legs of Felix.

Just as the final whistle blew, Gabriela Valenzuela hit a volley, inside the box, for the Chivas consolation goal in the 94th minute.

In its history, Chivas has four Liga MX Femenil victories, with three of the four coming in Clausura campaigns. Tigres was the runner up in the 2018 Apertura to Club America and the runner up to Monterrey in the 2019 Apertura. Due to COVID-19, there was no 2020 Clausura.

Meanwhile, Chivas won the first Apertura in 2017 against Pachuca. In the 2020 Apertura, Chivas finished the season in the quarterfinals.

Tijuana has a new manager: Fabiola Vargas was named the next Club Tijuana manager after spending 2018-21 with Necaxa. Vargas began her coaching career in 2017 with Necaxa as an assistant coach, staying in the role for two years before her promotion. Tijuana recently finished the Clausura regular season in 12th place, missing out on the playoffs.

Writer’s Note: This was my first season covering Liga MX Femenil, and wow, what a joy! I have been so appreciative to Jeff Kassouf for allowing me to bring league coverage to The Equalizer. I also want to send a thank you to the group of Liga MX Femenil writers that welcomed me with open arms, answered any questions I had and just supported the work! Thank you to Eugene, AJ, Amelia, Adriana, Mel and anyone else I might have missed! Can’t wait to cover this league for a full Apertura and Clausura season!