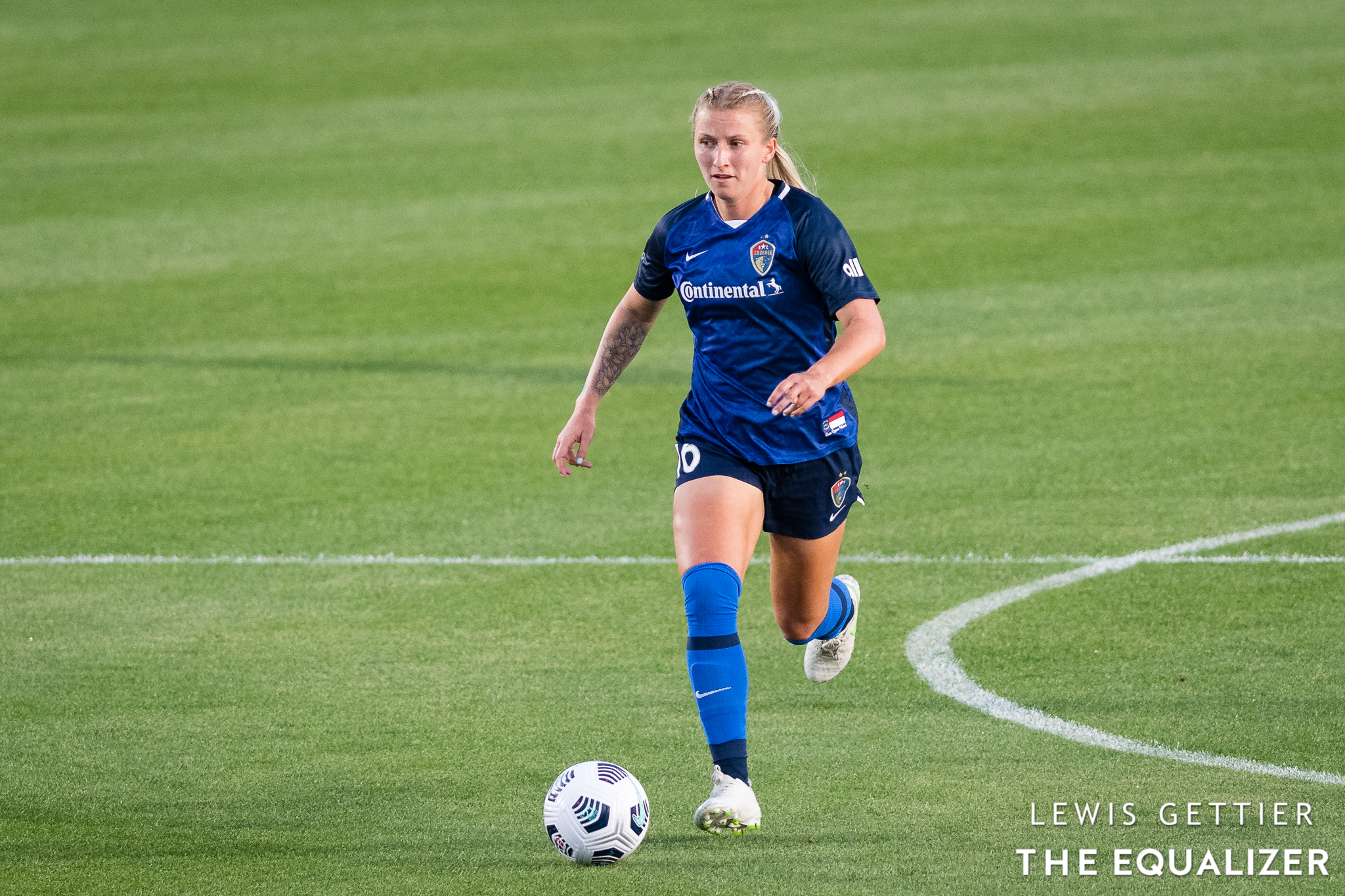 Sam Mewis made her return to the North Carolina Courage on Friday and, for 90 minutes, order was restored in the National Women’s Soccer League as the Courage trounced expansion side Racing Louisville, 5-0 in the league’s only match of the day.

The Skinny: North Carolina rebounded from last week’s surprising 2-1 loss at home to the Orlando Pride, which was just their fourth loss in 43 games at WakeMed Soccer Park — and first since June 16, 2018. Abby Erceg scored seven minutes into Friday’s match, heading in service from Carson Pickett on a short corner kick. It was a play which nearly paid off for the Courage on opening day, but Erceg hit the woodwork on that day. Lynn Williams, Debinha all Hailie Mace added tallies in the second half, with Mace tallying a brace.

It was a classic Courage of 2018 and 2019 performance. North Carolina fired 28 shots on the night and stepped on the throttle in the second half, finishing with 60% possession and 500 total passes to 327 for Louisville. Mewis’ return is an obvious boon, and the impending return of Abby Dahlkemper means the Courage are only going to get even better.

The expansion side got off to a respectable start in the Challenge Cup and picked up its first franchise victory last week, over the Washington Spirit, but Friday was a reminder that there is a long slog of a season ahead for a team that player for player, on paper, will have to scrap for results this season.

One Key Moment: Lynn Williams’ goal in the 63rd minute not only put the game beyond doubt; it confirmed a performance from the Courage which we have not yet seen on the season — one in which North Carolina asserted its dominance at home. It also opened the floodgates. Denise O’Sullivan found Debinha, who slipped in a through-ball to Williams which wrong-footed Nealy Martin.

Inside the Game: Erceg’s early goal set the tone for North Carolina, and the Courage found particular success up their left side, targeting Racing Louisville right back Erin Simon. They failed to covert a second goal before halftime, with Sam Mewis twice coming close on short-step, snap shots near the top of the box. The second half was a different story.

Louisville slowed in the heat and humidity, and the Courage did what they have done so often over the past few years, especially at home. North Carolina played vertically and turned up the counter-press, first through Williams’ goal — with direct play on the ground — and then on Debinha’s tally, which came after O’Sullivan’s regain in the final third after a poor clearance from Louisville.

Mace scoring twice off the bench was another type of reminder: that the Courage have depth, and — as important — they have players who can seamlessly slot into roles of a refined 4-2-2-2 system. Mace playing in the double No. 10 role, against a Louisville back line that lost the plot in the second 45, was a recipe for success. In the end, the game felt a bit like Sept. 19, 2019, when the Courage last put up a big score like that in a 6-1 home win over the Orlando Pride. Much like that night, this one could have been even uglier.