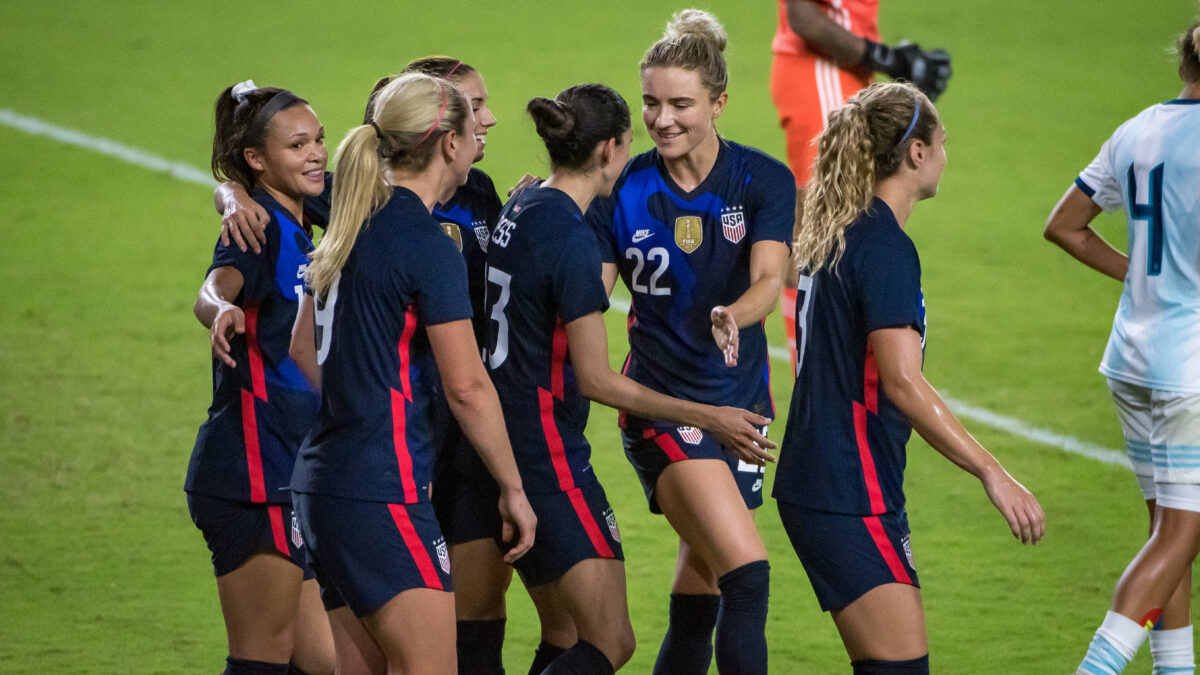 Vlatko Andonovski has named his 23-player roster for the upcoming Summer Series, where the United States women’s national team will take on Portugal, Nigeria and Jamaica. The first game against Portugal is in Houston, Texas, on June 10.

In addition to the 23 players heading to Texas, Tobin Heath will also make the trip as a training player. Heath suffered a knee injury with Manchester United in April, in which she returned to the United States. Meanwhile, Julie Ertz will miss out on the Summer Series as she rehabs her sprained MCL injury.

According to U.S. Soccer, the three Summer Series matches will be the last competition for the U.S. before the Summer Olympics in Tokyo.

“These games and the few training sessions we’ll have are just more tests, more challenges and more learning opportunities, for the players and coaches,” Andonovski said. “The three matches will certainly be important in the selection of the Olympic Team, but we are also focused on the big picture and the overall body of work the players have put together over the past year or so for the National Team and their clubs. During these games we’ll also focus on preparing for the Olympic group matches, so we need to balance all of that, as well as manage the overall physical load on the players.”

Two players will be joining from France: Catarina Macario (Lyon) and Alana Cook (PSG). Meanwhile, Abby Dahlkemper — who is rumored to be in talks to return to the North Carolina Courage — will join from England, where she featured for Manchester City.

The full roster, along with the Summer Series schedule, is listed below.

Here's the provisional squad named by @RWSuperFalcons for the USA Summer Series in Texas, where we will face Portugal, Jamaica and USWNT from June 10-16#SoarSuperFalcons #Team9jastrong pic.twitter.com/EXiOgUNQqQ

*Jamaica and Portugal have not yet named their Summer Series roster.