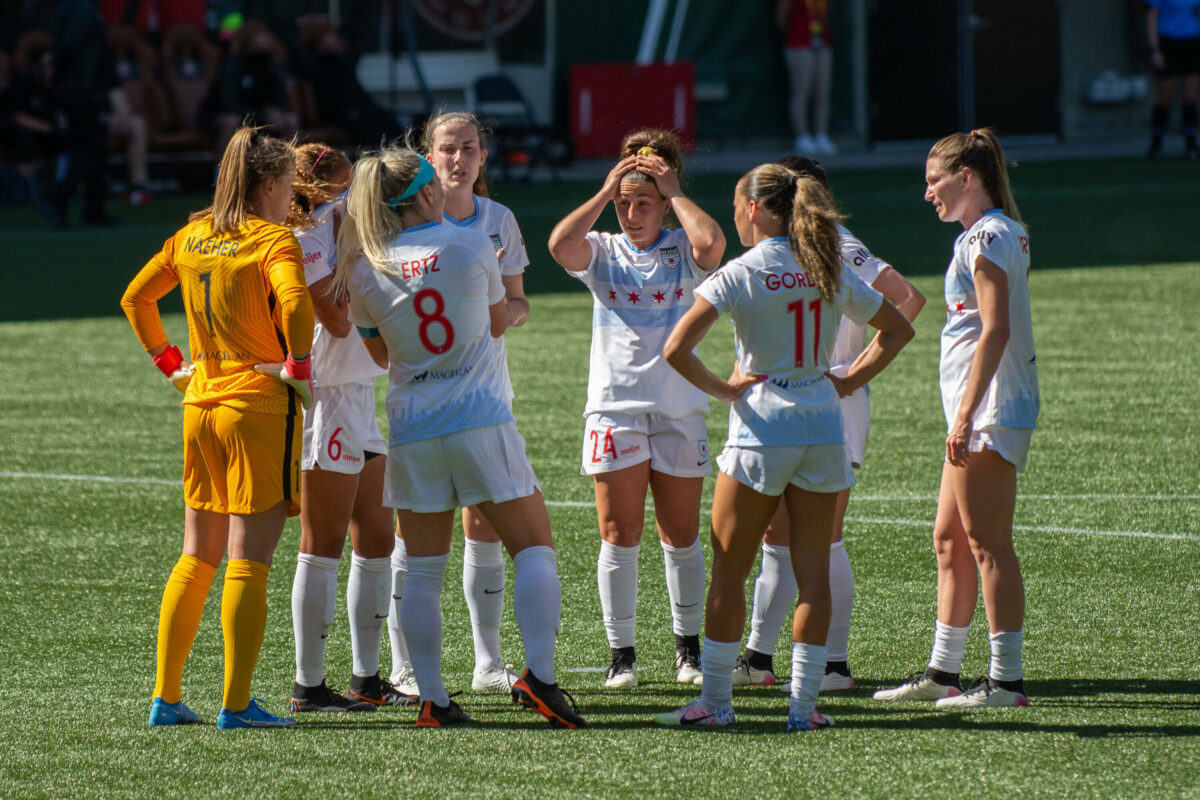 The sky was probably never actually falling on the Chicago Red Stars despite the brutal nature of their Week 1 loss in Portland, a 5-0 thumping that was over in the first 30 minutes. But the players took it upon themselves to get together and hash things out sans coaches, and assistant coach Julianne Stich gave what head coach Rory Dames called “an unbelievable talk to the team” ahead of Saturday’s regular-season home opener against NJ/NY Gotham FC. The 0-0 draw still leaves the perennial playoff side on 1 point and without a win in 2021, but the soccer was so much better it was sometimes hard to comprehend that it was the same team.

“We all kind of individually processed it and then came together as a team, just players,” Mallory Pugh said after the Gotham match. “We were like, okay what do we need to do to get ourselves back on track? I think that discussion that we had changed the whole vibe. You could just feel the energy.”

Sarah Gorden added that the players had to collectively step outside themselves as individuals to return the focus to the team. “It was nice to step out this week and be really team-first.”

It took all of about three minutes against Gotham to realize it was a completely different Red Stars team. Part of that was personnel. As if getting shellacked 5-0 by the Thorns was not enough, the team also lost Julie Ertz to a sprained MCL. Injury information has mostly come from U.S. Soccer, but it sounds like Ertz is unlikely to be seen in a Red Stars shirt again until after the Olympics.

Access the best women’s soccer coverage all year long
Start your FREE, 7-day trial of The Equalizer Extra for industry-leading reporting and insight on the USWNT, NWSL and beyond.
Subscribe
Existing Users Sign In Here
Related TopicsExtraFeaturedMallory PughRory DamesSarah Gorden