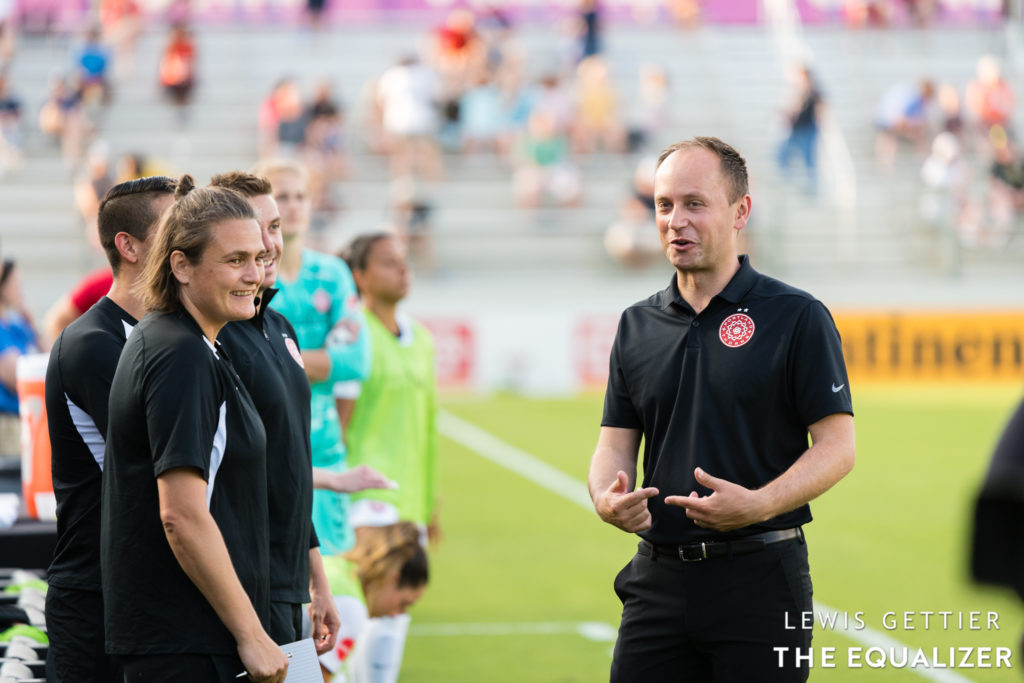 On Thursday, it became official. One week after word broke that Mark Parsons had been tabbed as the new coach of the Netherlands women’s national team, neither coach nor team — the Netherlands, but even more so his current club, Portland Thorns FC — could ignore the elephant in the room. Parsons was announced as the new Dutch coach on Thursday, with further word from Portland that he will finish out the Thorns’ 2021 National Women’s Soccer League season, which just kicked off last week.

“The Thorns are the pinnacle of club football and over the last six years I have had the distinct privilege of calling Portland my home,” Parsons said in a statement. “I am incredibly thankful for the support and understanding of Merritt [Paulson, owner] and Gavin [Wilkinson, GM/president] throughout this process. They truly treat this team as family and their leadership continues to set the standard. I am more focused and committed than ever to helping our players and staff reach our goals and bring joy to our fans this season.”

Wilkinson said in a team-released video that Parsons’ move did not come by surprise; conversations about a move closer to family have been ongoing for some time. Parsons is under contract with the Thorns through the end of the 2022 NWSL season, but the parties came to a mutual agreement.

Getting closer to family at home and a unique international opportunity.

Mark Parsons and Gavin Wilkinson discuss the difficult decision, and the focus for 2021. #BAONPDX pic.twitter.com/4EBnKeug3s

The delayed timing works out for the Netherlands, for the most part. Sarina Wiegman will depart as head coach of the Dutch after their Olympic this campaign this summer. She will become head coach of England in September. European qualifying for the 2023 World Cup begins in September, which likely means the Dutch will be without their new coach for three of the seven international windows in the group stage. The Netherlands were drawn into Group C with Iceland, Czech Republic, Belarus and Cyprus.

Equally pressing for Parsons will be the European Championship in July 2022, which will take place in England. The Netherlands are defending European champions from 2017 and made the World Cup final in 2019.

Parsons was hired by Portland ahead of the 2016 NWSL season, leading the team to the NWSL Shield that year (best regular-season record) and the NWSL Championship in 2017. The Thorns won the 2021 NWSL Challenge Cup earlier this month.

‘I’m having a f**king blast’: Meghan Klingenberg’s joy is the Thorns’ new vibe