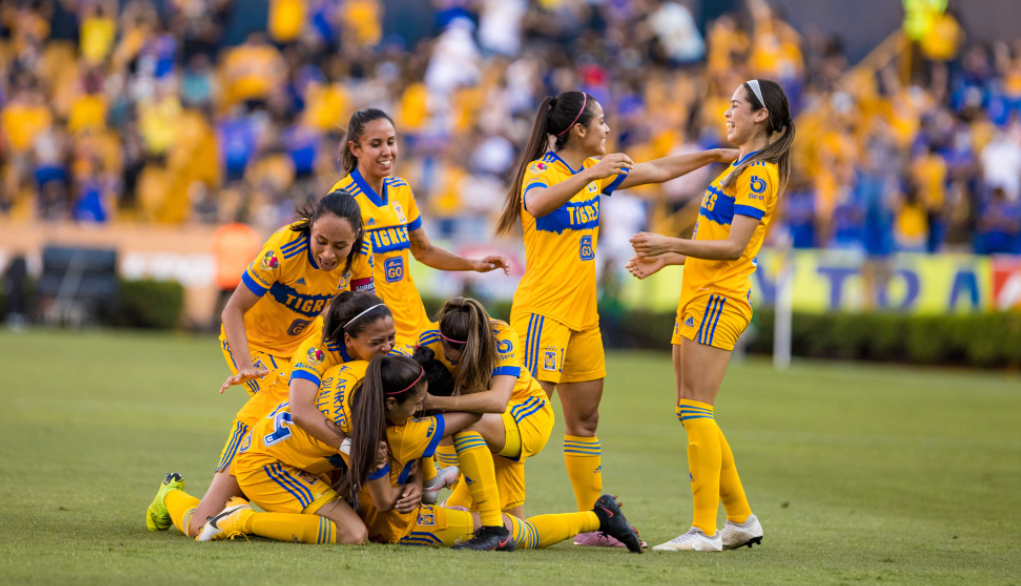 The final two teams are set for a Liga MX Femenil Clausura showdown after semifinal action wrapped up on Monday. The second leg concluded with Chivas de Guadalajara and Tigres moving on to the the final.

Monterrey and Atlas put up a strong fight, but Tigres and Chivas outlasted the two sides.

Without any delay, here is how the semifinals shaped up on Friday and Monday.

Tigres and Monterrey battled hard in the first leg, tying to give Rayadas hopes of upending the Apertura champions. However, at home on Monday, Tigres put up four goals against Monterrey to make it to their second-straight final. Ironically, these two sides met in December and battled for the Apertura title, with Tigres taking the prize.

The first leg saw all four goals scored in the second half. Nancy Antonio got on the scoresheet first for Tigres, sending in a corner kick with her head. Christina Burkenroad of Rayadas equalized five minutes later off a free kick header that Tigres was not ready to defend, as three Monterrey players were open in the box and running toward goalkeeper Ofelia Solis.

Monica Monsivais gave Monterrey the lead for the first time in the 71st minute after besting Solis on a one-on-one play. However, in the 90th minute, Blanca Solis equalized for Tigres to take the momentum away from the home side Monterrey, scoring off a tap-in right by the goal line.

Tigres showed no mercy in the second leg, piling on goals against Monterrey. It took Sandra Mayor only four minutes to get on the scoresheet, after beating out her defender and sending her shot past goalkeeper Claudia Lozoya. Belen Cruz followed it up with a 17th minute chip over the goalkeeper at the top of the penalty area.

Monterrey did score in the 25th minute, courtesy of Diana Evangelista, but her slip past Solis couldn’t muster a comeback. Antonio scored again in the second half, in the 50th minute, off a volley. Lizbeth Ovalle put the nail in the coffin with her 55th minute strike.

Tigres is the favorite in the final, winning three titles since Liga MX Femenil’s inception.

The only scoreless match occurred on Friday night between Atlas and Chivas. Alison Gonzalez — the league’s leading goal scorer during the regular season — found a goal in the 90th minute in the second leg, which wasn’t enough. In fact, Chivas can thank Atlas for punching a ticket to the final, due to an own goal from Ana Garcia in the 71st minute.

Garcia tapped in the ball on a corner kick header, trying to clear it out of the box. At first, Alicia Cervantes was credited with the goal, but the replay showed Garcia’s head hitting the ball.

The first goal, though, which was scored by a Chivas player, came from Miriam Castillo in the 46th minute, to kick off the second half action.

Cervantes was second on the list of leading goal scorers, behind Atlas’ Gonzalez. Chivas will heavily rely on her to take on a tough Tigres team.

*TUDN has not yet released their schedule for the two finals, we will be sure to update our story if TUDN lists leg one and leg two on their programing.