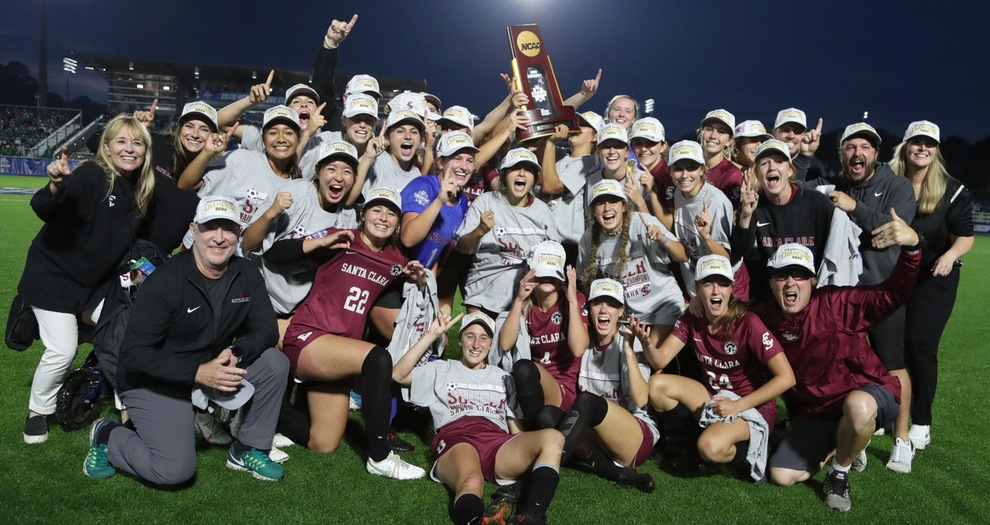 Santa Clara won the NCAA women’s soccer championship for the second time on Monday, prevailing over Florida State in a penalty-kick shootout after a 1-1 draw through extra time. The Broncos won the shootout 4-1, with Florida State twice hitting the post. The title came 20 years after Santa Clara’s first, which in 2001 included future United States women’s national team standouts Aly Wagner, Danielle Slaton and Leslie Osborne — all of whom were in the stands on Monday.

A scoreless first half gave way to a pair of goals in the final half-hour. Jenna Nighswonger opened the scoring for Florida State in the 63rd minute before Kelsey Turnbow equalized for Santa Clara with just six minutes to play, pouncing on a mistake from Florida State and slippery field conditions.

Clara Robins and Emily Madril each missed their penalty kicks, which put Florida State in a 2-0 deficit to start the shootout. Turnbow, who was picked by the Chicago Red Stars in the second round of the 2021 NWSL Draft, then made her kick from the spot, and Izzy D’Aquila sealed the title for

WE GOT OURSELVES A TIED GAME ‼️