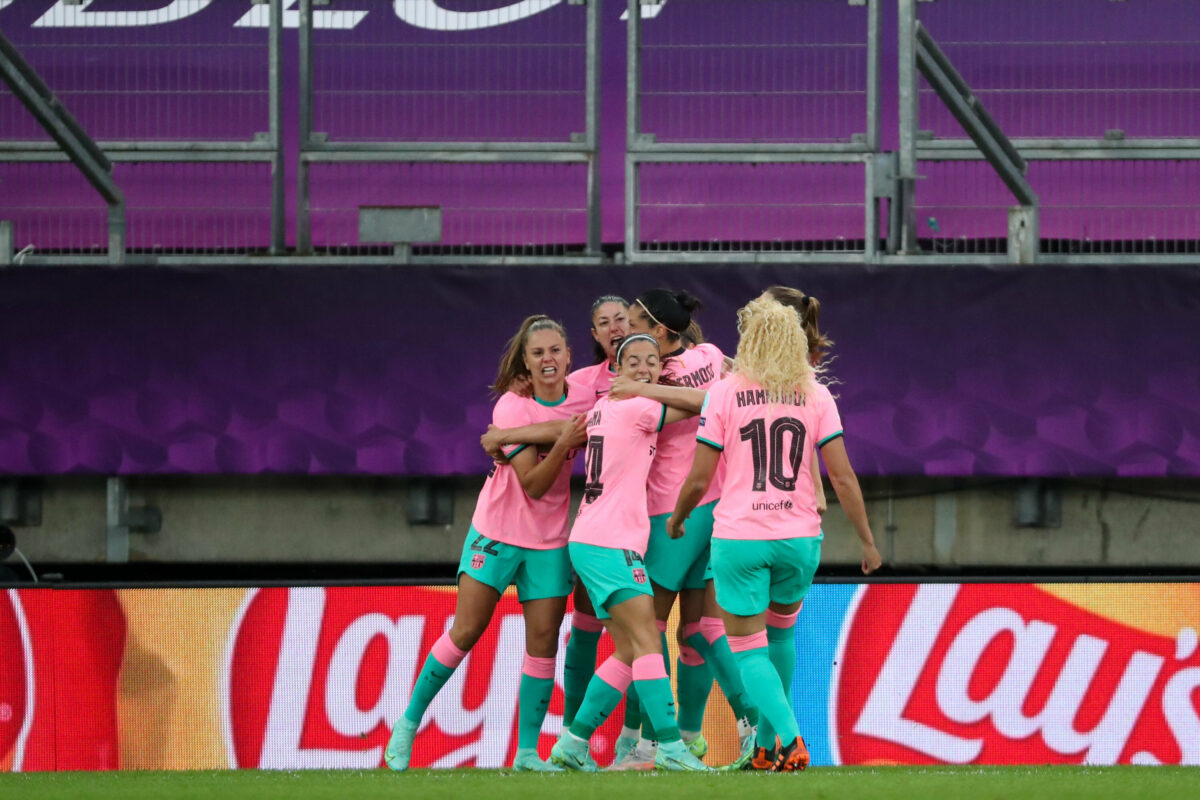 FC Barcelona has made history. The club is officially the first Spanish team to win the UEFA Women’s Champions League title, defeating Chelsea, 0-4, at the Gamla Ullevi Stadium in Sweden. In addition, the title is the first for Barcelona, ending a longtime spell by Lyon as champions of Europe.

The victory comes only a week after Barcelona won their sixth Primera División title in Spain.

Barcelona kicked off the match with some chaos inside the box, which resulted in an own-goal from Chelsea defender Melanie Leupolz. In the 14th minute, Alexia Putellas — who wore the captain’s armband for Barcelona — buried a penalty kick to double the lead.

The penalty kick came after Leupolz took down midfielder Jenni Hermoso in the box.

Barcelona continued its first-half dominance with a third goal in the 20th minute, as Aitana Bonmati snuck through the Chelsea defense and went one-on-one with Chelsea goalkeeper Ann-Katrin Berger. The fourth and final goal of the first half — and the whole match — came from Caroline Graham Hansen in the 36th minute and was assisted by Lieke Martens.

Chelsea could not find a goal, giving Sandra Panos the clean sheet in Sweden. Pernille Harder had the best chance for Chelsea in the second half, but her header went into the arms of the Spanish goalkeeper. Chelsea recently won the FA Women’s Super League title, but will not add the UWCL trophy to its case.

BARCA SCORE INSIDE THE FIRST 35 SECONDS OF THE #UWCL FINAL 🤯 pic.twitter.com/yl0GDMS5Qa

Fran Kirby on the emotions of winning, and a comeback not yet complete
Barcelona owns the moment without even hitting top gear in first Champions League triumph