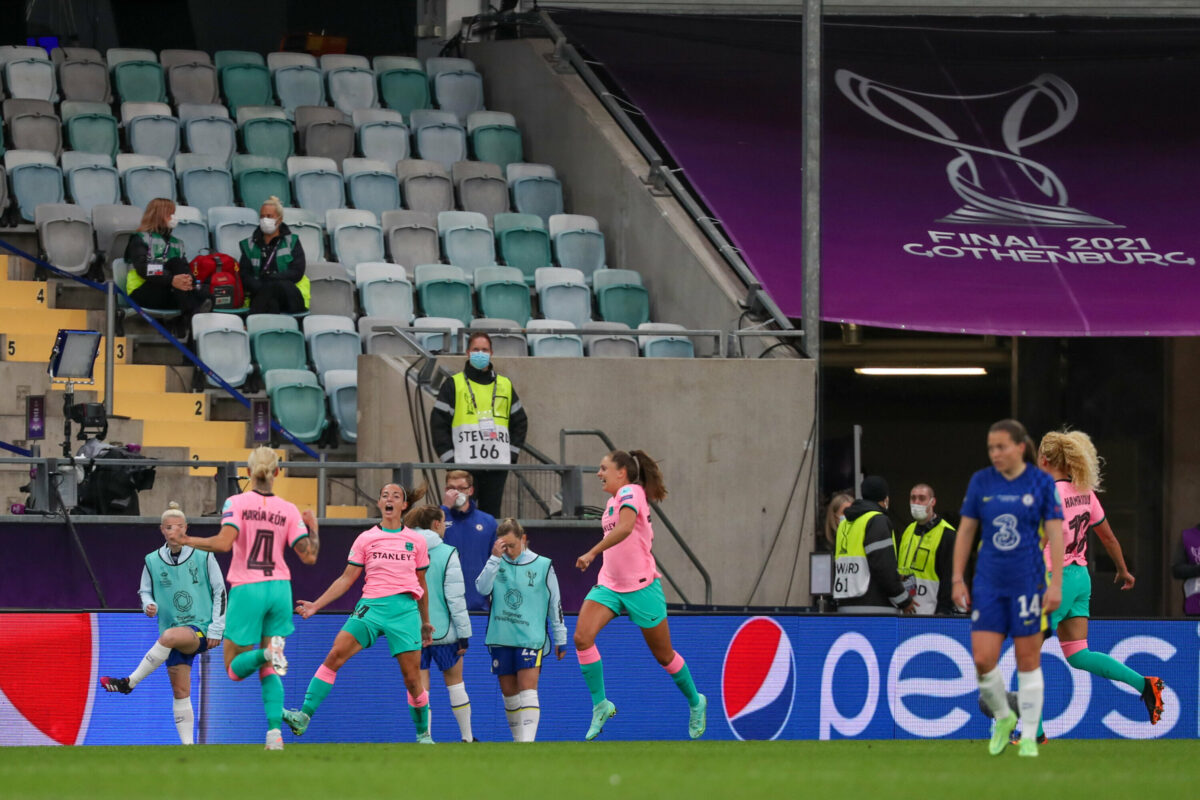 Barcelona won the UEFA Women’s Champions League for the first time in their history on Sunday, beating Chelsea, 4-0. The victory was a rewarding conclusion to a long and, at times, painful journey.

Two years ago, Barcelona reached the same glittering stage only to suffer a humiliating defeat to Lyon. Conceding four times in the first half-hour, they lost 4-1 in a one-sided final. But rather than falling away after such a difficult moment, they re-grouped and got stronger, returning to the top of Spain’s Primera Division, and earning another Champions League final spot. The fitting culmination of the process was for them to inflict a defeat upon Chelsea similar in brutality to the one they themselves had experienced previously.

Barca head coach Lluis Cortes remained in charge after the debacle of 2019. So too did most of the players. Of the 11 that played Lyon, nine were involved in Sunday’s win. Another, Andrea Pereira, would have played had she not been suspended. The only major post-Lyon changes Barcelona made were the additions of Caroline Graham Hansen and Jennifer Hermoso, both of whom played talismanic roles in the club’s eventual conquest of European soccer.

Sunday’s game was not a classic final by any means. It was not even a particularly good Barcelona performance. One could argue that, of the two English teams to face them this season, Manchester City were the unluckiest ones, suffering as they did in their quarterfinal clash against the best version of a Barca side that has dominated Spanish soccer this season, dropping not a single point in 26 games at the time of writing.

There were early signs of a potential tactical victory for Cortes and his players. Chelsea struggled to play out against suffocating high pressure early on. Barcelona won tackles, forced errors, and regained the ball deep in opposition territory. It was classic Barca, and the reigning English champions did not have an answer. However, in truth, this was a game defined more by big moments than by repeated patterns of play.