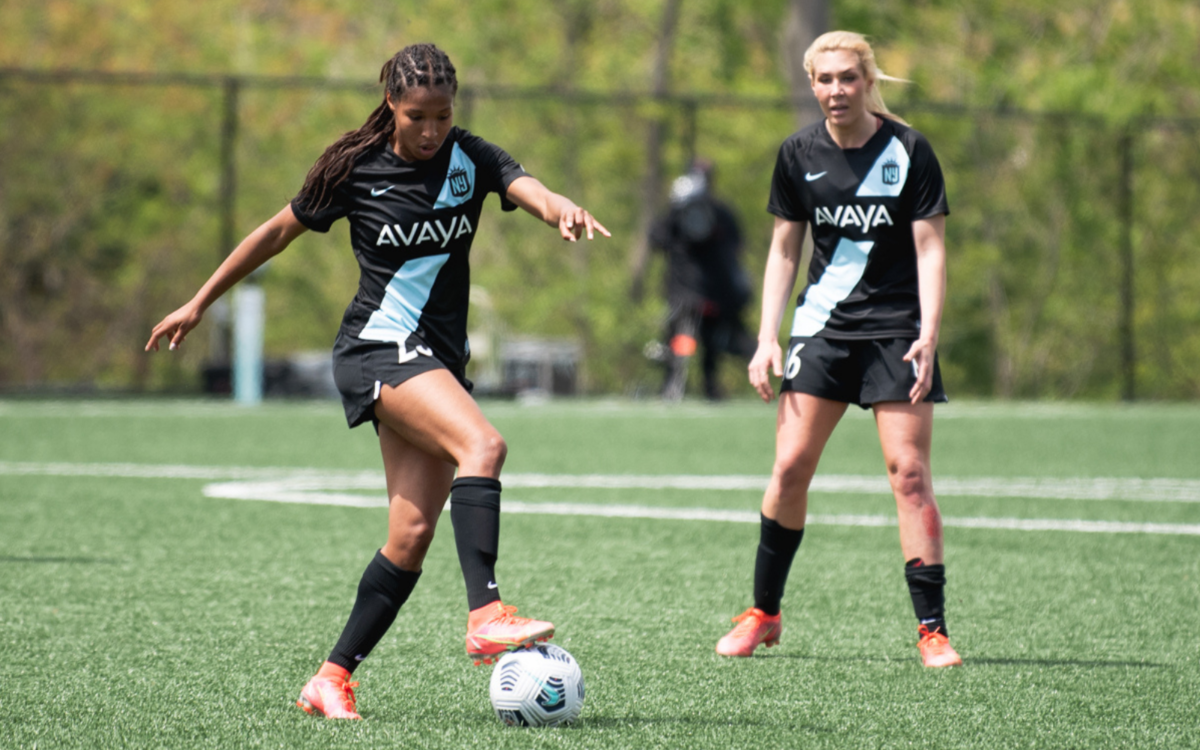 The regular season of the 2021 National Women’s Soccer League’s 2021 competition calendar kicked off on Saturday, after the Portland Thorns won the quasi-preseason Challenge Cup last week.

Throughout the regular season, The Equalizer will continue to bring you in-depth, industry-leading insight and analysis to subscribers (click here to subscribe and get premium content year-round). Our plan for game recaps is the following: one link for each day of game action, with context of what happened. The NWSL league site will give you box scores and stats; we don’t need to regurgitate that. Instead, we’ll look to catch you up on the key moments and tactical shifts. So, tonight, for example, we’ll add each of the three results as they go final. Check back at this same link after each game.

The goal of this format is to catch you up on what happened in a given match quickly but thoroughly enough to get you the need-to-know. We will still produce longer analysis in addition to these recaps. As always, let us know your thoughts, and we’ll adjust if needed based on feedback.

The Skinny:  Midge Purce scored on a 30th-minute assist from Evelyne Viens to keep the NJ/NY Gotham FC brand undefeated with a 1-0 victory over the Houston Dash. In Gotham’s first match as a full-time tenant at Red Bull Arena, they were outshot 21-9 but managed to filter most of the Dash’s attack into non-threatening chances. Kailen Sheridan was credited with four saves and earned the clean sheet in her first action since being injured playing for Canada in the opening match of the SheBelieves Cup nearly three months ago. Gotham are 1-0-0 in the regular season for the first time since 2016.

One Key Factor: The Dash had the better of the play between the 18s but were neither ruthless nor clinical with their final pass or finish. In the 29th minute an aggressive challenge from Shea Groom forced Sheridan into a mistake and Rachel Daly found herself on the ball near the top of the 18 and no one in the Gotham goal. Several Gotham defenders scrambled back to help but Daly’s inability to even get the ball directed toward the empty goal was emblematic of the evening for the Dash. A minute later, Viens found Purce for the goal and the Dash spent the next hour chasing the game.

Inside the Game:  The Nichelle Prince–Caprice Dydasco battle was the best part of the match, with Prince often getting the better of the Gotham defender only to do too little with the space. When Dydasco moved to the right after a substitution, Prince spent some time on the Dash left to continue the battle. But it was Allysha Chapman who Purce beat on the goal, and Chapman probably bit too hard for Purce’s fake to her left foot. Even though Purce wound up with a lesser angle by shooting with her right, she does an overwhelmingly high percentage of her best work on the right foot. Chapman probably would have been safer covering Purce’s right and taking her chances that anything sent to the top of the area would have been handled by a teammate.

The Skinny: OL Reign and the North Carolina Courage traded half-chances and frustrations, with each team hitting the woodwork. Abby Erceg rang the crossbar on a header in the second minute, and Megan Rapinoe slammed a shot into the post in the 69th minute. Karen Bardsley made five saves in net for the Reign, and Casey Murphy came up big late in the second half to deny Bethany Balcer

One Key Factor: OL Reign effectively counterpressed the Courage and put North Carolina’s back four under significant pressure. The Courage’s back line has been the most notable issue early in this rebuild, and despite the shutout, there were numerous, dangerous errors which put the Courage under pressure — and not just from Kaileigh Kurtz, but also from Abby Erceg, who missed the Challenge Cup due to injury. Nineteen minutes in, Erceg turned nothing into something in the wrong way. The ball got caught underneath her as the Courage tried to build out, and Leah Pruitt pounced to go the other way. Erceg fouled her from behind but, after some deliberation, referee Karen Abt decided to only show a yellow card.

Inside the Game: Courage forward Lynn Williams sat on the bench with a left hamstring injury and Rapinoe entered the match for the Reign in the 57th minute. Celia had to exit 24 minutes in due to injury and was replaced by Amber Brooks, whose NWSL record for most consecutive regular-season minutes played ended at 6,483 (over three full seasons plus three minutes). Bardsley twice denied Kristen Hamilton late in the match. Jess Fishlock had a 1-v-1 with Murphy in the 76th minute on a breakaway which began inside her own half, but she pushed her shot wide.

The Skinny: The NWSL’s two newest teams opened the regular season by sharing the points at Lynn Family Stadium. Louisville was on the front foot for most of the first half but lacked the final product in front of goal. The 2021 expansion side remains winless through five games in all competitions (four in the Challenge Cup). The scoreless draw was probably a just result as neither team really threatened for sustained periods. The teams combined for 23 shots but just four on goal.

One Key Factor: Savannah McCaskill was perhaps fittingly the standout of a match which felt close to breaking out at various points but never quite found its gear. At 24, McCaskill should still have better years ahead of her and is clearly a player Louisville is building around. She came close to scoring in the second half, but she is yet to register a point for her new team. Christy Holly decided to start Katie McClure over rookie Emina Ekic, who had a strong Challenge Cup — and whose creativity nicely complements that of McCaskill.

Some very close chances on either end and these @RacingLouFC fans are bringing the energy 🔥🔥 #LOUvKC pic.twitter.com/k9FEMSNOpl

Inside the Game: Cece Kizer’s close-range miss in first-half stoppage time, after Savannah McCaskill brilliantly burnt Mallory Weber to get to the end line, was the miss of the game and should have put Louisville on the board. Lo’eau LaBonta‘s head injury a half-hour into the match removed some of the attacking bite from Kansas City’s midfield. Rookie Victoria Pickett made up for that at times, showing off her potential — particularly on the dribble.