Fran Kirby on the emotions of winning, and a comeback not yet complete 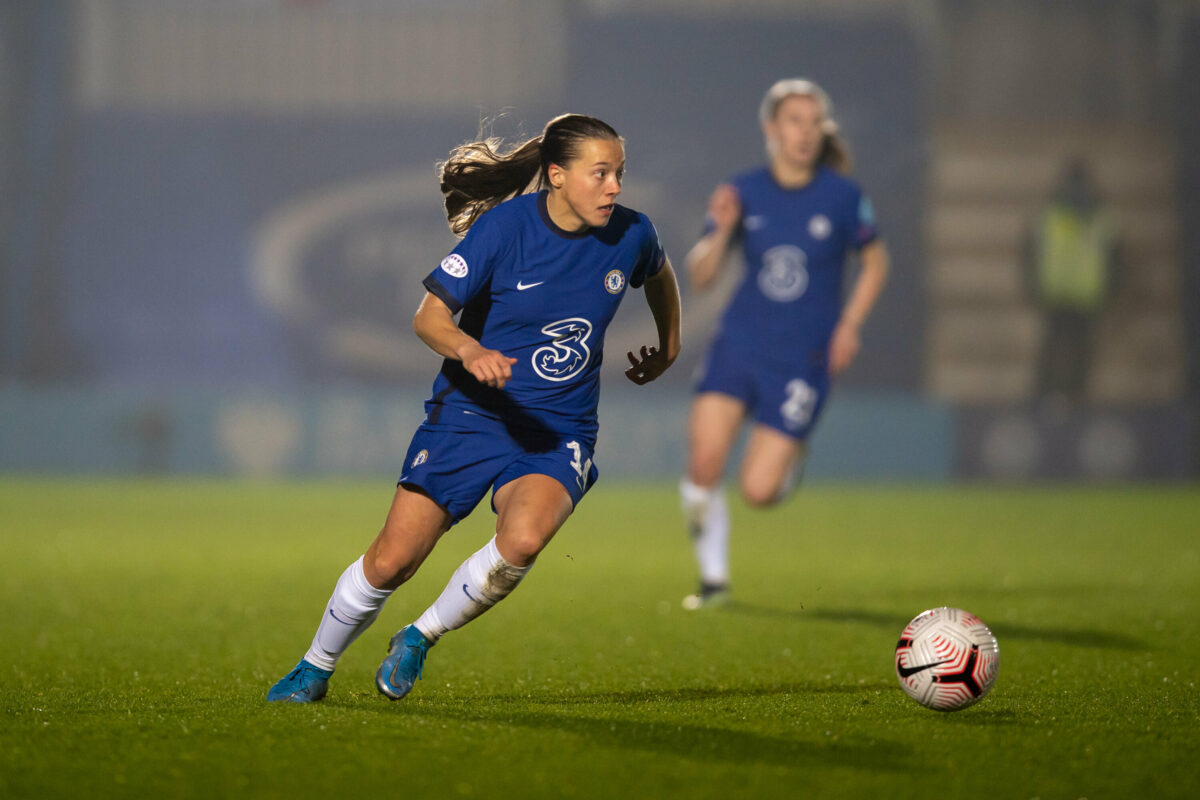 Fran Kirby’s story is nothing short of incredible. It is also one often told with a focus on her return from the low points, but perhaps with not enough emphasis on the highs.

Heading into Sunday’s UEFA Women’s Champions League final, the Chelsea star is without argument one of the best players in the world. She is a major reason Chelsea won the FA Women’s Super League and finds itself one victory from a first European title. Kirby is joint-leading scorer of this Champions League campaign — one in which, at the beginning of the season, she did not even know how much she would be able to participate.

Kirby was diagnosed with pericarditis after a scary incident involving severe chest pain in November 2019. The condition, which is caused by fluid and inflammation of the sac around the heart, threatened her career before its peak. She nearly left the game a decade ago, as a rising teenage talent, while battling depression following the death of her mother.

All of that is well-documented in Kirby’s journey (including in a short film recently released by her club). She is frequently asked about those difficult periods of her life — increasingly so as her celebrity status has grown. She speaks openly and honestly about mental health in hopes that her story will help someone else with their own struggles. She acknowledges that children who look up to her and other athletes can benefit from seeing them as humans with shared experiences.

But what might be overlooked, Kirby says, is that emotional challenges are not confined to hard times. Success — something Chelsea has found in abundance this year — is challenging emotionally, too.

“I think people think that sometimes people struggle with their mental health when things are going bad,” she tells The Equalizer a few days ahead of one of the biggest games of her career. “But for me, I feel more emotional when things are going well, because [of] all the things you’ve had to overcome, and people who maybe aren’t here who would be proud of me.

“It’s quite an interesting one, because everyone is always asking, ‘What triggers you? What makes you sad?’ For me, people never realize the emotion of winning, and I think that is a really important element. Just because things are great, I can still be quite emotional. Even though we won the league last weekend, I can still be quite emotional about something like that.”

Chelsea repeated as league champions this season in a late-season slugfest with Manchester City, silencing critics after being awarded the title last year on points per game after the COVID-19 pandemic cut the season short. The Blues won the FA League Cup, and they remain in the FA Cup, meaning hopes for matching Arsenal’s 2007 quadruple are alive. The Champions League trophy is easily the most important missing piece in that journey.

Kirby and Sam Kerr have been the most influential in that success, even among a team so rich with talent that top world players settle for reserve roles. The duo has combined for 56 goals and assists just in league play this season, with Kerr’s 21 goals earning her the FAWSL Golden Boot. Most remarkable about their collective success is that each individual performance is enhanced by the other, rather than two stars operating in silos.

“I think it shows our personalities,” Kirby said. “I think it shows the willingness, that we’re willing to do the unselfish things for one another. I’ll be in a good position and I’ll see Sam in a better position, and I’ll pass it to her, and vice versa. I think you can see on us, when the other one scores, how happy we are for that person. It’s a really strange feeling. I think sometimes I celebrate like I scored the goal that Sam scores. It just amplifies our personalities, who we are, how much we want each other to achieve. It’s not something that just happens overnight; we’ve had to work on it for a long time.”

Kirby had no idea at the outset of the season that she would be so involved. She spent the first half of 2020 recovering from pericarditis during the pandemic lockdown, relying on support from a small circle of family, friends, and her dogs. Her incredible individual output this season, and how it has propelled Chelsea to new heights, could easily be viewed as a complete story. Kirby, however, speaks not just of winning trophies, but seeing that through to the end of the season.

“It’s interesting,” she says, “because everyone says, ‘oh you made your comeback, it’s great.’ But we haven’t finished the season yet. For me, the comeback is done when the final whistle blows, and I’ve managed to get through the whole year. Of course, the comeback is great when you win trophies, but I had no expectations at the beginning of the year to even play in half the games that I have played in.”

Either Chelsea or Barcelona will win a UEFA Women’s Champions League title for the first time on Sunday. Kirby, whose professional career began with hometown club Reading, acknowledges that lifting the trophy would be a dream come true, the culmination of six years of work that the club has collectively put in under Emma Hayes’ guidance to rise from a good English club to one of the best in the world.

Success in Sunday’s match for Kirby will likely translate to success for Chelsea. Win or lose, however, there will be the emotions of a comeback complete for one of the world’s best players, and the anticipation that she still has greater achievements in her future.