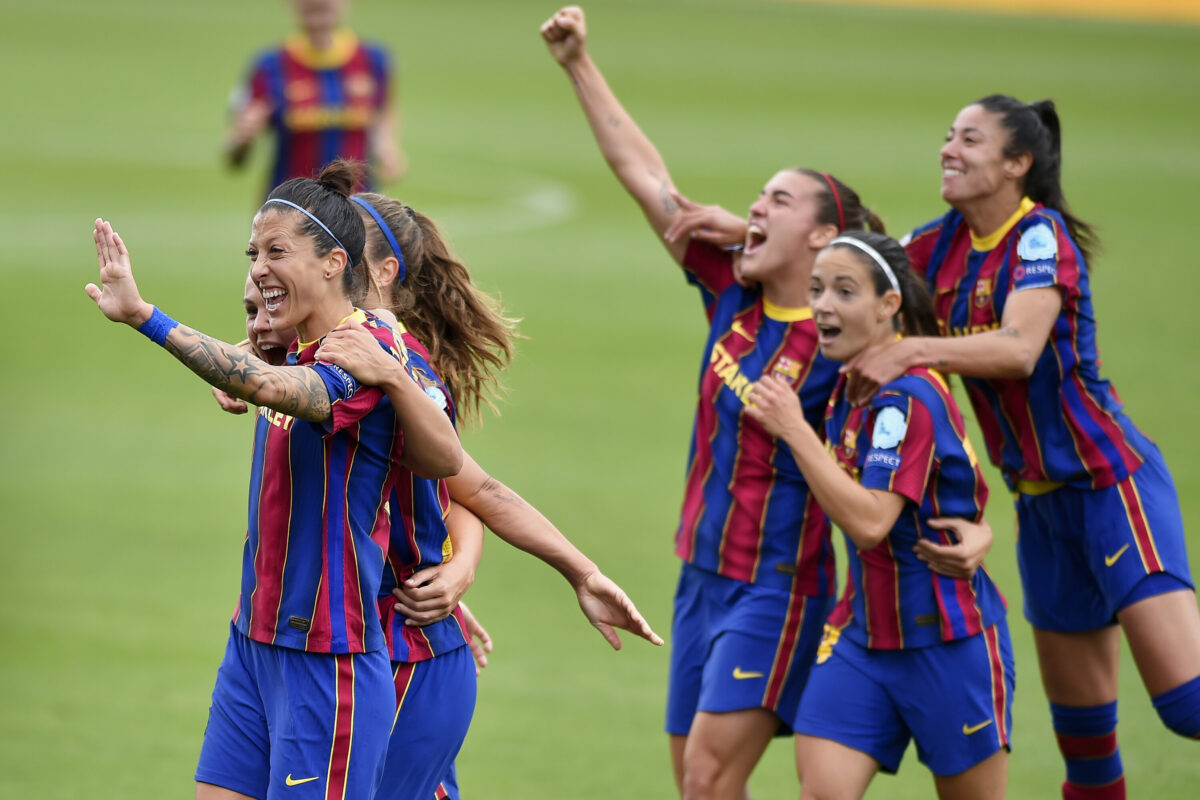 Nobody in Spain would argue that, after months of waiting for the inevitable, it was some kind of divine justice that the moment precisely arrived on Sunday, May 9, 2:19 p.m. local time. At that time, FC Barcelona’s full squad was not even in mainland Spain, but more than 1,200 miles away from the Camp Nou stadium. Surrounded by the Atlantic Ocean and sitting in front of the Sahara Desert, the chants and celebrations erupted in the tiny island of Tenerife by jumping straight into the hotel’s swimming pool.

Levante UD, Barça’s closest chaser in the table, had drawn their weekend game, and so it meant no team would be able to catch the Catalans. Winning the Spanish league title — especially in the ruthless way they did so — certainly felt like paradise, even otherworldly, and that’s precisely how the Canary Islands archipelago’s weather is usually defined. Celebrating there was simply perfect for them. This is a team that turned the Primera Iberdrola into a procession at the time teams were really starting to keep pace after years of low investment in the women’s game. Simply put, the gap was already too big to worry about. Barcelona is a perfect 26 wins from 26 games this season.

While Barça’s management went into full crisis last summer because of years of ill-advised decisions on the men’s department, the women’s locker room prepared for the 2020-21 season without a single reinforcement. And they didn’t need it: the job had been done during the previous years. They had enough patience to develop their homegrown talent from La Masía — Alexia Putellas, Aitana Bonmatí, Patricia Guijarro — while investing with no hesitance to bring some of the finest prospect from Europe, like Lieke Martens and Caroline Graham Hansen.

UWCL Final Preview: Barcelona, Chelsea look to lift trophy for the first time
Fran Kirby on the emotions of winning, and a comeback not yet complete