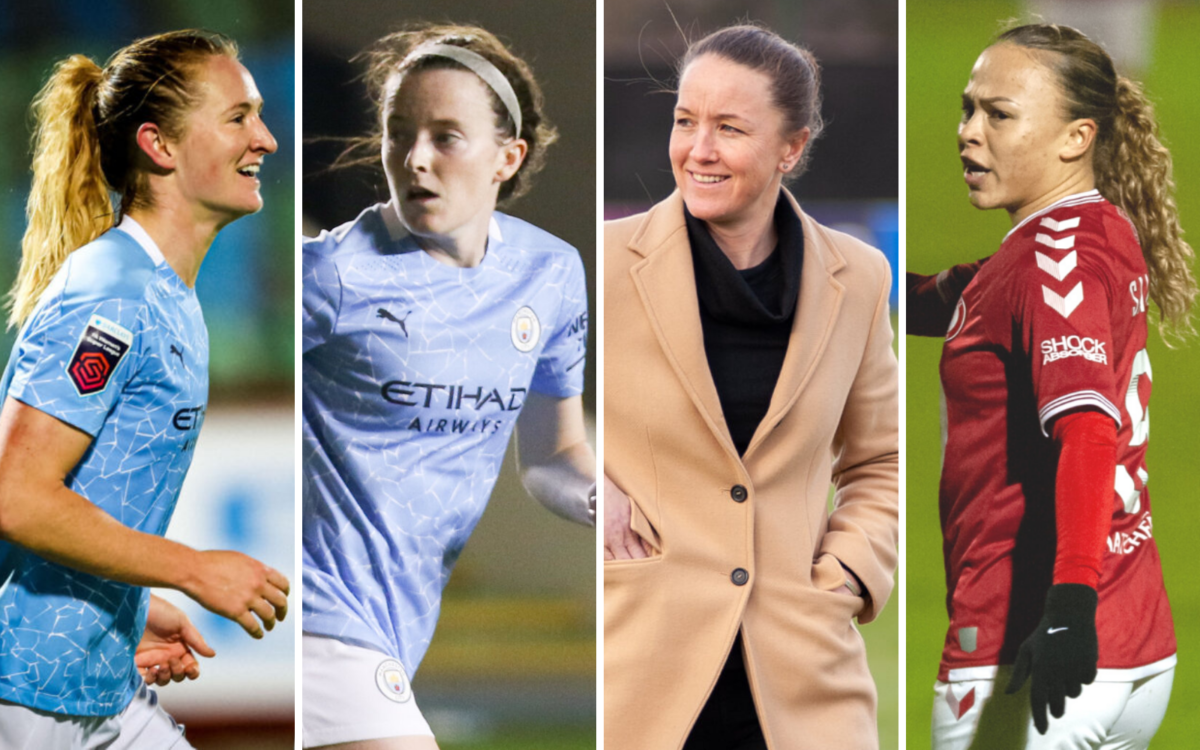 Sam Mewis and Rose Lavelle will return to the National Women’s Soccer League after one season with Manchester City, sources tell The Equalizer, and they could be joined in the league by coach Casey Stoney, whose departure from Manchester United was announced on Wednesday.

Mewis is expected to return to the North Carolina Courage, sources told EQZ’s Dan Lauletta and John Halloran last week. She tallied seven goals and two assists in 17 league games (14 starts) for Manchester City in the 2020-21 season, garnering attention as one of the best players in the world.

Lavelle, her Manchester City and United States teammate, will return to the NWSL to play with OL Reign — who obtained her rights from the Washington Spirit last August — sources tell EQZ’s Jeff Kassouf and Dan Lauletta. Lavelle started only three league games and came off the bench in 13 other matches. She scored once in league play. Head coach Gareth Taylor infamously used Lavelle primarily as a left-sided winger this season rather than in the No. 10 role in which she has thrived for the U.S.

The Reign acquired the rights to Lavelle from the Washington Spirit last August, around the time that she announced her move to Manchester City, in exchange for the Reign’s natural first-round pick in 2022, $100,000 in allocation money and additional money conditional upon Lavelle’s future status in the NWSL. The Spirit would be owed that further compensation based on Lavelle’s return and depending upon the conditions.

Reign CEO Bill Predmore said in that August announcement that Lavelle “fits perfectly into our long-term vision for the squad” and that the Reign “are willing to make the necessary short-term sacrifices, exercise the needed patience, and do whatever work is required to realize our goal of bringing Rose to OL Reign in the future.”

On Wednesday, the Reign officially announced the acquisition of French international Eugenie Le Sommer on loan from Lyon, who share ownership with OL Reign. Le Sommer will arrive in June and remain with the Reign through the end of the 2021 season. She is the third such Lyon player who will join the Reign on loan for most of the 2021 season, joining Dzsenifer Marozsan and Sarah Bouhaddi.

Reign’s acquisition of Bouhaddi, Marozsan is a sign of the times

Mewis and Lavelle led a small surge of top American talent heading to England in 2020, but that was always likely to be short-term. Each had one-year deals with additional one-year options. Alex Morgan returned to the Orlando Pride after only a few months at Tottenham, and the futures of Christen Press and Tobin Heath at Manchester United remain to be determined (one thing that is very clear, as it has been, is that neither will be playing in Louisville). In the end, Abby Dahlkemper’s move to Manchester City — which did not happen until January — could be the most permanent. She signed with the team through summer 2023.

Casey Stoney stepped down as head coach of Manchester United on Wednesday, with multiple reports citing her unhappiness with a lack of club support for the women’s team as the reason why. The Equalizer understands that Stoney wants to coach in the NWSL. There are impending openings at 2022 expansion side, Los Angeles-based side Angel City FC, and — assuming that Rob Burkle’s plans get approved by the NWSL Board of Governors — the San Diego expansion team which was once due to be a team in Sacramento. Portland Thorns coach Mark Parsons also looks set to leave the team after the 2021 NWSL season to take over as coach of the Netherlands women’s national team, sources told The Equalizer earlier this week. Portland has already begun looking into potential candidates.

The Athletic’s Meg Linehan and Katie Whyatt report that Stoney is the preferred choice of former United States coach Jill Ellis — who will take on a sporting director type of role for the would-be San Diego team set to begin plan in 2022 — and that Stoney is in the final stages of negotiation with that prospective San Diego team. That would be another indication that San Diego will be the market that the team moves forward in, but there remains no official comment from the NWSL nor Burkle’s ownership group.

Forward Ebony Salmon announced on Wednesday that she was leaving Bristol City, who on Sunday confirmed relegation from the FA Women’s Super League. A few hours later, Racing Louisville announced that Salmon is joining the NWSL expansion team on a two-year contract. Louisville kicks off the regular season on Saturday; Salmon will join the team “upon receiving her visa.”

Salmon is a 20-year-old English forward who scored six of Bristol City’s 17 league goals on the season. She also scored twice in the FA League Cup quarterfinals to help Bristol City advance — eventually to the final, where they were run over by Chelsea in a 6-0 loss.

Salmon’s style of play as a counter-attacking outlet for Bristol could match well with the gritty identity Louisville is establishing early on in its NWSL days. Blair Newman wrote for EQZ in February: “With an incredible turn of pace, Salmon can attack space in a way few other strikers can. And her athleticism is all the more dangerous when married with intelligent off-the-ball movement.”

SUBSCRIBE TO THE EQUALIZER EXTRA FOR DAILY, INDUSTRY-LEADING COVERAGE OF WOMEN’S SOCCER