Liga MX Femenil, Clausura: No upsets in Quarterfinals of the Liguilla 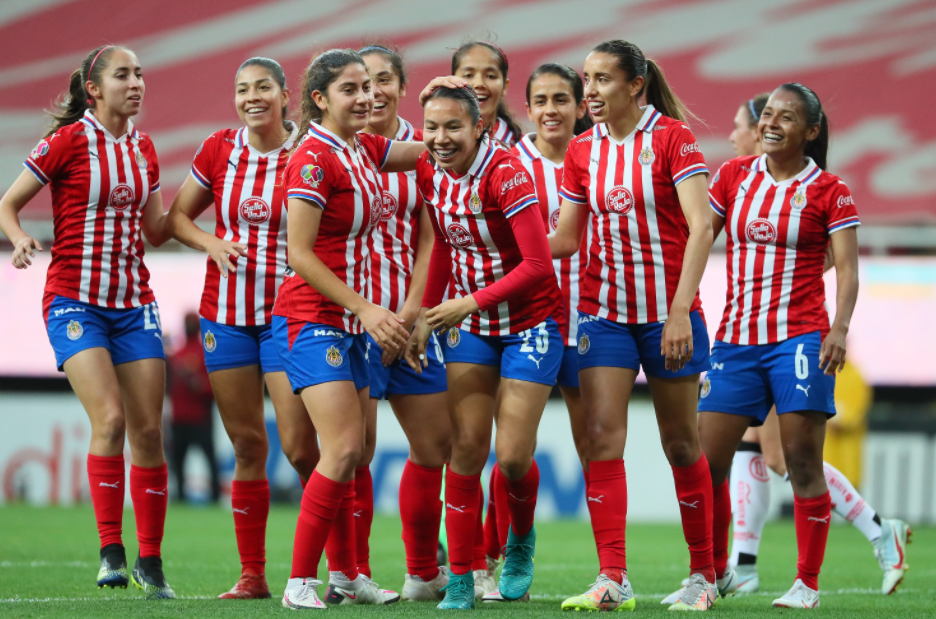 The regular season has come and gone for Liga MX Femenil and the playoffs have begun. The Liguilla playoff competition kicked off on May 7 with the first leg and wrapped up on Monday with the second leg. There were not upsets in the quarterfinals, as all of the higher-seeded teams advanced to the semifinals.

Atlas, Chivas, Tigres and Monterrey are moving on. Take a look at how they did it in our roundup.

Atlas put up five goals in two matches against Pachuca to reach the Liguilla semifinals. Liga MX Femenil regular-season leading goal-scorer Alison Gonzalez did not score at all in the first leg, but notched a brace in the second leg on Monday.

Her first goal came in the 43rd minute, breaking away down the right side of the field and aiming for the far post. Her second strike was a similar strike, edging out her defender one-on-one.

The one goal that Atlas gave up came off an own goal by goalkeeper Ana Paz in the second leg. On a Pachuca corner kick in the 70th minute, Paz jumped up to punch the ball, but deflected the shot into her own net. It was a minor hiccup that Atlas will need to be careful of when facing Chivas in the semifinals.

Pachuca exited the competition after finishing in sixth place in the regular season.

🔴⚫️ Alison Gonzalez adds another two goals to her outstanding tally to power Atlas into the Liga MX semi-finals for the first time! It's hard to believe she's only 19! 🤩@AlisonGlz30 | @AtlasFCFemenil | @LigaBBVAFemenilpic.twitter.com/nNMNt2Rw0Z

Chivas earned two cleans sheets in two legs against Toluca, who finished in seventh place on the table. Chivas had a harder time scoring on the road in leg one. At home, it was a different story for the Guadalajara club, scoring three goals and posting a clean sheet.

Anette Vazquez gave Chivas the small boost with the lone goal in leg one, scoring in the 45th minute on a corner kick volley at the top of the box. In the second leg, Alicia Cervantes returned from an absence in the last regular season contest to put up two goals in the second half. Cervantes headed the ball past Toluca goalkeeper Sandra Lozano in the 5oth minute and followed up in the 81st minute with another header on a free kick.

In the 86th minute of the second leg, Gabriela Valenzuela, the 22-year-old from Ahome, scored on the third and final header, which came off a corner kick, proving that Chivas’ scoring game is dominant on set pieces.

Chivas will take on goal-scoring leader Alison Gonzalez and Atlas in the semifinals.

It was a rough outing in the playoffs for Club America, who barely squeaked in over Cruz Azul in the final two weeks of competition. Tigres, who took first place on the standings at the end of the Clausura regular season, put up a dominant performance, showing why they won the Apertura in the fall and are looking for another Clausura title.

On the road, Tigres put up four goals against goalkeeper Renata Masciarelli. Tigres standout Belen Cruz was responsible for two of the goals, while captain Sandra Mayor scored on a one-touch tap inside the box as she was left unattended by America’s defense. Lizbeth Ovalle scored the fourth and final goal on the road in the 61st minute.

The second leg added two more goals for Tigres, giving them a whopping 6-0 aggregate final score. Belen Cruz scored again in the 88th minute, notching three goals in two games against America. Cruz looked to cross the ball to Mayor and an oncoming attacker, but saw the ball curve into goal, bouncing off the post and into the net. Also, Maria Elizondo scored in the 82nd minute, notching her first of the season.

The only team to advance to the semifinal with multiple goals given up, Monterrey moved past Pumas after two 2-1 finishes in both legs. Pumas scored once on the road and once at home, putting up a fight against Rayadas.

On the road, in leg one, Pumas did strike first. In the 32nd minute, Deneva Cagigas scored off a rebound coming off the hands of goalkeeper Alejandra Godinez. However, Monterrey came back and scored two goals. Monica Monsivais struck first, in the 49th minute, equalizing early in the second half off a header. Christina Burkenroad scored in a similar manner in the 67th minute, notching the game winning strike.

The second leg provided the same score, but a different tale of the tape. This time, Monterrey scored twice in the first half to gain an early lead over Pumas. Annia Mejia took 17 minutes to find the back of Melany Villeda’s net, while Monsivais scored her second goal in two games in the 30th minute. However, in the 60th minute, Pumas attempted the comeback with a goal from Dinora Garza, who picked off the defender and chipped goalkeeper Godinez.

Pumas gave a good fight but bowed out of the Liguilla. Monterrey will be looking at the tape from both matches — especially for Pumas’ lone goal in the second leg off a terrible defensive giveaway — and look to clean up errors against the dominant Tigres.

Atlas vs. Chivas at 6 PM ET

Tigres vs. Monterrey at 8 PM (TUDN)

*TUDN does not have listings yet for the Liga MX Femenil semifinal matches.

Newman: My FAWSL team of the year and awards picks
UWCL Final Preview: Barcelona, Chelsea look to lift trophy for the first time