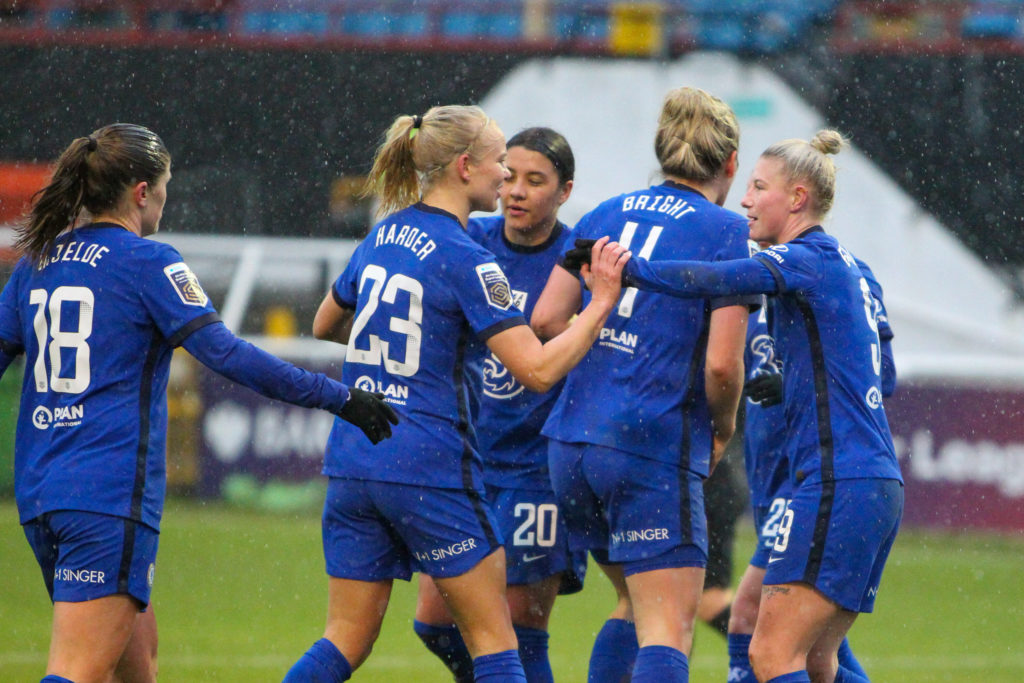 Sam Kerr and Fran Kirby combined as they have all season and Chelsea rolled to a 5-0 victory over Reading on Sunday to seal a second straight FA Women’s Super League title.

Kirby scored on each side of halftime, with assists from Kerr on each occasion. Kerr scored in the 71st minute for Chelsea’s fourth goal and Erin Cuthbert added a fifth goal only four minutes later. Melanie Leupolz opened the scoring for Chelsea 68 seconds into the match.

The Dynamic Duo. @ChelseaFCW are 45 minutes from the title 🏆pic.twitter.com/MhjnWflr5J

Chelsea entered the final day of the season with a 2-point cushion over Manchester City after the two teams drew, 2-2, on April 21. Manchester City needed to defeat West Ham (which they did) and get help from Reading, which looked unlikely after that early Leupolz goal. United States internationals Sam Mewis and Rose Lavelle each had penalty kicks saved by West Ham goalkeeper Mackenzie Arnold.

Chelsea will play Barcelona on May 16 in the UEFA Champions League final in an ongoing quest to win the quadruple. The Blues previously won the FA League Cup this season and remains in the hunt for the FA Cup.