In Thorns’ pursuit of mastery, NWSL Challenge Cup title is only a starting point 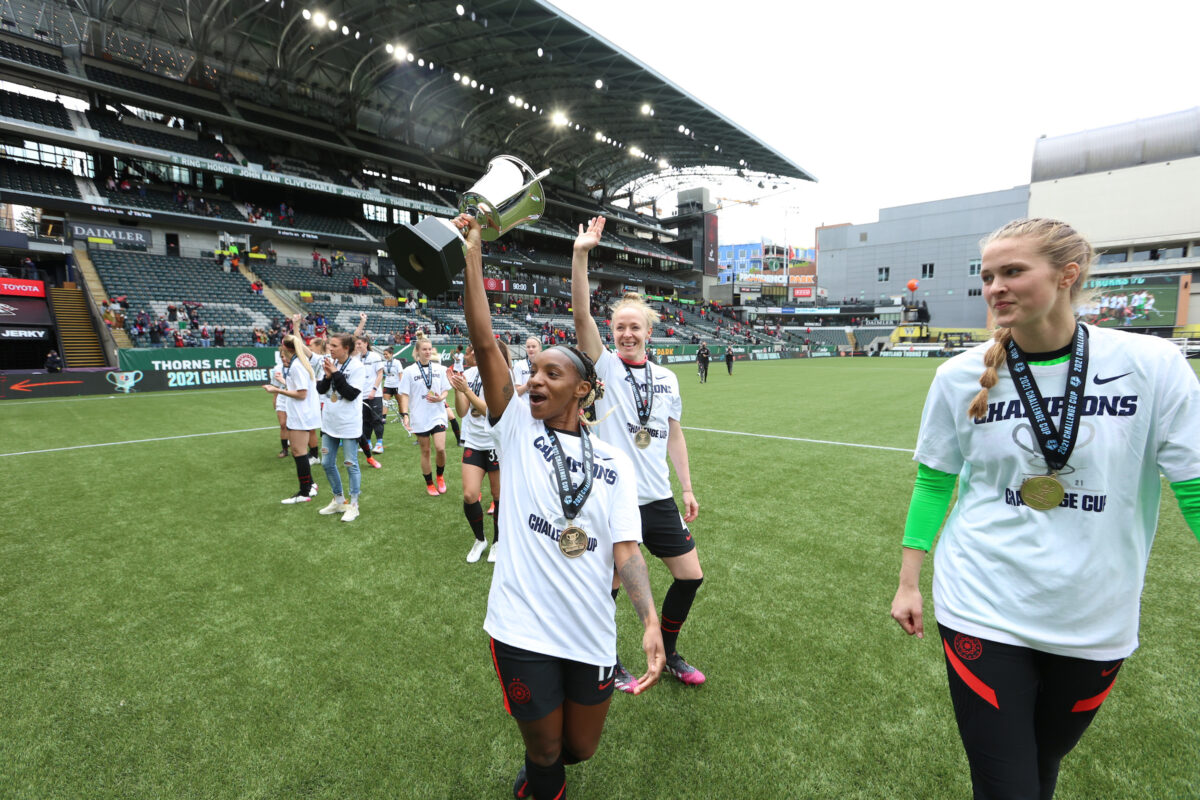 In the end, the 2021 National Women’s Soccer League Challenge Cup was lifted by the best team over the course of the month-long tournament — the Portland Thorns just made it a little harder on themselves than they needed to.

Portland prevailed at home on Saturday, defeating NJ/NY Gotham FC in a sudden-death, penalty-kick shootout after a 1-1 game through 90 minutes. The Thorns fired off 26 shots — more than triple their opponents’ output — but were mostly wasteful in front of net. It was a performance which showed both that there is room for improvement early in the 2021 competition calendar, but also that just about everything else is already firing on all cylinders for the league favorites, from the much-hyped, all-world midfield to the return of Adrianna Franch in goal.

Leaving the result to penalty kicks might not scream of dominance, but the overall flow of the match and the final result were confirmation that Portland is the team to beat in 2021. The Thorns’ self-assessment after the match further suggests that their goals are much more ambitious than any one trophy.

“At least we made it fun for TV,” Thorns coach Mark Parsons said postgame, tongue in cheek. “I did think the game should have been wrapped up much earlier. Look, we got away with it today, because that could have gone the wrong way, and that would have been a really harsh lesson for us. We made it entertaining; the goal is not to do that again in the future. I want us to play at the level we can for every minute and be able to impose our personality and mentality into the game and wrap games like this up way earlier.”