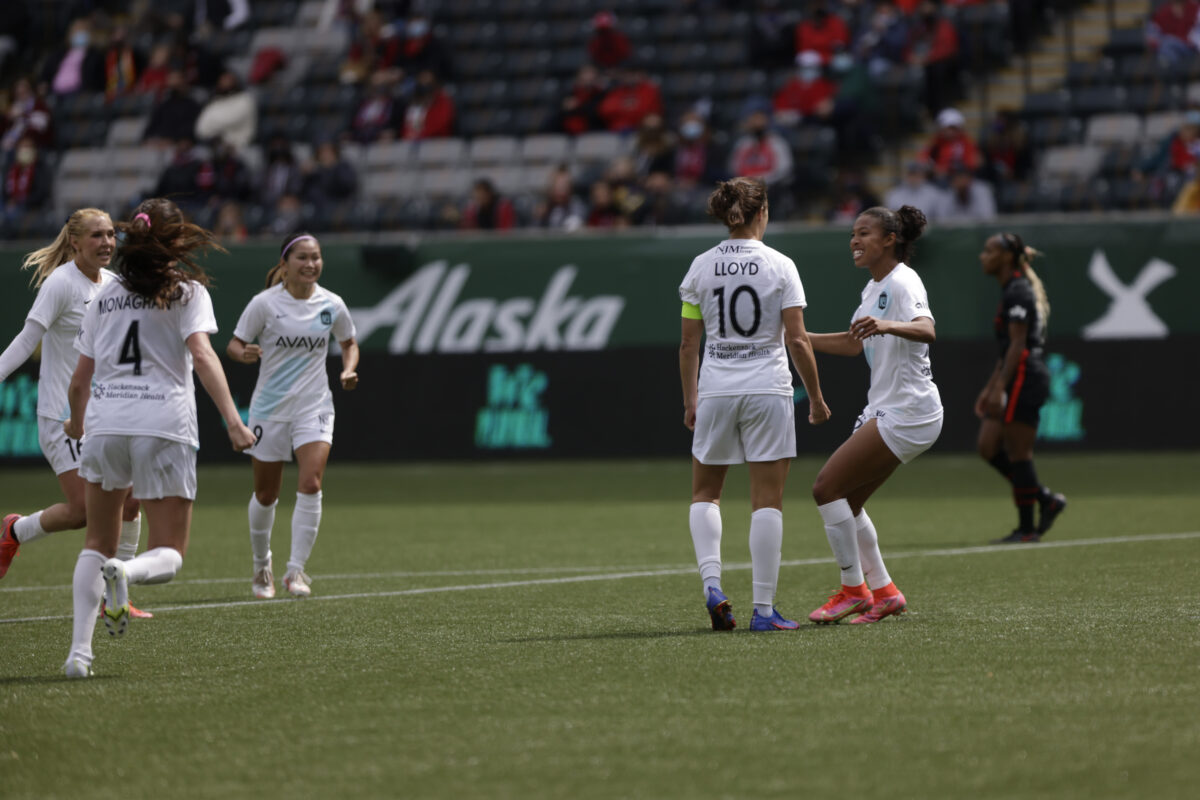 It is not easy to walk off the pitch as the losing team and be able to see the silver linings so clearly. Players and coaches will give that process some clever lip service, but in the end, a loss is a loss; and those sting.

There are fewer more difficult ways to lose than a soccer match in penalty kicks. It is a loss on penalties that NJ/NY Gotham FC will be left to ponder on their cross-country flight home after the 2021 National Women’s Soccer League Challenge Cup final penalty shootout fell to the Thorns after a 1-1 draw at Providence Park on Saturday.

There may be room, however, for the Gotham postscript to be just a little different than most. As they walked off the pitch on Saturday in Portland, less than three years had passed since a victory over the Orlando Pride was celebrated for the sole reason that it kept the team then known as Sky Blue FC from going winless across a 24-game regular season.

“You had to bring up that season… what a tough season that was” Carli Lloyd, who scored Gotham’s goal on Saturday and the goal to beat the Pride in 2018, said after the penalty kicks. “We had a tough 2018. 2019 was a little better. But I just think we’ve regrouped, we’ve rebranded. We’ve got a great group of players and people; the staff working behind the scenes to try to make this club a respectable club.”

Thorns defeat Gotham in penalties to win 2021 Challenge Cup
In Thorns’ pursuit of mastery, NWSL Challenge Cup title is only a starting point