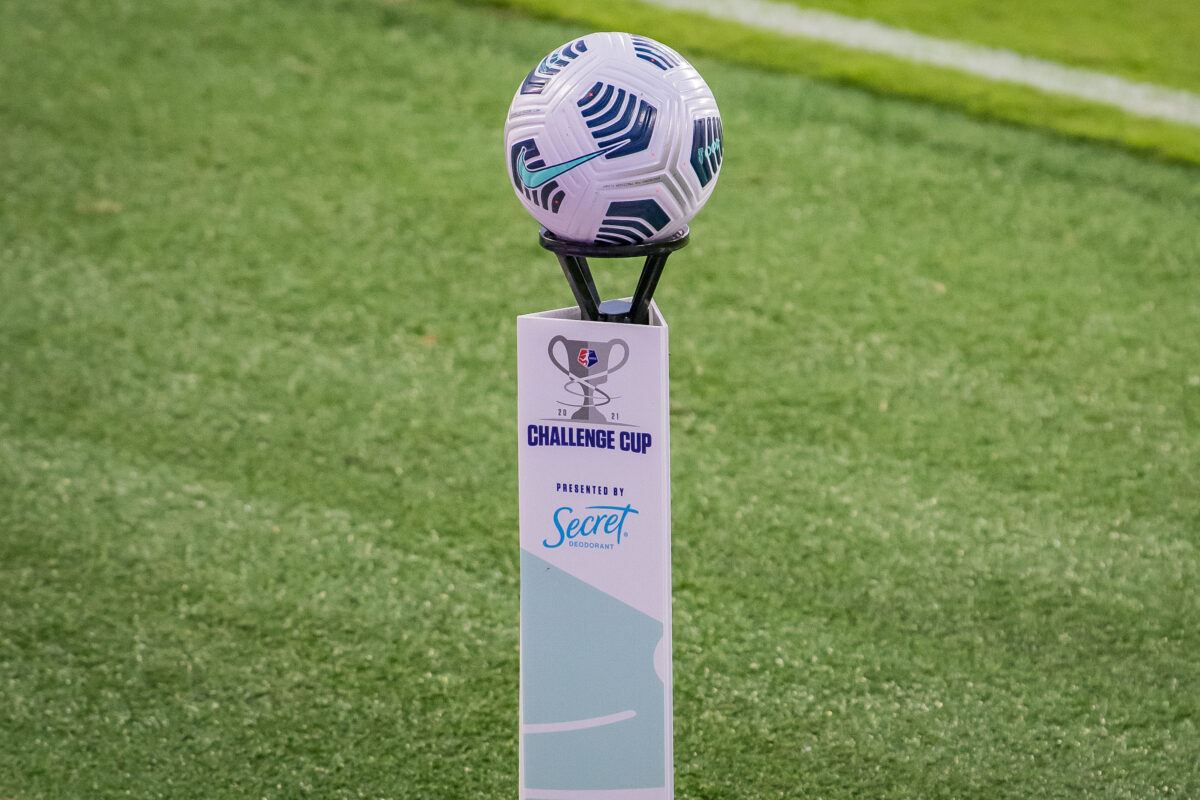 The Portland Thorns host NJ/NY Gotham FC on Saturday in the 2021 National Women’s Soccer League Challenge Cup final. The early-season (some might argue, ‘preseason’) tournament sees the clear favorite coming into the season (Portland) hosting the rebranded-and-embracing-villain-status Gotham, which is looking for its first trophy since 2009, when the team was known as Sky Blue FC.

Kickoff is at 1 p.m. ET and the game is on big CBS in the United States. The game will air on Twitch internationally, including in Canada.

Tale of the tape: Portland

The Thorns have easily been the most consistent team of the 10 in the 2021 NWSL Challenge Cup — with the obvious caveat being that we’ve only seen each team in four games, and many teams openly said they were treating this tournament like preseason.

That said, Portland’s ability to maintain a consistent style and level of play — even grinding out some results — is particularly impressive given the significant international absences the Thorns had to start the tournament. Portland’s reserves (which isn’t quite the right term for their individual quality) held down the fort. Even the moves which felt like a stretch — Meghan Klingenberg in midfield, for example — paid off. Crystal Dunn, Lindsey Horan and Christine Sinclair have picked up where they left off, and Simone Charley looks primed for her best season yet — something the early numbers support.

Thorns players and staff haven’t been shy about saying they want to win everything this year, and they’ve certainly played with the ferocity in this Challenge Cup which suggests they did not view it as preseason. Saturday is their first of four known shots at a trophy this year. They’ll host the ICC in the summer, and then there is the Shield and the NWSL Championship. Even a limited number of fans in Providence Park will create a home-field advantage. An early goal for the Thorns would set the tone and energy in the building — and make for a wide-open game.

Tale of the tape: Gotham

The self-proclaimed villains of Gotham did not qualify in the most glorious of ways — clinching the East Division with a scoreless draw against Racing Louisville FC — but an unbeaten run through the group stage is nothing to sneeze at, particularly with North Carolina lurking for another shot at a final. The 4-3 win over the Courage, headlined by Midge Purce’s brace, ultimately proved decisive.

Purce is off to a strong start up top, and Paige Monaghan remains relatively under the radar for the quality she brings. The addition of Allie Long in the midfield makes for a surplus in the middle of the field and gives head coach Freya Coombe options — always a good problem to have. McCall Zerboni is still out injured for Saturday’s final, but there is significant potential for this team this season.

Saturday is about setting the tone for the rest of Gotham’s year. Just being in the final is a proof of concept that the new feeling around the team is more than just talk. Gotham won’t settle for just being in the final, but regardless of Saturday’s result, their presence there sends a message that they are legitimate contenders in a league which will admit six of 10 teams into the playoffs in November. In many ways, Gotham’s 2021 Challenge Cup narrative parallels that of the Houston Dash at the 2020 Challenge Cup: there was improvement made in ways seen internally, but the tournament was about showing that to the outside world by putting together results. Gotham has done that so far.