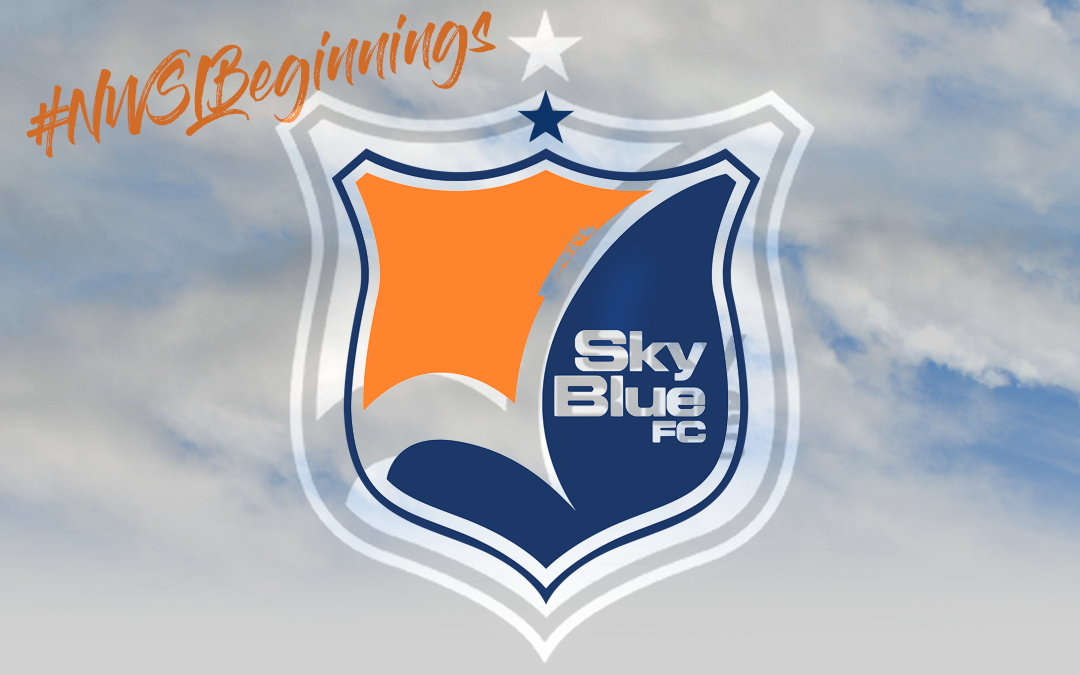 The NWSL Beginnings series provides EQZ Extra subscribers with exclusive stories on how teams got their names and identities. Click here to read the entire series, including the origins of the league name and logo.

There is little doubt that the NJ/NY Gotham FC rebrand is already a success on and off the field. The National Women’s Soccer League’s all-important New York City-area team received rave reviews for its new look, which was unveiled last month, and on Saturday will compete for the 2021 Challenge Cup title. The franchise, however, already has a trophy to its name — an old, confusing name, that is.

Gotham was previously known as Sky Blue FC, the inaugural champions of Women’s Professional Soccer in 2009. That Sky Blue team lifted the trophy against significant odds while wearing bright orange jerseys and shorts, which only added to mixed messaging surrounding the name and the branding.

For years, even those within the organization failed to fully grasp the purpose behind the Sky Blue FC branding. The name did not have a geographic identifier to New Jersey or New York, and the lighter ‘sky blue’ color did not even feature in the crest (and sometimes not in team uniforms, either). Ongoing questions about a brand whose reputation had eroded, along with business motivations for more closely identifying with New York City, led to the recent rebrand.

Still, the Sky Blue era remains part of the team’s history, one which bridges two professional leagues. The franchise is the only one to have participated in every season of the NWSL (2013-present) and WPS (2009-11). To put a bow on the rebrand to Gotham FC, this is the story of that Sky Blue name, and what it was meant to represent.

Access the best women’s soccer coverage all year long
Start your FREE, 7-day trial of The Equalizer Extra for industry-leading reporting and insight on the USWNT, NWSL and beyond.
Subscribe
Existing Users Sign In Here
Related TopicsExtraFeaturedNWSL BeginningsSky Blue FC