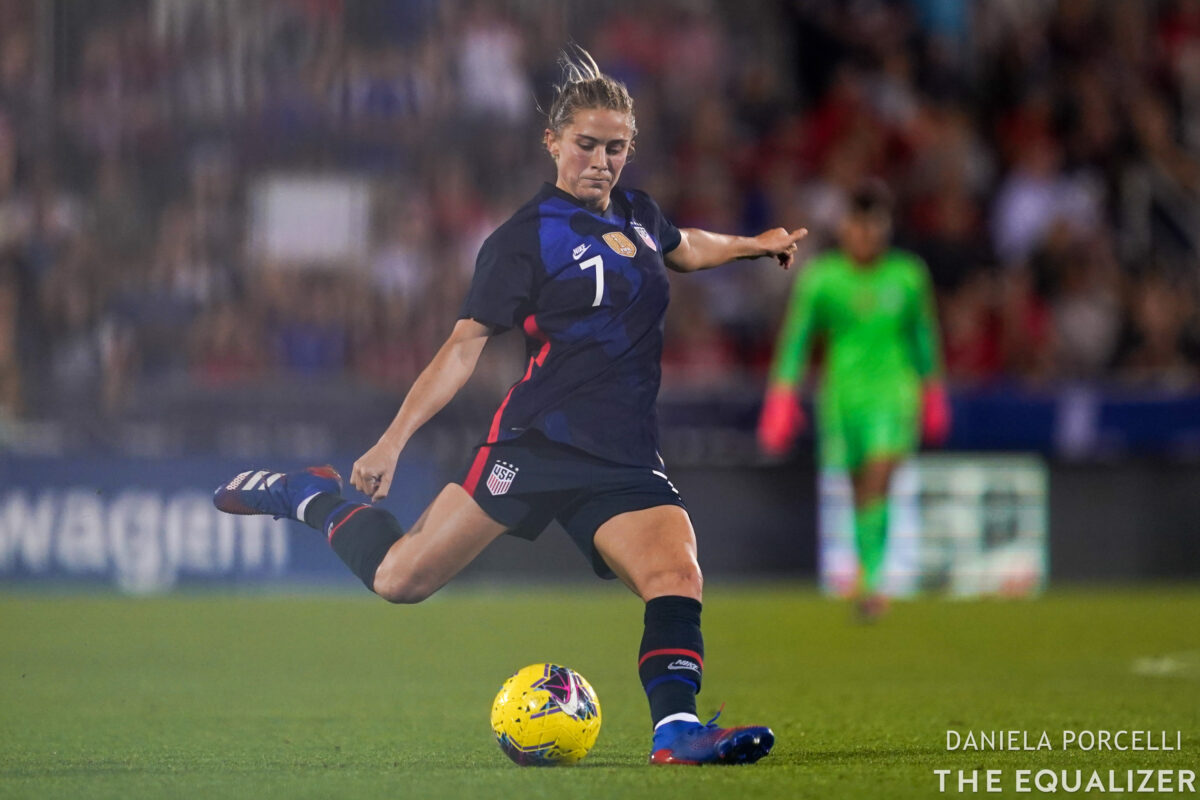 The United States women’s national team will host Jamaica, Nigeria and Portugal in friendly matches in June in what are expected to be the final matches prior to head coach Vlatko Andonovski naming his 18-player Olympic roster.

The U.S. will play Portugal on June 10, followed by Jamaica on June 13 — both of which will be played in Houston, Texas — and rounding out the tournament against Nigeria on June 16 in Austin, Texas. The match in Austin will be the first ever played in Austin FC’s new stadium, three days ahead of the MLS team’s inaugural home match.

The June 10 and June 13 games at BBVA Stadium will be doubleheaders, while the U.S.-Nigeria game in Austin will be a standalone match.

The U.S. will then play two more home friendly matches before departing for the Olympics in Japan.

Nigeria and the United States last met in the group stage of the 2015 World Cup and have only ever met in world championship events. The Super Falcons, led by American coach Randy Waldrum, failed to qualify for the Olympics and are beginning preparations for 2023 World Cup qualifying. Portugal and Jamaica are in similar positions. Portugal failed to qualify for the 2022 European Championship and will next focus on World Cup qualifying.

“In these COVID times, we’re grateful that U.S. Soccer has been able to organize a schedule of games for us to prepare for the Olympics and getting these three during the Summer Series against teams we don’t play very often will be important in helping us make the final decisions on the Olympic Team,” Andonovski said. “Choosing the Olympic team has been a long process, with a big break in the middle, but we’ll take all the information from our trainings, the national team games and club matches so we can make the best choices to give our team the best chance for success in Japan.”

European teams are restricted to two matches during this international window, which is why Portugal will only play twice (and thus means Jamaica would not have a third opponent, either).

U.S. Soccer also announced that, due to FIFA changing the June international match window to a two-match maximum instead of three, the Tournament of Nations will no longer be held. It was staged in 2017 and 2018. Australia won the first edition and the U.S. women the second.

Kickin’ Back with Midge Purce

FAWSL Roundup: Chelsea in control on top; Arsenal all but secure third
Olivia Moultrie, 15, sues NWSL for right to play in league