Olivia Moultrie, 15, sues NWSL for right to play in league 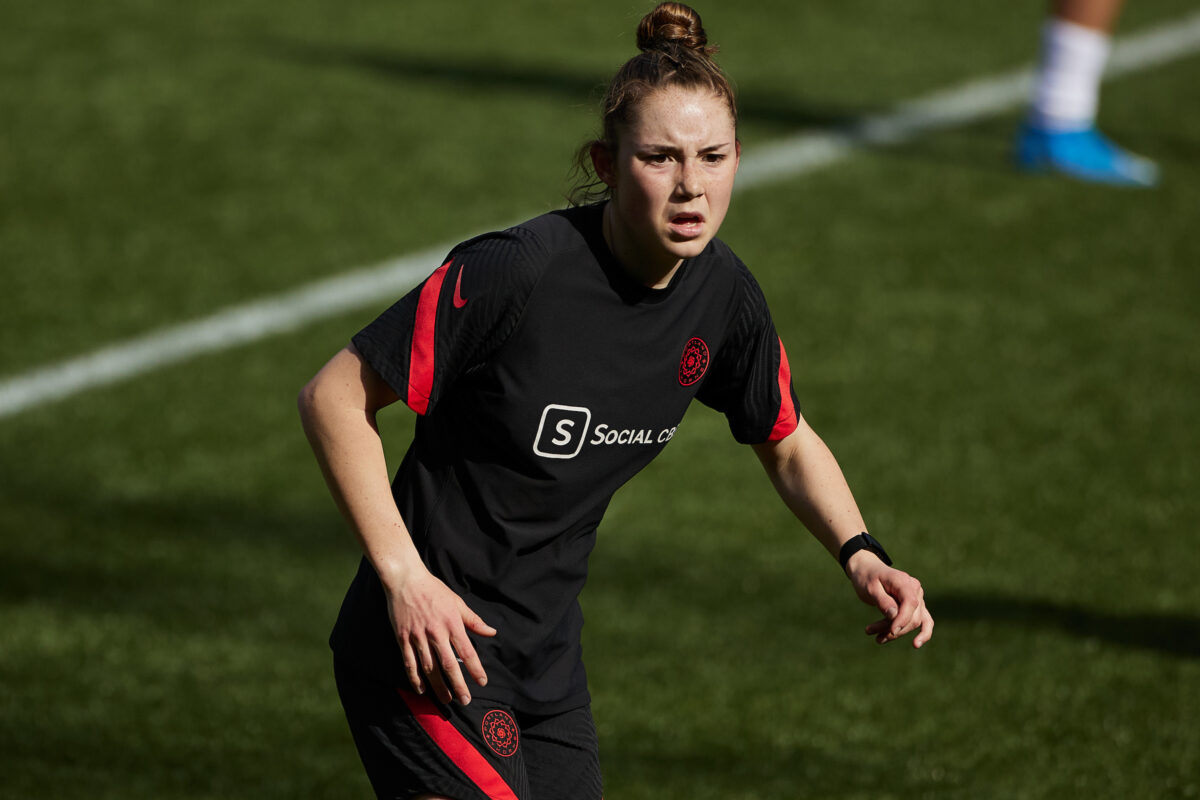 Fifteen-year-old Olivia Moultrie has officially filed a lawsuit in an Oregon district court challenging the National Women’s Soccer League’s age requirement, which her counsel says “threatens to hider her development as a soccer player.”

Moultrie is seeking a preliminary injunction so that she could be immediately eligible to play in the league.

The NWSL maintains that there is and has been since inception in late 2012 an age limit of 18 years old for league players. Moultrie’s counsel says that the league “has yet to provide evidence of when or how the Age Rule was enacted, precisely what it says, or for what purposes it was enacted.”

Reached for comment, an NWSL spokesperson issued the following statement:

“The league is engaged in collective bargaining with the NWSL Players Association, which is the appropriate place according to Federal labor law for issues regarding terms and conditions of employment to play out. Age requirements are a common feature of many men’s and women’s professional leagues in the U.S. and abroad. The rules that govern league operations are in place to support players and team operators and ensure the NWSL remains the premier women’s soccer league in the world. We will vigorously defend our league against this litigation because it seeks to change a long-standing rule and interferes with the collective bargaining process.”

The league began formal collective-bargaining negotiations with the NWSL Players Association earlier this year. Moultrie’s counsel argues that the NWSL is in violation of the Sherman Act because it does not currently have — and never has had — a collective bargaining agreement, which is the legal way for an age limit to be negotiated.

Multiple sources understand that the league’s 18-year-old age requirement has long been mildly ambiguous, in that players are either ‘discovery eligible’ or must go through the league’s draft system — and the draft requires a minimum age of 18 to enter. An explicit, overarching age limit does not appear to exist.

Much of the complaint centers around the fact that Moultrie would be able to sign for a professional team in most other soccer settings (FIFA guidelines prohibit youth players from certain global movement as a matter of protection; signing in Europe before age 18 requires an EU passport, for example).

Moultrie, as noted in the complaint, practices with the Thorns’ senior team and has played in unofficial scrimmages and preseason matches. She also practices with some of the Portland Timbers men’s academy teams.

Moultrie’s counsel on multiple occasions in the lawsuit states the Moultrie, her family and her agent were “were not aware of the Age Rule until relatively recently,” but the complaint goes on to say that the parties have made requests to the NWSL for Moultrie to play since 2019. It was well publicized at the time Moultrie left California to join the Thorns — and declined to play college soccer at North Carolina — that Moultrie was ineligible to play in Europe until age 18 and could not play in the NWSL until the same age. That dilemma was written about in the New York Times and Sports Illustrated, and the Thorns were well aware as well — which is why the arrangement was for her to train with the senior team and play for the organization’s academy. Amanda Duffy, who was the NWSL president at the time, is quoted about the 18-year-old age limit in the same SI article which quotes Moultrie’s dad and numerous members of the Thorns organization.

The NWSL has taken the position that it is a single entity and cannot conspire against itself for antitrust purposes. Moultrie’s counsel argues that, as the only professional women’s soccer league in the United States, the league has market power, and that Moultrie’s development is being hindered as a professional to the point of irreparable injury.

The complaint notes that it is not asking the court for Moultrie to obtain a contract, but simply the opportunity to earn one. If no team wants her, then she will not sign anywhere, the complaint states. However, the language of the complaint also implies that Portland was willing to sign Moultrie to a contract last season.

Another factor not addressed by the complaint is the NWSL’s complicated roster rules (the updated 2021 edition of which still has not been made public nor provided, despite competition beginning a month ago). As a single entity, there is no free agency and no free market in the NWSL, meaning Moultrie would not be free to sign with just any team. Portland would need to acquire her rights — through the discovery process. The Thorns would need to obtain the rights to sign her — assuming this conflict actually got to the point of Moultrie being discovery-eligible, or eligible for the league before 18 years of age, period.

Get daily, in-depth coverage of women’s soccer by subscribing now!