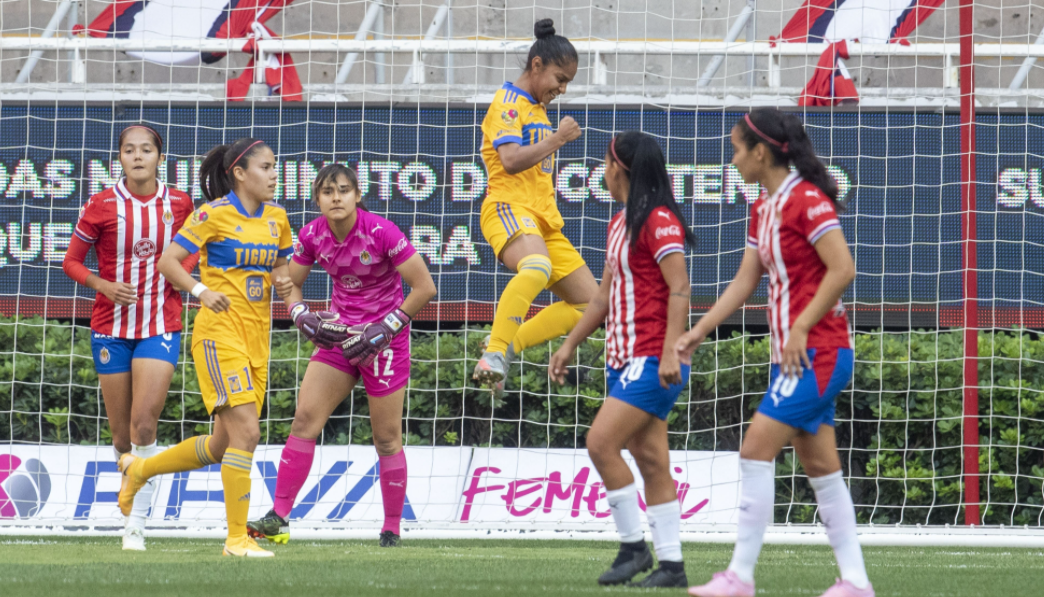 That’s a wrap on the regular season of Liga MX Femenil! The 2021 Clausura campaign ended on Monday night with the top eight teams punching their ticket to the Liguilla.

In fact, those eight teams punched their tickets on Friday after a Cruz Azul loss to Queretaro. If you missed out on all the action, we’ll get you up to speed.

It’s been a rough few weeks of Cruz Azul. After hanging on to the eighth place spot for a long period of time — about two months, in fact — Cruz Azul slipped out of a playoff spot by losing to Club America back in Week 16. Cruz Azul needed some help to get back in that spot, but they had to earn a win, at home, against Queretaro.

The visitors really had nothing to lose. Queretaro wasn’t going to make it to the playoffs, but wanted to finish higher in the table. Queretaro did just that, scoring five goals on the road and handing Cruz Azul a major blow.

Martiza Maldonado scored the only goal of the first half. In the second half, chaos ensued. Alejandra Curiel scored an equalizer off a penalty in the 55th minute. However, Queretaro went on a rampage starting in the 79th minute, scoring four goals in the next 11 minutes.

Fatima Servin got her goal! After a strike that was wide earlier, Servin heads the ball into net. Cruz Azul look to finish outside the playoff line.#LigaMXFemenil | 1-3 pic.twitter.com/4RDQO9OCVX

Brenda Viramontes was up first for Queretaro, scoring off a rebound from Maldonado’s shot outside the box. In the 82nd minute, Fatima Servin scored off a header, finding herself wide open toward the far post. Karym Iturbe added another in the 84th minute off a penalty kick, which was earned when goalkeeper Karla Morales took down a Queretaro player inside the penalty area.

Curiel did find a goal in the 87th minute for Cruz Azul, but it wouldn’t do much to help the home side climb out of the deficit hole they sat in. Finally, Viramontes scored, putting the final nail in the coffin, in the 90th minute, earning a brace.

The goals are piling on! Another penalty kick for Alejandra Curiel gives her two goals in this match.#LigaMXFemenil | 2-4 pic.twitter.com/Mb1JZlU7JI

What made the loss even harder as the weekend went on was the fact that Club America lost to Puebla. In a tale of “what could have been,” Cruz Azul needed a win and a Club America loss to advance to the playoffs.

It was not a good weekend for home teams in Liga MX Femenil. Toluca and Pumas already claimed playoff spots, but a better seeding was up for grabs on Monday night.

Pumas kept their spot of fifth place, while Toluca dropped down to seventh.

The two sides met up and Pumas came away with the 0-1 victory. Edna Santamaria scored the match’s lone goal in the 14th minute. Santamaria scored inside the box on a header, which was assisted by Dania Padilla.

Seven goals in total produced a wild match between Chivas and Tigres in the battle for first place. Chivas needed a win, as a draw would not suffice to knock Tigres down to second place. Tigres won the Apertura in the fall and with a one-goal victory they claimed first place in the Clausura once again.

The first half produced three of the four Tigres goals. Belen Cruz struck first in the 12th minute, picking up the rebound from goalkeeper Blanca Felix right in front of net. Lizbeth Ovalle scored in the 15th minute outside the box by chipping the goalkeeper and aiming for the far side of the net.

Sandra Mayor added a third unanswered goal for Tigres in the 18th minute. Mayor, the captain, headed a floating ball from Cruz down and past the goalkeeper.

Chivas did produce a response from Alicia Cervantes in the 24th minute, sparking some hope for a comeback. Cervantes did her own chipping goal over Tigres goalkeeper Ofelia Solis. To open the second half, Damaris Godinez cut down the Tigres lead with a 51st minute tap-in toward the far post.

With the game close, Mayor extended the Tigres lead to give the visitors some breathing room. In the 70th minute, Mayor, who was close to the halfway mark, picked up a poor clearance from Chivas goalkeeper Felix and chipped it over her as she retreated back to net.

Chivas wasn’t finished though, as Joseline Montoya put the heat on Tigres with a goal 82nd minute. Chivas kept pushing for a final tally but couldn’t muster another chance past Solis.

Club America vs. Tigres at 11 AM

Pumas vs. Monterrey at 1 PM

Atlas vs. Pachuca at 5 PM

Tigres vs. Club America at 9 PM

Monterrey vs. Pumas at 11 PM