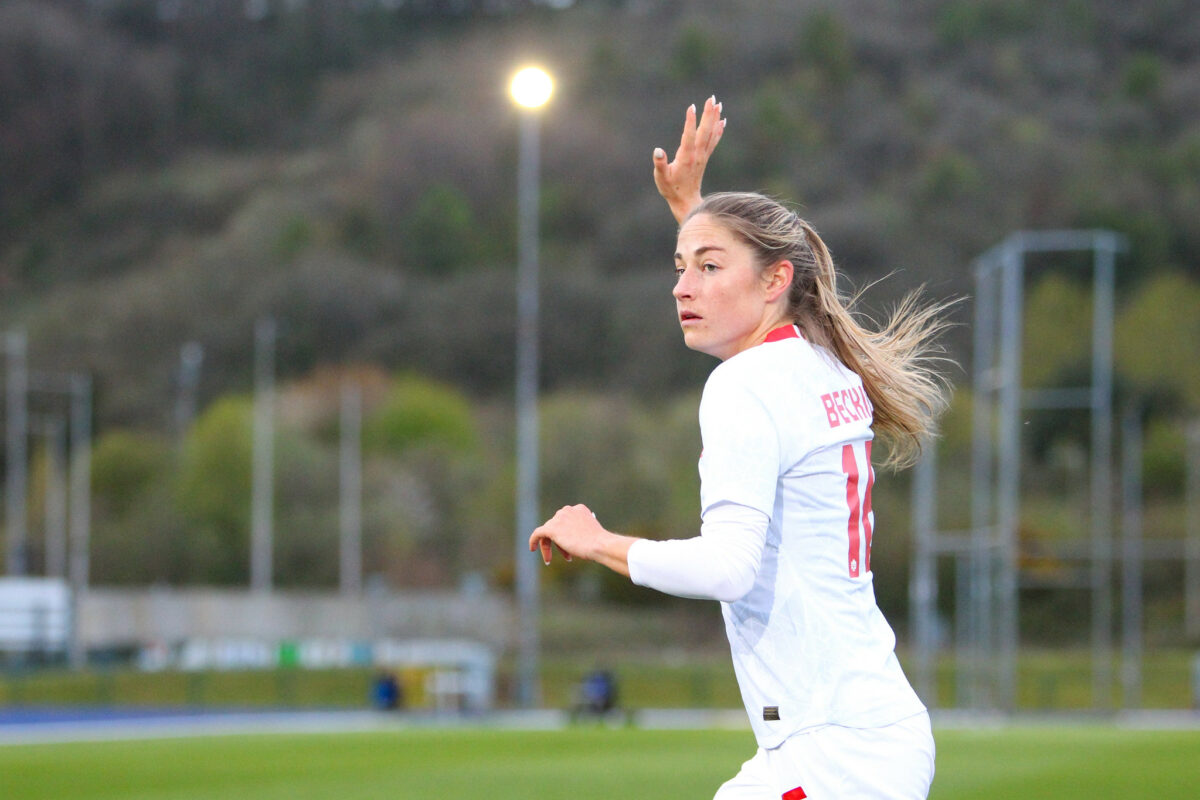 As the Tokyo Olympics draw near, Canada will head into the tournament a mix of a veteran and youthful roster. Janine Beckie is carving out a new path with Canada as a leader on and off the pitch.

Beckie made her senior national team debut in November 2014 and has ascended since then, joining Manchester City in 2018 and winning an Olympic bronze medal with Canada in 2016. Beckie has scored 31 goals in 70 international appearances, ranking fifth all-time for Canada.

Her contributions have now expanded to the intangibles of being a leader. She is 26 now, and with Canada continuing to vet new, young players, Beckie provides stability and guidance on and off the field. She is looked to for goal-scoring production on the field, and she is also leading efforts to better the working conditions for all Canadian players, now and in the future.

“That’s something that I’ve wanted on this team for a long time,” Beckie tells The Equalizer.

Lo’eau LaBonta is home again in Kansas City, a market getting a second chance with NWSL