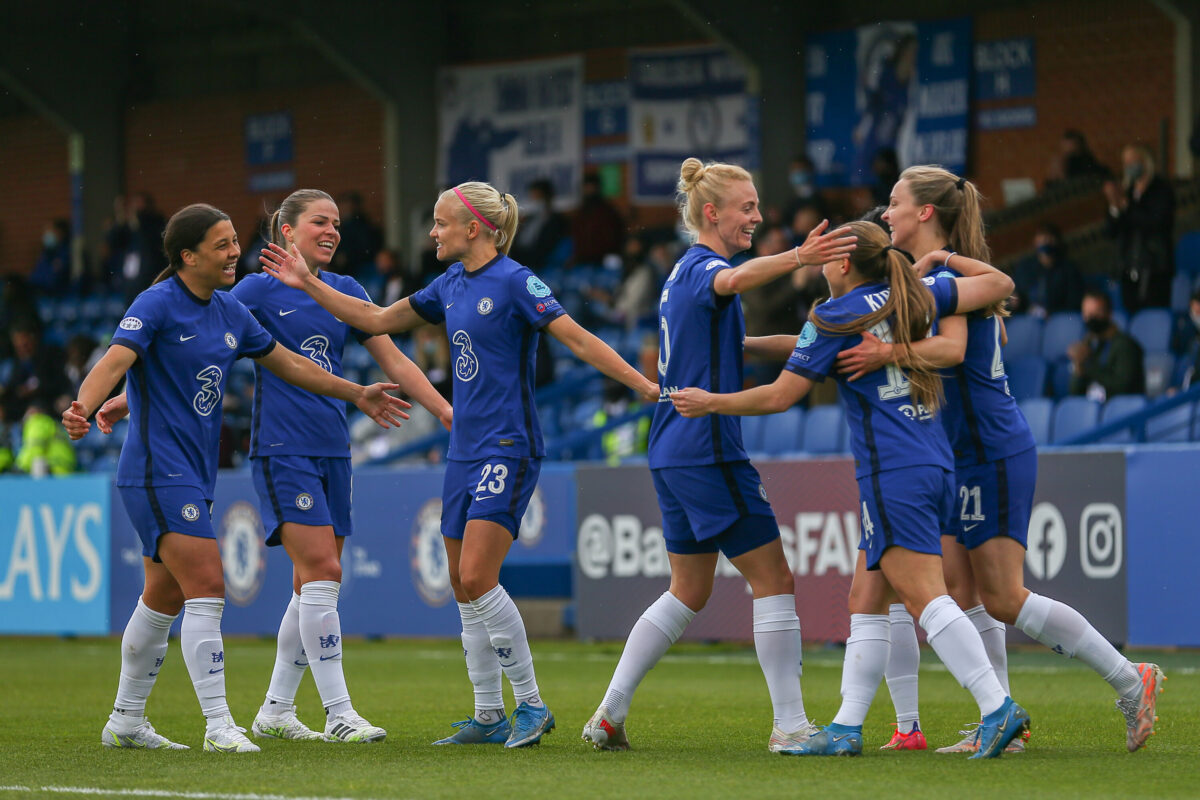 Chelsea became the first English team to reach the UEFA Women’s Champions League final in 14 years after beating Bayern Munich 4-1 on Sunday. Now set to face Barcelona in the final on May 16, the Blues are aiming to become only the second English side ever to win the competition, following on from Arsenal’s success in 2007.

Their manager, Emma Hayes, was a part of that Arsenal staff all those years ago, as assistant first-team coach to Vic Akers. Hayes understands first-hand what goes into winning a Champions League, and it is her high standards that appear to have driven Chelsea to this very point.

This is football’s era of analysis, where everything must be quantified and that which cannot be expressed numerically cannot be claimed to really exist. In this age, it’s difficult to be taken seriously when talking in terms of ‘winning mentality.’ But it’s also increasingly difficult to ignore that concept when watching this Chelsea side.

Hayes mentions it often. “We always talk about winning in this place,” she said in a recent press conference. “That’s what comes with the territory. We don’t mind the pressure, the expectations… whatever comes with it, we just know we’re a club that wants to be in winning positions.”

Other teams pride themselves on playing philosophy — whether it be ball possession, positional play, high pressure, some combination of the three or something else entirely. What distinguishes Hayes and her Chelsea side from other managers and their teams is that winning is the philosophy, the standard to which they aspire. Tactically, it can look very different from one game to the next.

Access the best women’s soccer coverage all year long
Start your FREE, 7-day trial of The Equalizer Extra for industry-leading reporting and insight on the USWNT, NWSL and beyond.
Subscribe
Existing Users Sign In Here
Related TopicsChelseaEmma HayesExtraFAWSLFeatured