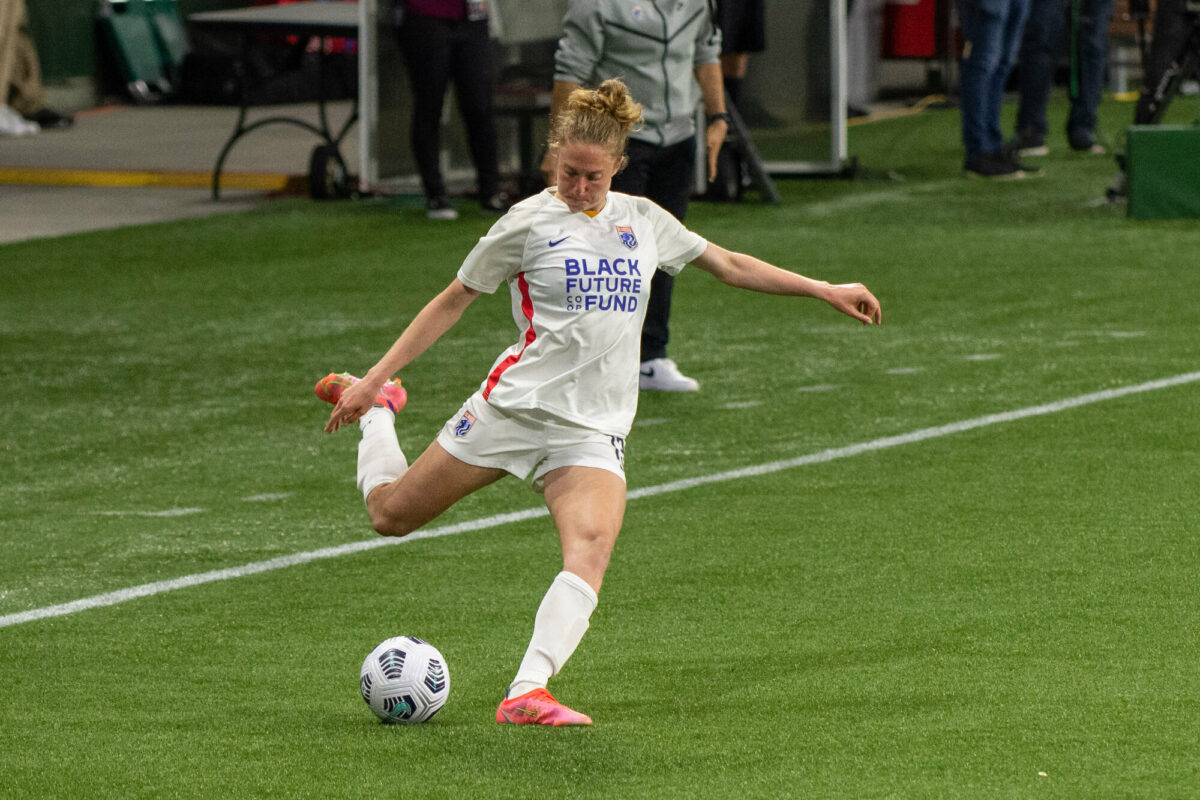 The home side struck first, with Kansas City midfielder Mallory Weber earning a goal in her first start for Kansas City. The American — who played in the W-League this offseason as the only NWSL loanee to do so in 2021 — dribbled and cut through the Reign defender, chipping goalkeeper Karen Bardsley in the 6th minute.

However, the Reign leveled the match in the 34th minute courtesy of a penalty kick. Tziarra King earned the penalty after being taken down inside the box, but it was Wales international Jess Fishlock who lined her shot past veteran goalkeeper Nicole Barnhart.

The Reign claimed victory late in the second half, courtesy of Celia. The Spanish international put herself wide open toward the near post, as Lauren Barnes flicked the ball up high for Celia to head it past Barnhart.

The Reign won their last two NWSL Challenge Cup matches over Chicago and Kansas City. Meanwhile, the new Kansas City club is still looking for its first three points in the NWSL.

Saturday’s final will consist of neither team, as the Portland Thorns are set to take on Gotham FC at 1 p.m. ET on Saturday, May 8.