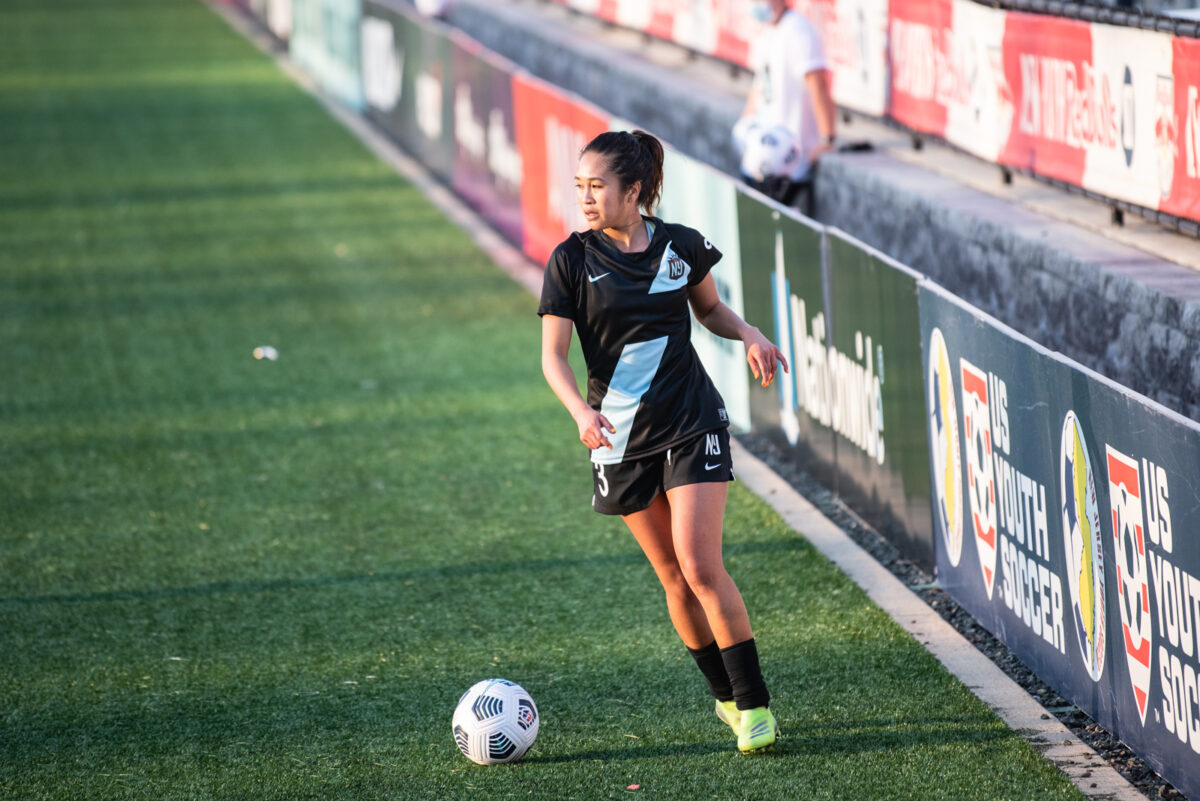 Assistant Coach Becca Moros was today’s acting head coach for Gotham FC as Freya Coombe was absent due to family emergency. Under her direction Gotham had a strong first half, creating several chances, but they were either too close to Michelle Betos or off target. Gotham’s best chance of the first half came in the 27th minute when Carli Lloyd found space on the counter attack but she dragged the shot wide.

Gotham creating a ton of chances but not enough to really challenge Betos yet #NJNYvLOUpic.twitter.com/e0KXj2udRJ

The game remained scoreless going into halftime. To start the second half, Gotham subbed on Allie Long for her NJNY debut after acquiring the experienced midfielder from OL Reign a week ago.

Gotham continued to look very dangerous offensively in the second half, forcing some saves out of Betos. Unfortunately for Racing, they were forced into a 56th minute substitution to replace an injured Emily Fox. The number 1 overall draft pick in 2021 went down after a challenge from Caprice Dydasco in the box but the referee said no foul.

Dydasco had an impressive shot from outside the 18 in the 62nd minute but Racing’s captain in goal got down smartly to prevent the ball from creeping into the bottom corner.

Gotham continues to look dangerous on the attack but Betos is there to make the save! #NJNYvLOUpic.twitter.com/9Ivwqx5YfK

Both sides continued to create chances and push for a goal but in the end neither team could breakthrough, ending in a scoreless draw. With this result, Gotham FC clinch the top spot in the East and advance to the Championship match against Portland Thorns on May 8th.