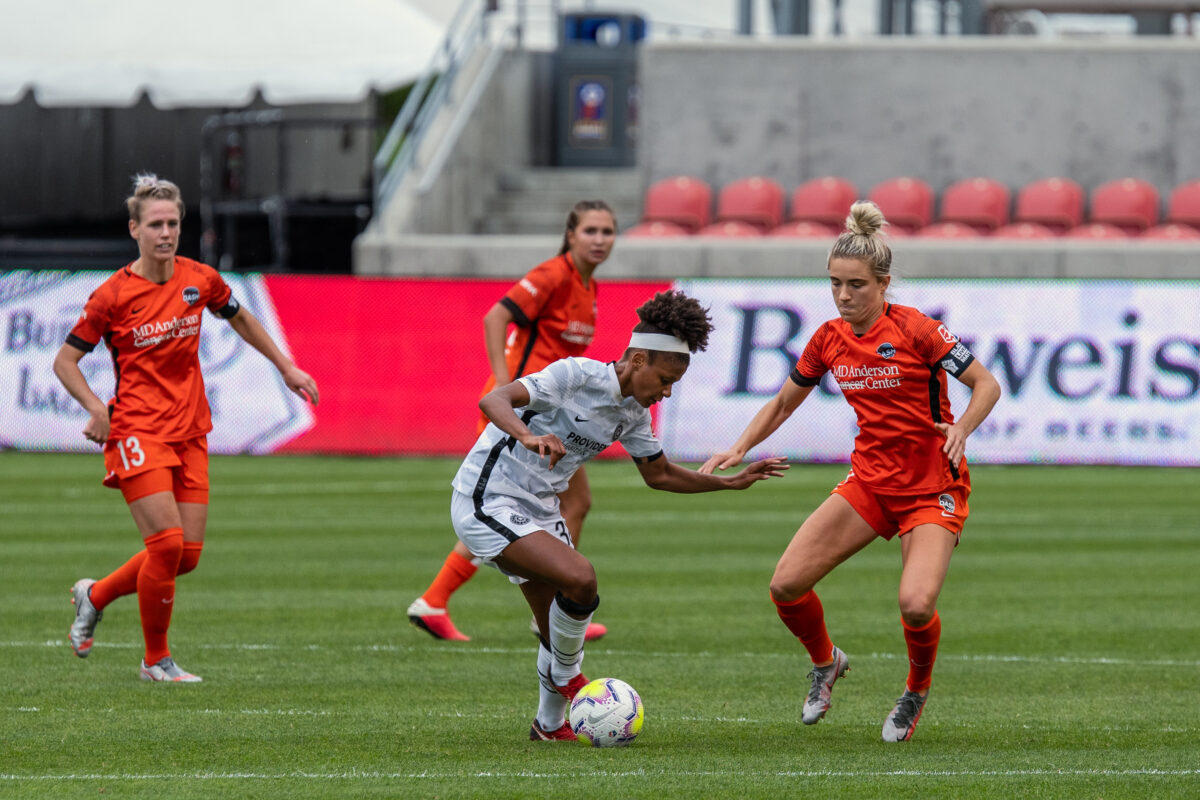 The Portland Thorns already knew they were going to the NWSL Challenge Cup. However, the Thorns wanted to add three more points on Sunday night to earn victories in all of their tournament group-stage matches. The Houston Dash stood in the way of the Thorns and they limited Portland to one point in a 1-1 draw.

Houston got on the board first. After a scoreless 45 minutes, Shea Groom scored in stoppage time of the first half. Rachel Daly sent the ball in to Veronica Latsko, who assisted the goal for Groom.

Portland took a while to get a goal back, but managed to earn a tally from Christine Sinclair in the 77th minute.

Jane Campbell was busy in net for the Dash, making six saves. Campbell had to make stops against Sinclair, Crystal Dunn, Tyler Lussi, Sophia Smith and Simone Charley. Meanwhile, on the other end, Adriana Franch made one save against Briana Visalli.

Portland — presumably — seem to be on par to host the NWSL Challenge Cup Final. The Thorns will be facing off with Gotham FC, after Gotham secured their final spot after a scoreless draw earlier today against Racing LouisvilleFC.