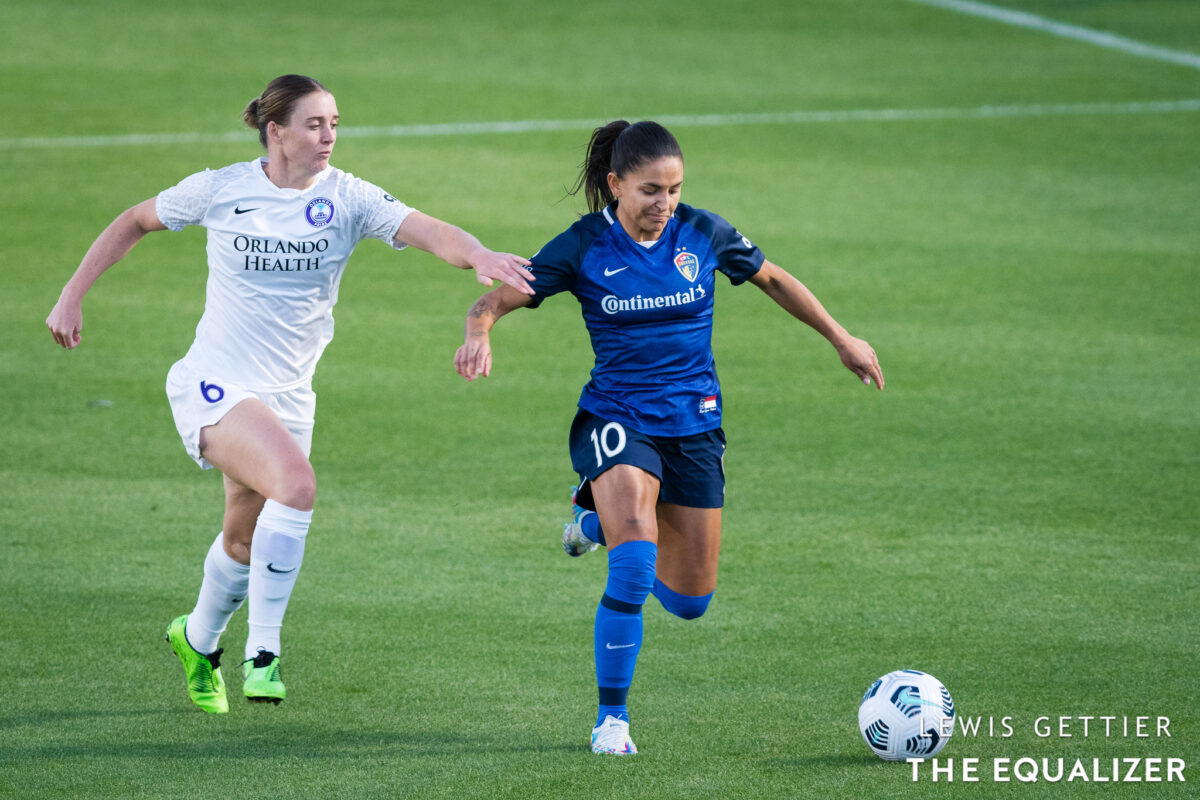 The North Carolina Courage made the road to the NWSL Challenge Cup final a bit difficult after a scoreless draw against the Orlando Pride on Saturday night. The Courage hosted the match at WakeMed Stadium in Cary, North Carolina.

North Carolina will certainly hope for a Gotham loss tomorrow night. However, if Gotham draws against Racing Louisville FC, the newly rebranded club will head to the final. It’s a tough road for the Courage to book a spot in the final against the Portland Thorns.

North Carolina provided more shots, but did not register a single shot on goal. Meanwhile, Casey Murphy had to make one save against Marissa Viggiano. In the second half, defender Carson Pickett cleared away an attempt from Orlando striker Alex Morgan that could have been the game-stealing goal.

Pickett was playing against her former club, as she’s in her first season with the Courage.

“It was amazing playing against my former team and teammates,” Pickett said. “It was nice to see familiar faces and friends. The goal-line save in a tight game, you need to get anything you can on the ball to get it out. Alex is such a good finisher, being around her for a couple years, but that was a last-ditch effort.”

Scenarios for the East final-bound team

Long story short: If Gotham FC draws or wins, they are through. Gotham only needs a point. However, a Gotham loss will send the Courage through unless — the loss is by one goal AND Gotham score five goals, OR they score four goals and don’t get a yellow card.

“We put ourselves in a pickle where our fate is going to be decided by someone else,” Lynn Williams said postgame.