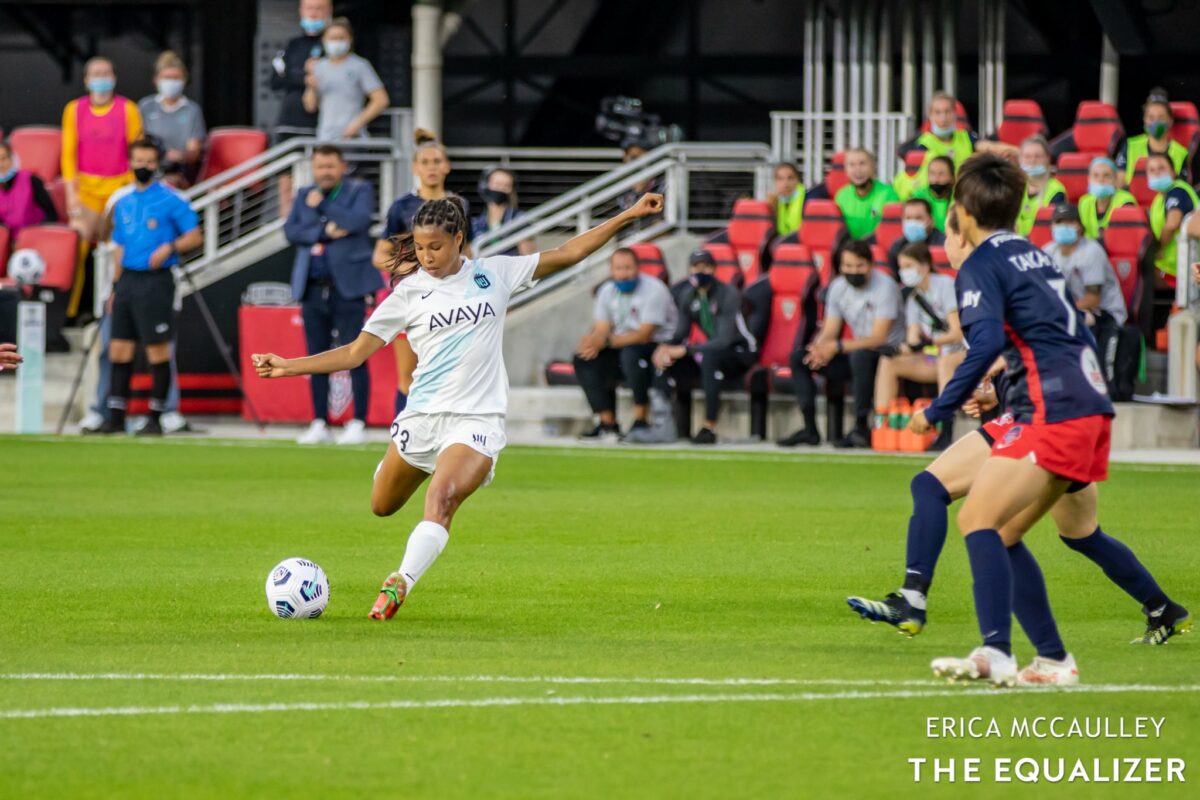 On Tuesday night, the Washington Spirit and NJ/NY Gotham FC played to a lively but scoreless draw at Audi Field in Washington, D.C.

Midge Purce had the best chance of the half for Gotham, when she danced across the edge of the penalty area, taking on a number of Spirit defenders in her way, and released a shot that hit the post but stayed out.

Purce already taking on MANY defenders inside the first 10 minutes! #WASvNJNY pic.twitter.com/cCaxCgGqiZ

In the second half, Ashley Hatch hit the woodwork herself. The Spirit forward got her head on a cross from Andi Sullivan, and was able to redirect the ball, but only so far as the crossbar. The ensuing rebound was cleared to safety by Gotham.

And Sullivan had a chance on goal of her own just minutes later. Receiving a pass from Trinity Rodman, Sullivan took one touch, and unleashed a low shot that was just tipped wide by Gotham keeper Didi Haracic.

Andi Sullivan sends one in from outside the box and it's JUST wide! #WASvNJNY pic.twitter.com/flJdflqDz0

After today’s draw, the Spirit currently have four points (4th place in the East), with no matches remaining. Gotham FC have seven points, and sit in first, with a game against Racing Louisville next Sunday still to play.

The Equalizer’s Dan Lauletta laid out the various scenarios that could see Gotham advance to the Challenge Cup final:

If Gotham beat Louisville, they go to the final

If Gotham draw Louisville and the Courage do NOT beat the Pride, Gotham to the final

If Gotham lose, various scenarios in play including Courage and Pride going through#NWSL