XI games to circle on the 2021 NWSL regular-season schedule 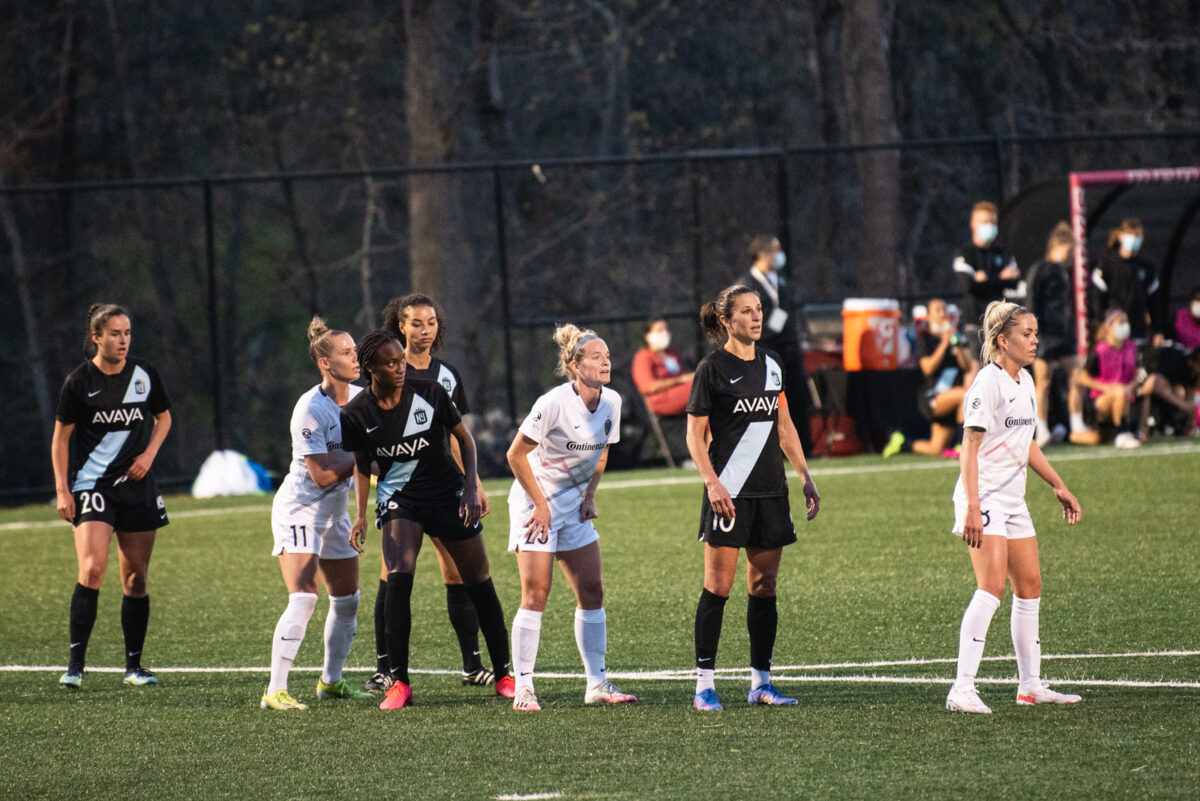 The National Women’s Soccer League schedule is finally here. The regular season one, that is. A year after the 2020 season was cancelled in favor of the Challenge Cup and Fall Series, 2021 will be the busiest year yet for NWSL squads. The 24-match schedule kicks off May 15 and that will be after everyone has played at least four times already in the Challenge Cup. The Thorns, and whoever wins the East, will have played five times after they meet in the May 8 final.

We have scanned the schedule and picked out 11 games of interest that you might want to circle on your calendars.

This is the first regular-season game for both teams and it kicks off the new season at Lynn Family Stadium in Louisville. Both teams are already eliminated from contending for the Challenge Cup so they are free to throw their efforts and resources toward starting their regular season on a high note. Both teams are also winless with one more Cup match to go so it is possible they will each be trying to secure their first wins of any kind.

At long last, Gotham FC will host a match at Red Bull Arena, and they will be able to call it home. The club first played two matches there as Sky Blue FC in 2019 and eventually announced a permanent move to the home of MLS’ Red Bulls. But the pandemic scuttled 2020 and Fall Series matches were hosted at Montclair State University, as were 2021 Challenge Cup matches. For the regular season, all 12 Gotham home matches are listed at Red Bull Arena. Gotham are also off to a hot start in 2021. Wouldn’t it be something if this were a battle between the first two Challenge Cup winners?

The Midwest Melee returns to the regular-season schedule and serves as Kansas City’s first home match at Legends Field. Both teams enter the final week of Challenge Cup play without a win, so it will be interesting to see where each is when this one rolls around on the last Wednesday in May. Yes, KC’s first home match is on a Wednesday night after having their Challenge Cup home opener on a Monday. It is also one of three matches on the night, all with overlapping start times. That never sits well with the NWSL faithful.

It wasn’t much of a match, and it will be more than 19 months in arrears by the time this one kicks off, but these are the teams that opposed each other in the most recent NWSL Championship. Recent history has shown the Red Stars to be an annoyance to the Courage in the regular season but the last three Red Stars playoff runs have ended at the hands of the Courage. The teams last met in the Challenge Cup last July, a 1-0 Courage win.

When they met in the Challenge Cup opener, things got a bit testy at the end to the point that punches were thrown and four red cards were shown, all from the 89th minute onward. Will bad blood linger between the sides or was that a random show of frustration at the end of a long match? When Kansas City was last in the league, there was a decent rivalry with the Thorns — against whom FC Kansas City hosted the first match in league history. They proceeded to dump each other out of the playoffs each of the first two seasons.

The Thorns are back, and they want to win everything

Friday night at Segra Field. The Red Stars boast one of the top defenses in the NWSL. The Spirit boast teen sensation Trinity Rodman. This should be a fun way to kick off the holiday weekend in the nation’s capital. Rarely spoken of as a top NWSL rivalry, these sides have had some memorable matches of the years.

If 4th of July soccer is your thing, perhaps the Pride and Courage can offer some fireworks in the only match of the day this year. Their Fall Series match in 2020 was one of the year’s more interesting when the Pride somehow conceded twice in first-half stoppage time to go down 3-0 only to rally to draw the match in second-half stoppage time. A year ago on July 4, a fireworks show could be seen in the distance while the Dash beat the Reign at Zions Bank Stadium in Utah.

Who that watched these teams slug it out last week in the Challenge Cup doesn’t want to see them do it again? We’ll have to wait a good while to see it as they meet here in New Jersey and then Oct. 17 in North Carolina. The Olympic gold medal will be handed out one day before this match. Will the country be celebrating another U.S. gold or lamenting another Olympic flop?

Not sure who the Reign ticked off on the scheduling committee but this is the only time they will host the Thorns in 2021 against three trips south to the Rose City, including last week’s Challenge Cup match. At least this one is on a date when the players should be back from the Olympics. The Reign will also be looking to turn the tide a bit, having failed to defeat the Thorns in four tries since Vlatko Andonovski left following their season sweep in 2019.

There have not been many dramatic returns to old haunts for NWSL players who have moved around the league, but Crystal Dunn’s first game back in North Carolina seems particularly poignant. Dunn’s arrival in The Triangle transformed the Courage from mere contenders to an unstoppable force. Her departure three years later was at her request. It was strictly for personal reasons, she said, but Dunn will still return wearing the jersey of the Courage’s top rival. The Thorns also visit North Carolina on June 26 but Dunn is likely to be away with the national team for that one.

Will it be trick-or-treat on the final day of the regular season and the latest non-playoff matches ever staged by the NWSL? Dueling afternoon games on Halloween is hardly good for the family-oriented fan base the NWSL so covets, but maybe some playoff ramifications or a hot Golden Boot race will up the ante a bit ahead of the expanded November playoffs.

Below is the full schedule, as released by the NWSL on Tuesday, so that you can plan and bookmark the page. TV information is still to follow and, as always, schedules change. Check the league site for updates throughout the year.