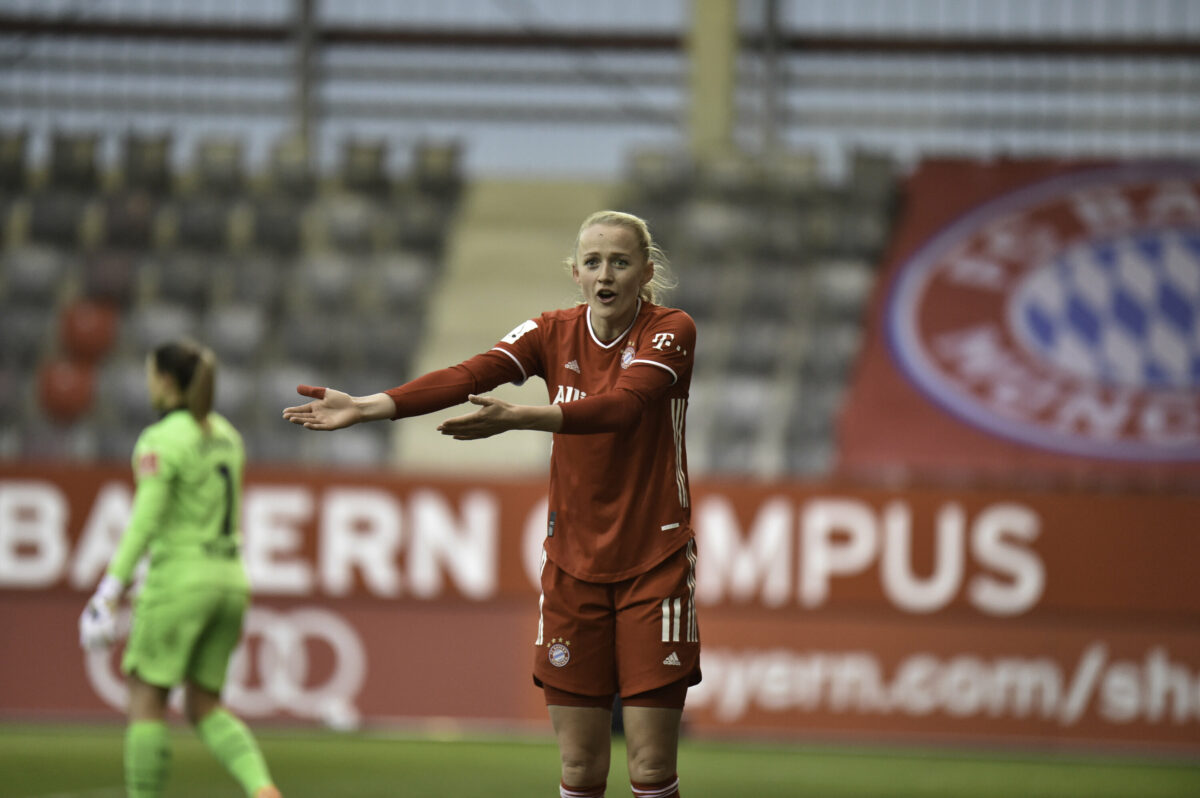 After a few weeks away, we’re back with the latest tables and updates from around Europe. Chelsea could not clinch against Manchester City but did move to the brink of the title with a 2-2 draw, while the Lyon-PSG rivalry has new life in France. We’ll be back again next week with a full update on NWSL college draft picks playing their spring seasons as well as those former NWSL players plying their trade overseas.

The Latest: Chelsea’s hard-fought, 2-2 draw away to Manchester City left them two points clear of that rival with two matches to play. The Blues can secure the title without outside assistance if they can get the better of Tottenham away and then Reading on May 5 and 9, respectively. First though, comes the Champions League against Bayern Munich starting Sunday in Germany. Chelsea have already secured a spot in next year’s Champions League. Meanwhile, Arsenal and Manchester United are locked in a battle for third with Everton in with a remote chance.

The Latest: The Lyon-PSG rivalry has taken on new life in recent weeks with multiple postponements and PSG’s dethroning of Lyon in the Champions League quarterfinals last week. The domestic match between the sides has been rescheduled for May 28 and as it stands, will decide the championship. If neither team drops points between now and then, Lyon will win a 15th straight title with a victory but a loss or draw will give the title to PSG, who remarkable have never won the league.

The Latest: Barcelona are running away with things and have a chance for a perfect season but are likely more focused on the Champions League, where they are into the semifinals and considered the favorite by some after Lyon’s exit. The semifinal tie against Paris Saint-Germain kicks off Sunday in the French capital. The domestic battle is for the second and third spots in next year’s UWCL and Levante can do damage to Tenerife’s surprising bid with an away win on Saturday. On Sunday, Madrid host Real Madrid (watch it live on Ata Football).

The Latest: Bayern Munich’s shock loss to Hoffenheim on April 17, when they led 2-0 at home after 13 minutes and conceded three times in 11 minutes after the hour to lose 3-2, has opened the door for Wolfsburg to snag the title. The sides meet May 9 in Wolfsburg and a win by the home side will set them on a path to finish atop the table if they do not drop points anywhere else. Bayern must first deal with Chelsea in the Champions League semifinal opening Sunday at home.