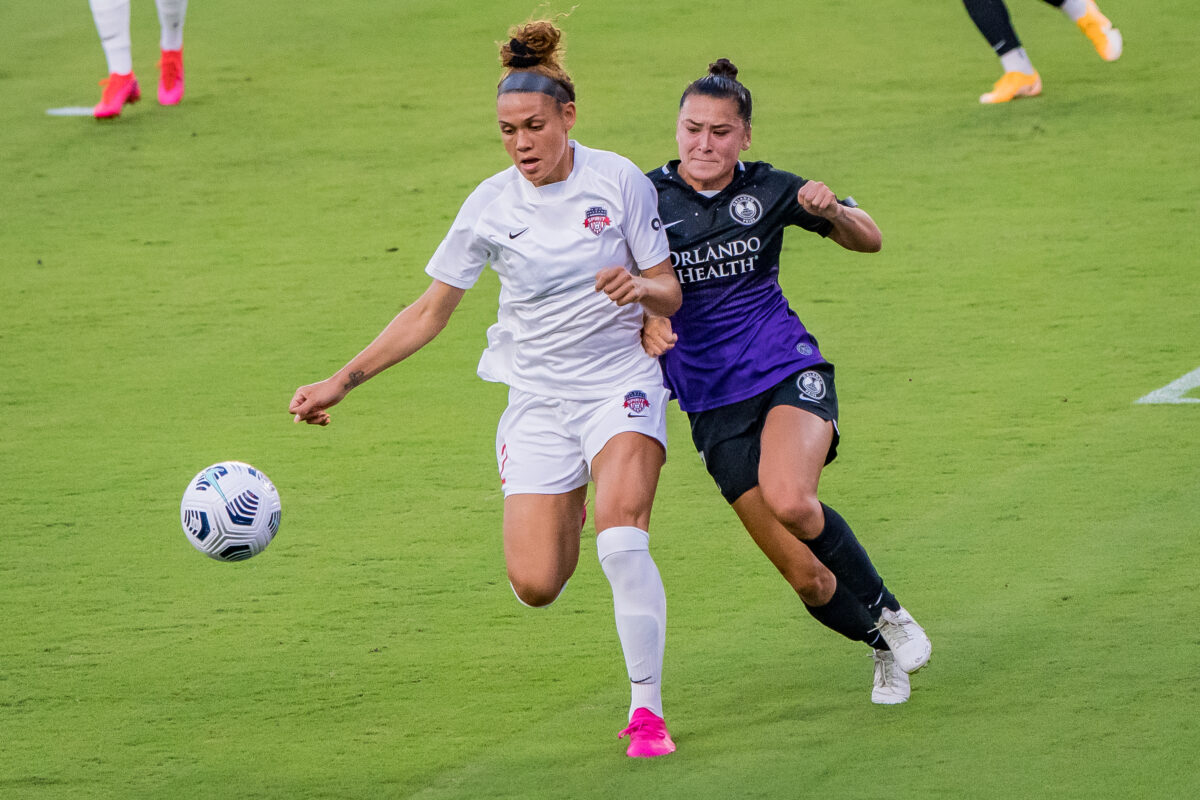 On Wednesday night at Exploria Stadium in Florida, the Orlando Pride defeated the Washington Spirit 1-0 in Challenge Cup action, in a match that wasn’t devoid of controversy and drama.

The Pride got on the board first in the 11th minute, when Alex Morgan fed Sydney Leroux a nice ball to run onto. The striker was able to beat Spirit keeper Aubrey Bledsoe from a wide angle, giving her side the lead. It was the first match since 2018 that the Pride had a starting eleven featuring Morgan, Leroux, and Marta together.

Alex Morgan to Sydney Leroux and the @ORLPride are on the board! #ORLvWAS | 1-0 pic.twitter.com/ZaMGVB1mtx

And the Spirit’s pressure almost paid off before the half-time break. Off of a quickly taken free kick, Kelley O’Hara received the ball and buried an incredible shot past Pride keeper Ashlyn Harris. After the entire Spirit team celebrated, and returned to the center of the pitch, the referee blew her whistle to indicate the goal was disallowed, and the free kick would have to be retaken.

In the second half, the Spirit kept up their flurry of pressure, and won a penalty kick in the 64th minute. Phoebe McClernon brought down Ashley Hatch in the area, and Hatch stepped up to take the penalty, but Harris guessed correctly and kept it out of the goal. It was her second penalty kick save in as many games.

The Spirit are awarded a penalty…but Ashlyn Harris SAVES it!! Second game in a row with a PK save for the keeper. #ORLvWAS pic.twitter.com/YCCFDOO5s9

Orlando did have a chance to add to their lead minutes later, but Bledsoe was equal to the challenge, and made a great kick save on a chance by Morgan.

As the Spirit applied attacking pressure at the other end, fouls started to fly. O’Hara received two quick yellow cards and was sent off in stoppage time. Ali Krieger also went off with an injury as the clock wound down.

And Kelley O'Hara gets her second yellow card for this foul on Alex Morgan, and she's sent off in stoppage time!#ORLvWAS | 1-0 pic.twitter.com/cvww42pwbE

Despite the pressure from Washington, Orlando were able to hang on for their first Challenge Cup win of 2021 – and their first win since August 2019.

Next up for Orlando is a trip to play North Carolina on May 1st, while Washington will return home to play Gotham FC on April 27th.