Fury of late goals earns KC and Chicago a point each 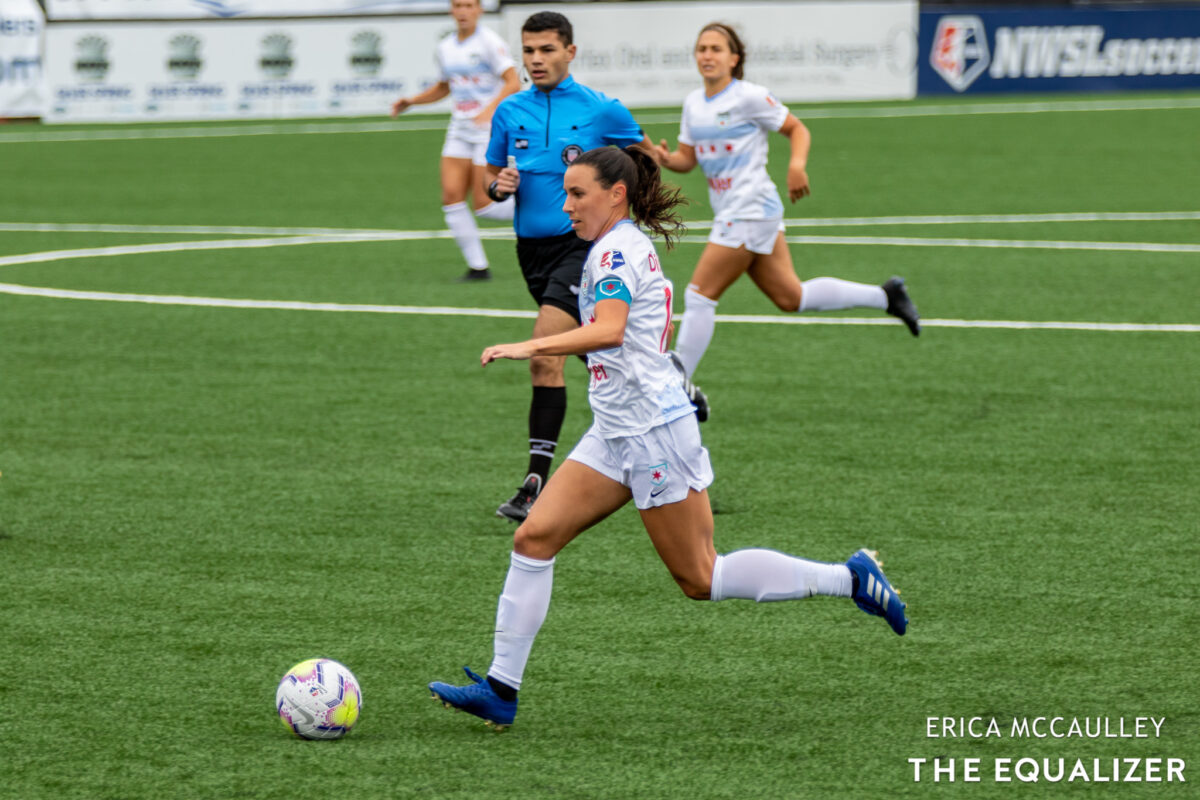 On a busy Wednesday night in the NWSL Challenge Cup, the Chicago Red Stars and Kansas City started the night off at a cold SeatGeek Stadium with a 1-1 draw. The scoring didn’t start until the 80th minute, when KC scored first with Amy Rodriguez notching her, and the club’s, second goal of the season. But Chicago weren’t behind for long as Katie Johnson equalized just two minutes later.

It was a fairly uneventful first half as both sides had trouble connecting. Each side recorded two shots on goal, but nothing troubled either keeper. Mallory Pugh made her first appearance for her new team, starting for the Red Stars, but was subbed off just 35 minutes in, replaced by the eventual goalscorer Johnson.

Things got going in the second half as both sides searched an opener, but it took until the last 10 minutes to see goals. In the 80th minute, Rodriguez took advantage of a miscommunication between the Chicago back line and Alyssa Naeher, pouncing on a short back pass and finishing with a beautiful outside of the boot curler.

It took only two minutes for Chicago to equalize as Arin Wright found Johnson with a perfectly placed long ball in behind. Johnson did well to control on the take down and finish low and hard past Abby Smith.

Both teams searched for another goal but neither were able to break the tie so the points were shared. KC recorded their first point from this result but both teams are now out of contention to advance to the Challenge Cup Championship.

During the match, several players made their debut for KC. Recently traded from Orlando, Canadian international Jordyn Listro played the last 40 minutes, while Australian signing Chloe Logarzo played 15. Mariana Larroquette also made her first appearance but played less than a minute.

KC will play next against defending champions Houston Dash on April 26th at home and Chicago will face OL Reign a day later in Tacoma.

Lo’eau LaBonta is home again in Kansas City, a market getting a second chance with NWSL
Leroux winner gives Pride 1-0 win over Spirit in drama-filled match