It wasn’t pretty, but Chelsea’s draw with Manchester City was worthy of its title-deciding implications 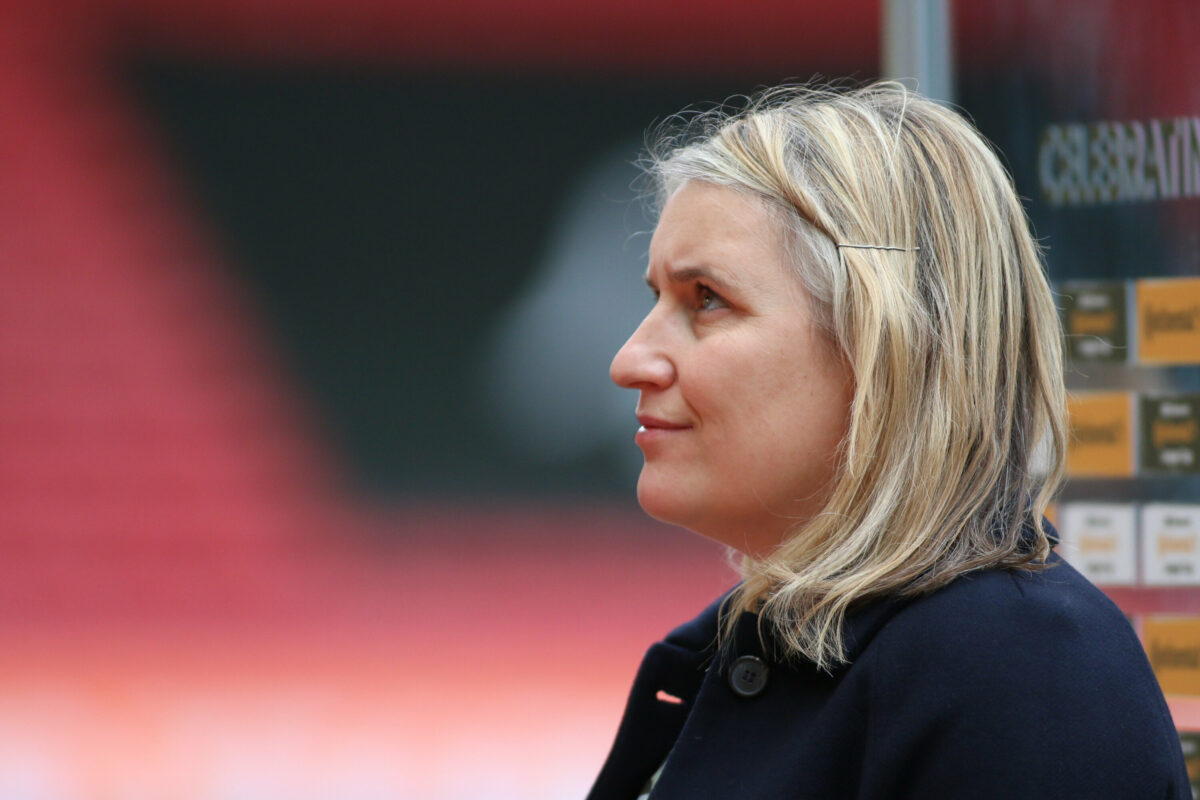 A match aptly described by Chelsea manager Emma Hayes as “uncomfortable” has all but sealed another FA Women’s Super League title for the Blues after they held on for a 2-2 draw with Manchester City.

Billed as the title-decider coming into the match, Chelsea’s two-point cushion meant a draw would be enough to keep them ahead of their title rivals with two more matches left to play. Like so many other meetings between the two in Manchester, there was plenty of drama to go around, even if — away from the breathlessness of it — the football was not of the highest standard.

Having pushed to the front foot early on, instead of opening the scores, it was the hosts who found themselves pegged back 25 minutes in when Sam Kerr wriggled away from Caroline Weir to nod the ball home. Not that the lead lasted too long, as Chloe Kelly restored parity four minutes later when Millie Bright had her own, ‘look away now’ moment in the Chelsea defense.

The nervous tension wreaked havoc on the pitch and once more, as City pushed for dominance, they found themselves undone as Kerr tore away on the break to be hauled down in the box by Ellie Roebuck. Pernille Harder’s penalty was enough to give the Blues the lead at the break.

The second half seemed to lose all pretense of good football, but it sure was entertaining. City’s relentless possession was ultimately superfluous as the passing was so predictable and without purpose. It was almost as if players were afraid of being dispossessed so they passed to the nearest sky-blue shirt, wilfully ignoring that their intended recipient usually had two or three Chelsea players around them. And so it went on, turnover after turnover.

For their part, Chelsea were hanging on, their very presence enough to have City rattled, the swarm of royal blue in the final third cutting off supply lines and slowing attacks. Every meaningful moment for the hosts, every half-chance, was forced to fizzle out with lackadaisical passing and ideas that lacked substance. But the half-chances continued, so the feeling was that there were more goals and as such, the match continued to engross.

It was only fitting that the fourth goal was another yikes moment, Bright’s air-ball pounced upon by Lauren Hemp during one of the rare quicker attacks. In a match that most expected would be two teams going hammer and tong to win, it was more of a case of neither wanting the honors. The parity, regained 15 minutes from time, brought the jeopardy to the fore: a draw would be as good as a win for Chelsea, but a goal? A goal would be sweet chaos.

The last quarter of an hour produced the moment of the match, and one that will likely be thought of as title-defining: Ann-Katrin Berger’s cat-like reaction save to skew Hemp’s goal-bound effort away from her net, worthy of all three points. Again, City came forward, but Lucy Bronze nodded her header wide in stoppage time before Kerr’s one-on-one with Roebuck was palmed clear. That was that.

The uncomfortable match might not have been a classic in a traditional sense; it was riddled with errors and short-sightedness instead of the sublime football and unrelenting power we have seen from both teams. Yet, for the sheer entertainment factor — the unknown more than the inevitable about the match — it became worthy of its title-decider moniker. And oh boy, that save from Berger!

England’s problems are greater than any one coach

Liga MX Femenil, Clausura Week 15: All eyes on the coveted 8th place
After 609 days between wins, palpable relief for the Orlando Pride