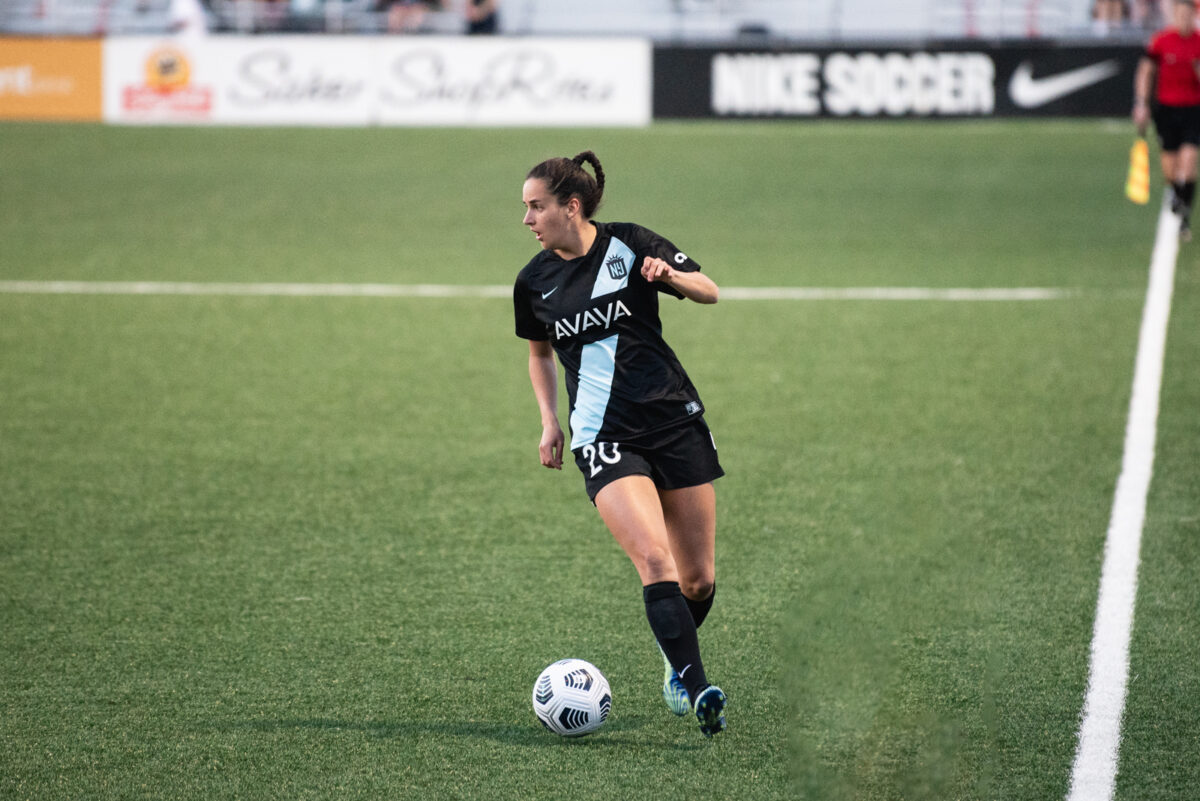 The match featured a number of players back from the international break, and five goals were scored in the first 30 minutes of the match – including a brace from both Gotham FC’s Midge Purce and North Carolina’s Debinha.

Purce notched the first goal of the match in the 18th minute, when she made an incredible run down, weaving in between a number of Courage defenders. Her shot caught the hand of Casey Murphy, but the Courage keeper couldn’t keep it out.

Debinha responded shortly after with not one, but two goals in the span of 90 seconds. Hailie Mace assisted on the first, while Jessica McDonald assisted the second.

Another two minutes later, and the game drew level again. On the goal line, Purce was able to tap in a low cross from Paige Monaghan for the equalizer.

We have a goal fest!! (Defending? Not here today!)

Rounding out the flurry of first half goals, Carli Lloyd, in her first NWSL action since 2019, put Gotham FC ahead again in the 32nd minute.

North Caroline didn’t waste time after the break, as they leveled things in the 50th minute. Meredith Speck sent a floating ball into the penalty area, and McDonald got to the bounce before Gotham FC keeper DiDi Haracic, heading it into the back of the net.

Jessica McDonald with the equalizer! She takes this one right out of the air over DiDi Haracic, and we're all tied up at 3-3! #NJNYvsNC pic.twitter.com/CKjTPesaWW

The rest of the second half was much calmer than the first, as the match went without goals for the next 40 minutes. But just when this one looked to be headed to a draw, Gotham FC had other plans. Receiving the ball into the box, Ifeoma Onumonu beat her defender at the end line, and sent in a low cross towards goal. Evelyne Viens – fresh off scoring two goals for Canada during the international break – got her foot on the cross to redirect the ball in for the winning goal. It was Onumonu’s second game-winning assist in as many games, as she fed Monaghan the ball for Gotham’s goal last week in their 1-0 win against the Orlando Pride.

Evelyne Viens puts Gotham FC ahead! Great fight from Ifeoma Onumonu to get the cross in too!#NJNYvsNC | 4-3 pic.twitter.com/0FMttxJiuP

With the win, Gotham FC go to the top of the Challenge Cup East division standings with six points from two matches. Next up for the club is a trip to play the Spirit on April 27th, while the Courage have another road game in store against Racing Louisville on April 26th.