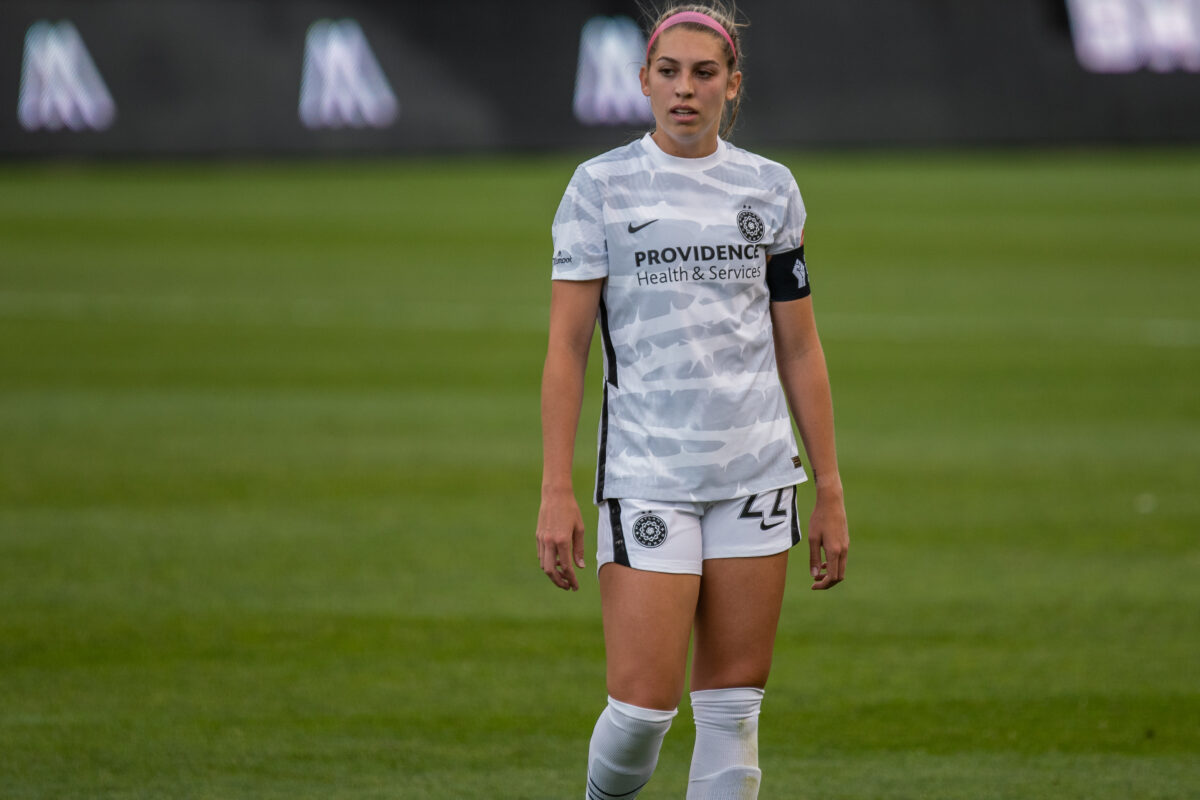 On Thursday night at SeatGeek Stadium in Bridgeview, Illinois, the visiting Portland Thorns defeated the Chicago Red Stars by a score of 1-0. It was the Thorns’ second victory of the NWSL Challenge Cup, while the Red Stars have now recorded a loss and a draw.

Prior to the match, the national anthem was not played, which The Equalizer’s Jeff Kassouf mentioned was a first time occurrence in league history. Neither team made a statement about this action.

This is, to my knowledge, the first time the national anthem has not been played before an NWSL game. That infamous 2016 Reign at Spirit game saw it played while the teams were still in the locker room. https://t.co/vCqNw2yJ4y

As for the soccer action on the night – well, the chances were thin for both sides for much of the match.

Chicago’s best chance came in the 19th minute, when Kealia Watt made space for herself in Portland’s box, and fired a shot on goal. But Portland keeper Adrianna Franch was equal to the task, and was able to redirect the shot safely over the crossbar.

First chance of the night in Chicago! Kealia Watt gets some separation, but her shot is saved over the bar by Adrianna Franch! #CHIvPOR pic.twitter.com/Ip2vktjfY0

We had to wait for the 52nd minute for the Thorns to have a dangerous chance of their own. Marissa Everett sent in a through ball towards Tyler Lussi, who took it on the bounce, firing a powerful shot that hit the crossbar but stayed out.

And we've got a goal in #CHIvPOR too!

Morgan Weaver gets around Casey Krueger, and her shot finds the back of the net! The Thorns lead 1-0! pic.twitter.com/VCvkJL9ywW

Earlier this week, Weaver had her red card – awarded in last Friday’s match against Kansas City – rescinded by the NWSL Disciplinary Committee, allowing her to play in this match.

Next up for Chicago is another home match on April 20th against visiting Kansas City, while Portland returns home to host OL Reign on April 21.