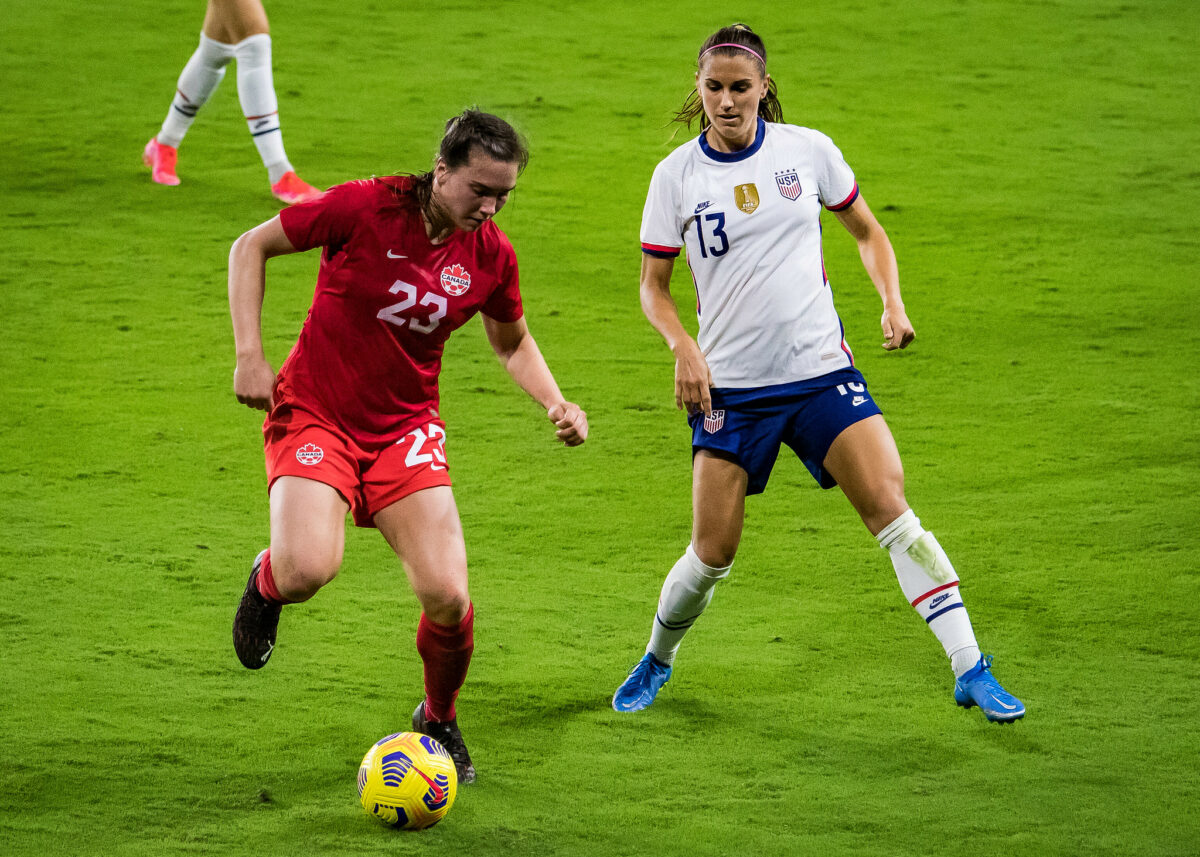 The competition for women’s soccer at the Olympics is set. A total of 12 teams will vie for the gold medal in Tokyo this summer — a postponement from last year’s Summer Olympics that were moved due to COVID-19.

Last summer, FIFA approved the use of Video Assistant Referee (VAR) for the tournament. It is the second major international women’s tournament to feature VAR, as the 2019 World Cup used the technology as well.

How did the 12 nations qualify?

Three European teams qualified after their final placements in the 2019 FIFA Women’s World Cup. The Netherlands, Great Britain and Sweden qualified for Tokyo due to second, third and fourth place finishes.

Great Britain can call up members of the England, Wales, Scotland and Northern Ireland for their Olympic roster.

Despite winning the World Cup in 2019, the United States had a different means of qualifying. The USWNT, along with Canada, qualified for the Olympics in February 2020 after being the two finalists in the CONCACAF Olympic Qualifying Championship.

In March 2020, Zambia stunned Cameroon to qualify for the Olympics. Zambia and Cameroon finished the first and second leg with a 4-4 aggregate score, but Zambia punched their ticket to Tokyo on the away goals rule. Cameroon then awaited the scheduling for the CAF-CONMEBOL playoff match, which would be held against Chile.

The playoff game featured a home and away leg. Chile took a 2-1 victory in Russia for the first leg on April 10, while the two teams fought to a scoreless draw on April 13.

Finally, in Asia, Australia and China qualified for the Olympics. Australia qualified after topping Vietnam 7-1 on aggregate. Meanwhile, China kept it close with South Korea, but eventually qualified with a 4-3 aggregate score, with the second leg going into overtime.

All set for the 2020 #Olympics! Here are the team's that will compete for gold!