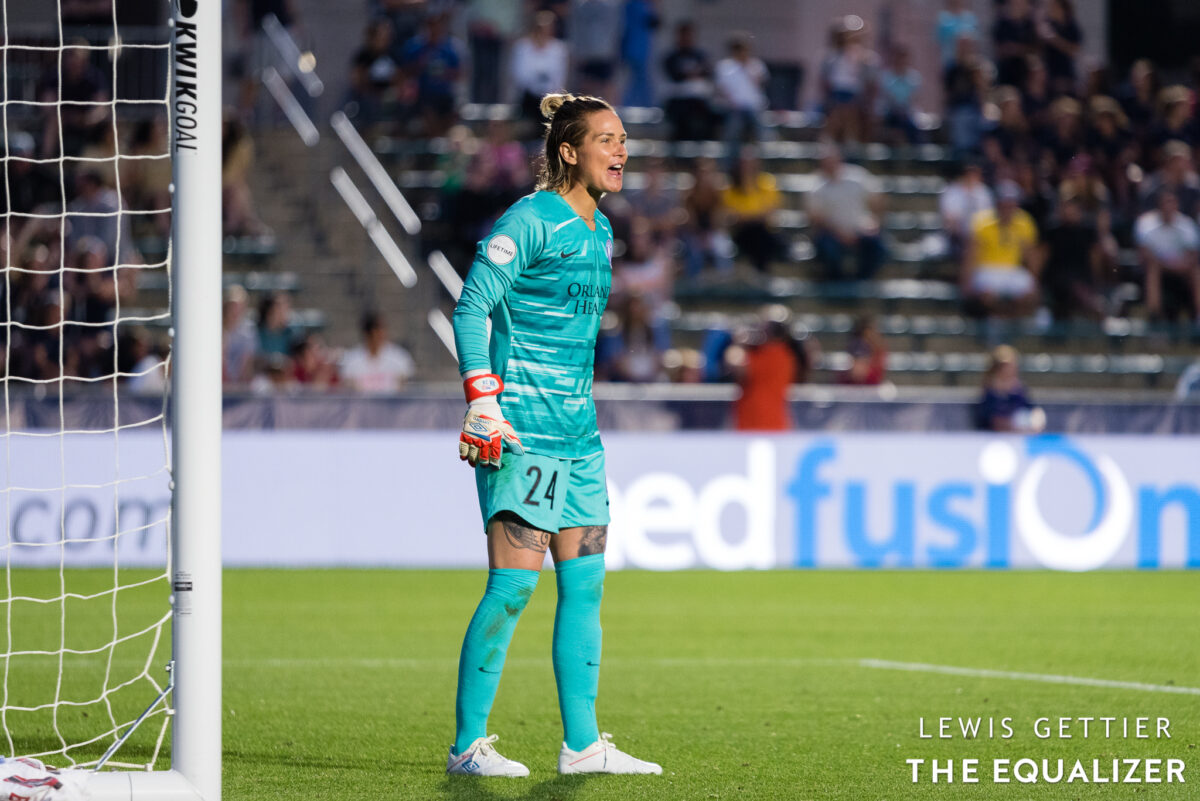 On Wednesday night at Exploria Stadium in Orlando, Florida, NJ/NY Gotham FC defeated the Orlando Pride 1-0 in NWSL Challenge Cup action, courtesy of a second half goal from Paige Monaghan. It was the first game for Gotham FC – formerly known as Sky Blue FC – under their new branding.

There was early drama in the match, as Orlando’s Konya Plummer was called for a hand ball in the box in just the 11th minute. But Pride keeper Ashlyn Harris guessed which way Gotham’s Nahomi Kawasumi would go, and made a diving save on the penalty kick.

Later in the first half, Gotham keeper DiDi Haracic showed off some heroics of her own. Haracic dived to her right and was able to get hands on Sydney Leroux’s shot from close range to keep the match scoreless.

HUGE save by DiDi Haracic, and the Pride are denied!

And just as the match seemed to be headed for a draw, Gotham FC got on the scoreboard in the 79th minute. From the wing, Ifeoma Onumonu sent in a low cross to Monaghan, who had slipped past the shoulder of Ali Krieger. Monaghan finished the cross first-time into the back of the net.

Orlando’s Taylor Kornieck had a chance to equalize in the 86th minute, but she couldn’t put her strike on target.

Next up for the Pride is another home match – this time against the Spirit – on April 21st, while Gotham FC will return home to host the Courage on April 20th.