After two decades with Canada, Rhian Wilkinson is the opponent 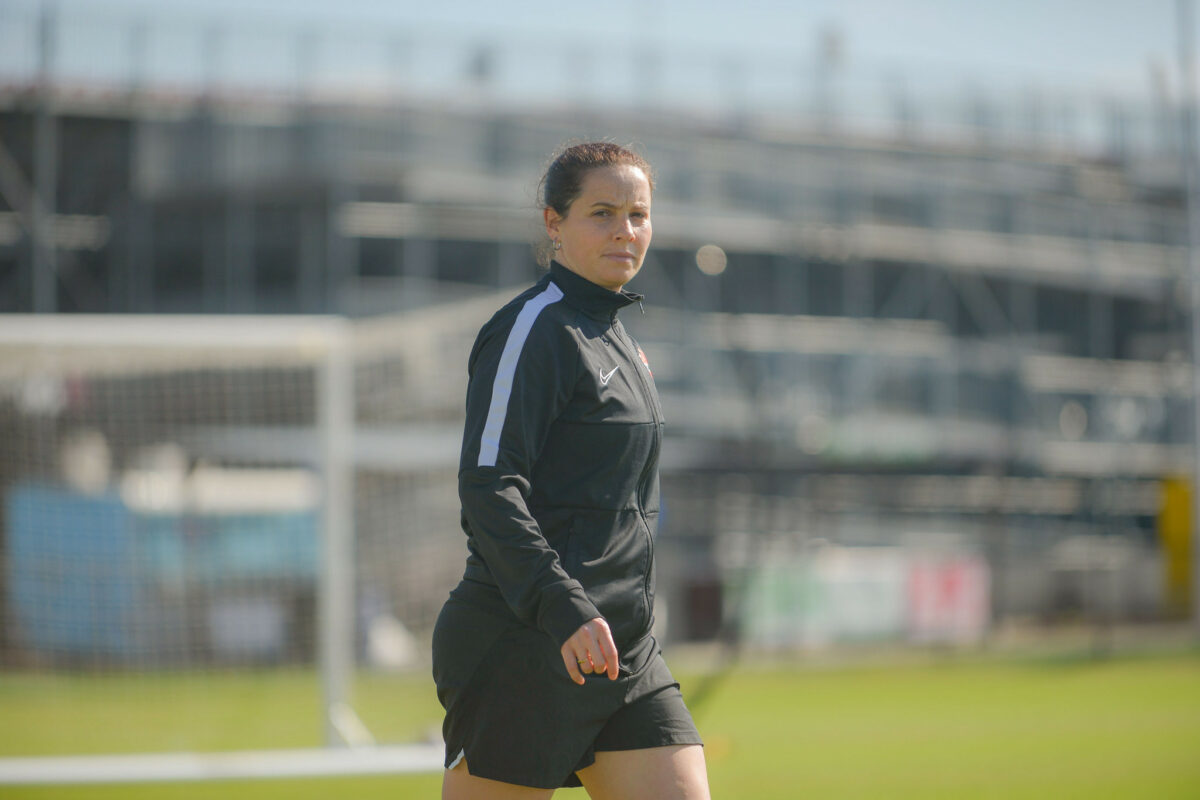 There will be a familiar face on the sideline when Canada takes on England in Stoke-on-Trent on Tuesday. Rhian Wilkinson made 181 appearances for Canada, but she will be representing the Lionesses after joining England as an assistant coach in January.

Wilkinson acknowledges that it will be strange looking over and seeing friends, former teammates, and colleagues on the other side. Still, she says, they are elite-level competitors with jobs to do.

“I’ll want to smash them,” Wilkinson tells The Equalizer, noting that her former teammates told her the same. “I want to beat them, they will want to beat me, and I think that’s the best part of the sport. It’s a competitive game. I’ve talked about my close friends being on the team and staff. We’ve all played on club teams against each other. The beautiful thing about friendship, it doesn’t mean that there is no competition. There’s the game and then there is the time after it where we can be friends again, but when it’s game time, we both want to beat each other.”

The two-time Olympic bronze medal winner worked her way up Canada’s staff as an assistant coach with John Herdman and then Kenneth Heiner-Moller. Wilkinson was thought to be a strong candidate to fill Canada’s head coaching vacancy when Heiner-Moller left last summer, but the job instead went to former England assistant Bev Priestman. Wilkinson was invited to join Priestman’s coaching staff, but decided she needed to change her environment in order to develop as a coach.

Access the best women’s soccer coverage all year long
Start your FREE, 7-day trial of The Equalizer Extra for industry-leading reporting and insight on the USWNT, NWSL and beyond.
Subscribe
Existing Users Sign In Here
Related TopicsEnglandExtraFeaturedRhian Wilkinson

The Equalizer Podcast: Challenge Cup kicks off
Why France’s front line could pose problems for USWNT