There was a little of everything in Racing Louisville’s opener 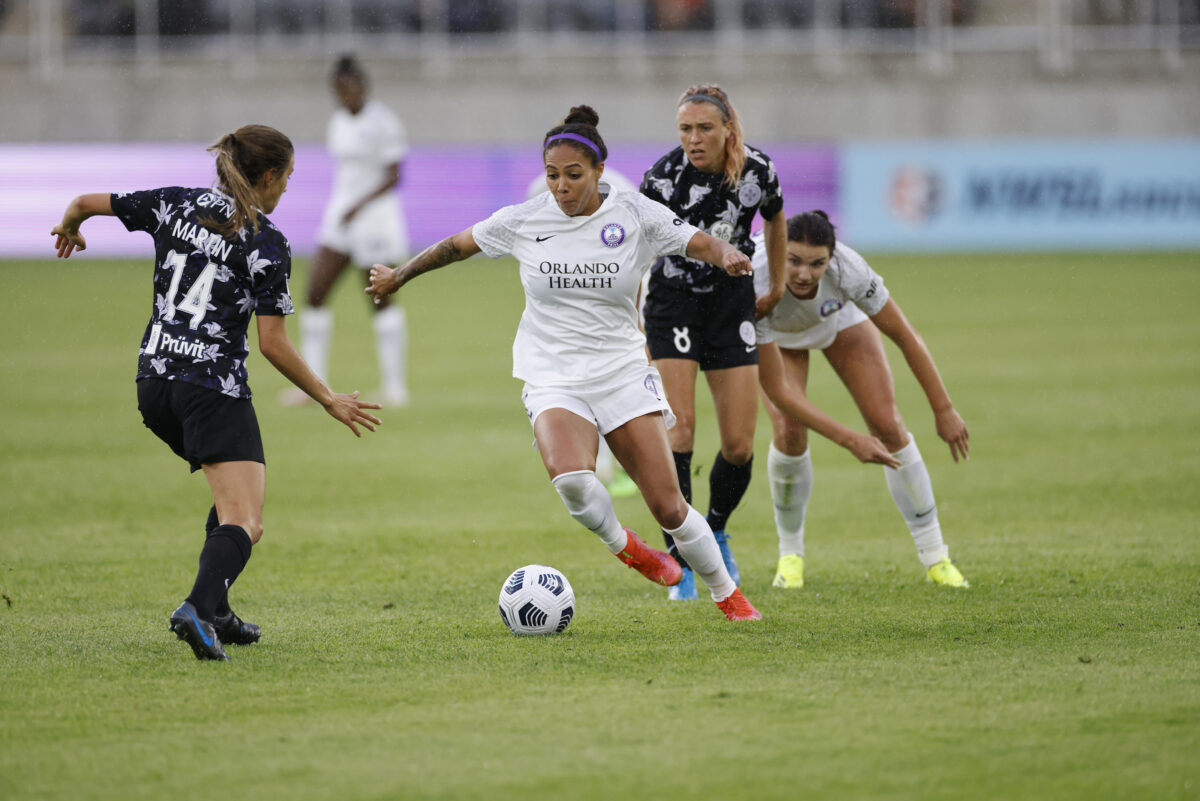 Racing Louisville FC became a reality in the National Women’s Soccer League on Saturday night. The stands were not full as ownership had envisioned when they announced themselves as an expansion club in the fall of 2019, but all the tickets on offer were sold for a sellout as it exists in the COVID-19 era. Those who were there — 5,300 to be exact — saw just about everything.

There was the home side’s quick start and early goal with CeCe Kizer etching her name in club history. And the picturesque assist from Racing’s first draft pick, Emily Fox. There was rain that became a sun shower and then a torrential downpour. There was the presence of Marta, who has six times been named FIFA World Player of the Year and who spearheaded the attack the put the Pride ahead in the closing minutes. And then the Brooke Hendrix stoppage time equalizer that sent both teams home with a point after a 2-2 draw.

And perhaps most memorably there was the celebration of the equalizer complete with the stadium lights going down in favor of strobe lights which painted the pitch in Racing Louisville pink.

“We had heard rumors about it,” Kizer said of the light show. ”But you don’t really know what to expect. And then to actually see it, it was sick, and just great to be a part of.”

When Hendrix tallied in stoppage time, Racing became the second NWSL side to flip a result of their first match in the 90th minute or stoppage time. The first was the Boston Breakers against the Washington Spirit, and Ashlyn Harris was in goal for both of them. Sydney Leroux, now with the Pride, scored that goal for the Breakers.

“We have a lot of fight in us,” Hedrix said. “We’re not going to give up til the very, very end, which we showed tonight.”

On the other end, the Pride finally got to show off their 2020 draft class and it accounted for both goals. Taylor Kornieck (3rd overall) headed home the equalizer late in stoppage time and Abi Kim (26th overall) looked like she had won it for the Pride with a fabulous finish over Michelle Betos and under the crossbar in the 88th minute.

“She was great,” Pride coach Marc Skinner said of Kornieck, who will pose a decided height advantage over just about every defender around the league. “She’s literally undefendable at times when you have that ability and that timing and that quality. So there’s a lot more to come from Taylor. It’s not just the air. She has the ability to play.”

Skinner also praised Kim, who is carrying a right hand injury and sported a soft case for her 12-minute run off the bench.

Then there were the moments that cost the Pride. Ali Krieger committed an unusually unnecessary foul that gave Racing the free kick that eventually tied the match. That free kick was headed down by Freja Olofsson, allowed to bounce two times in the 18 and then Hendrix was able to find it and finish it.

“There were some dubious decisions throughout the whole game,” Skinner acknowledged. “In that instance could we have stopped the foul? Probably yes. But that’s a decision made in the moment after 90 plus minutes work done. What we’re going to do is assess, make sure the players get to the point where they understand that. We don’t need to talk about why that decision might have happened or what happened after that. These are just moments where we have to just manage the game at that point.”

The Pride and Racing are considered by most to be the two weakest sides in the East Division. They will both get to prove it now as they embark on matches against the other three — North Carolina Courage, Washington Spirit and Gotham FC.

Neither team is putting too much pressure on itself to be too good too soon.

“As an expansion team there’s really no expectation and no pressure on us,” Kizer said. “I don’t think anyone really expects anything from us. So we were just excited to get out and kind of prove what we can do.”

Skinner was focused on the number of new faces and that the Pride are just starting anew after a 2020 that was even more abbreviated and stunted for them than anyone else. And they will soon have Alex Morgan back from national team duty.