Racing Louisville splits points with Orlando in debut, draws at 2-2 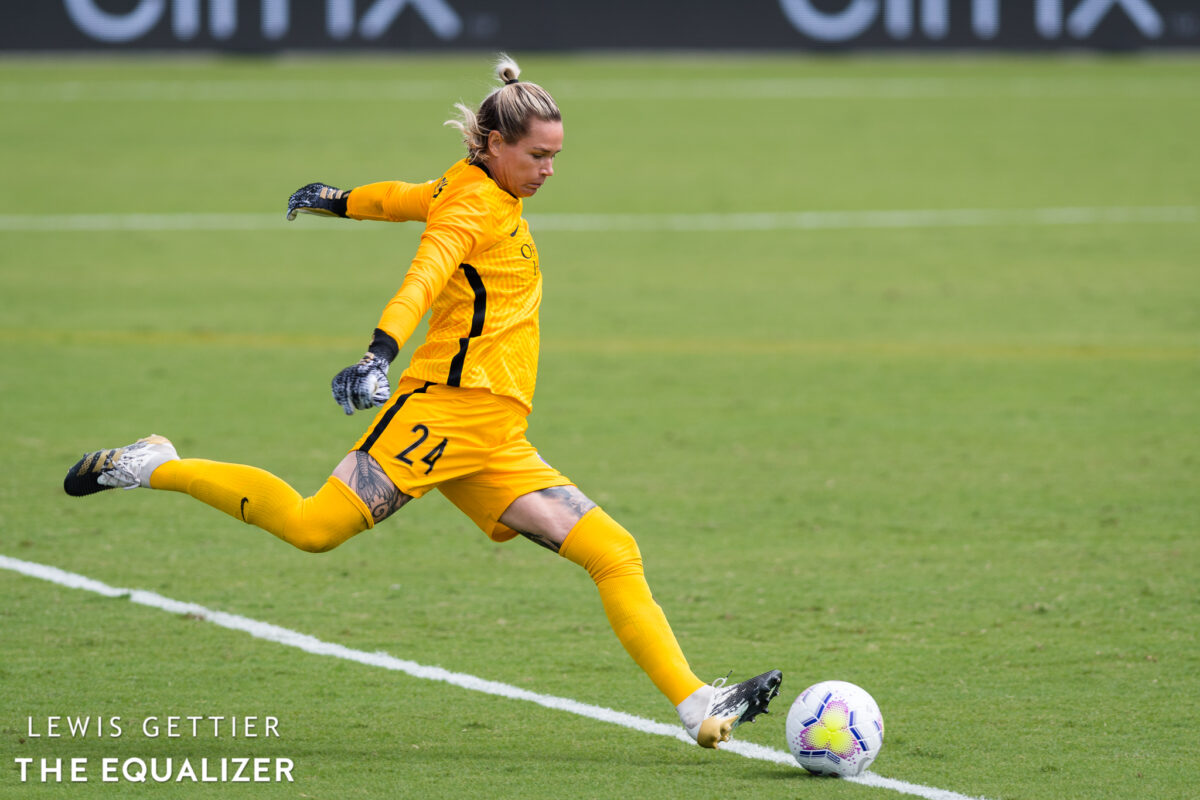 Racing Louisville didn’t quite expect the downpour they received on Saturday night. No, the team didn’t get blown out of the park by the Orlando Pride — although it looked, near the end, that the Pride were going to scoop up all three points — but had a torrential downpour of rain at Lynn Family Stadium.

But despite the inclement weather, fans still showed up in big numbers. In fact, this is how they reacted to the final goal of the match, an equalizing hit from Brooke Hendrix.

Hendrix’ goal was the final of four goals scored throughout the entire match. Racing Louisville earned the first goal in the 12th minute from Cece Kizer, a selection in the NWSL Expansion Draft from the Houston Dash, who won the Challenge Cup last year. Kizer leapt into the arms of her teammates and had pure joy spread across her face in her new stadium.

However, right before the halftime whistle blew from referee Katja Koroleva, the Orlando Pride equalized off a header from Taylor Kornieck.

The Pride added on to their lead in the second half, but late in the match. Abi Kim, who entered the contest in the 78th minute, took 10 minutes to find the back of the net. However, three minutes into stoppage time, Hendrix found herself open inside the box and got a lucky bounce toward her, slotting her shot past Ashlyn Harris.

Orlando has a quick turnaround, as the Pride return back to Florida to host NY/NJ Gotham FC on Wednesday night at 7 p.m. ET. That match will air on CBS Sports Network (CBSSN).

Meanwhile, Racing Louisville will be on the hunt for their first-ever NWSL win against the Washington Spirit on Thursday night at 7 p.m. ET at Audi Field. The match will air on Paramount+.