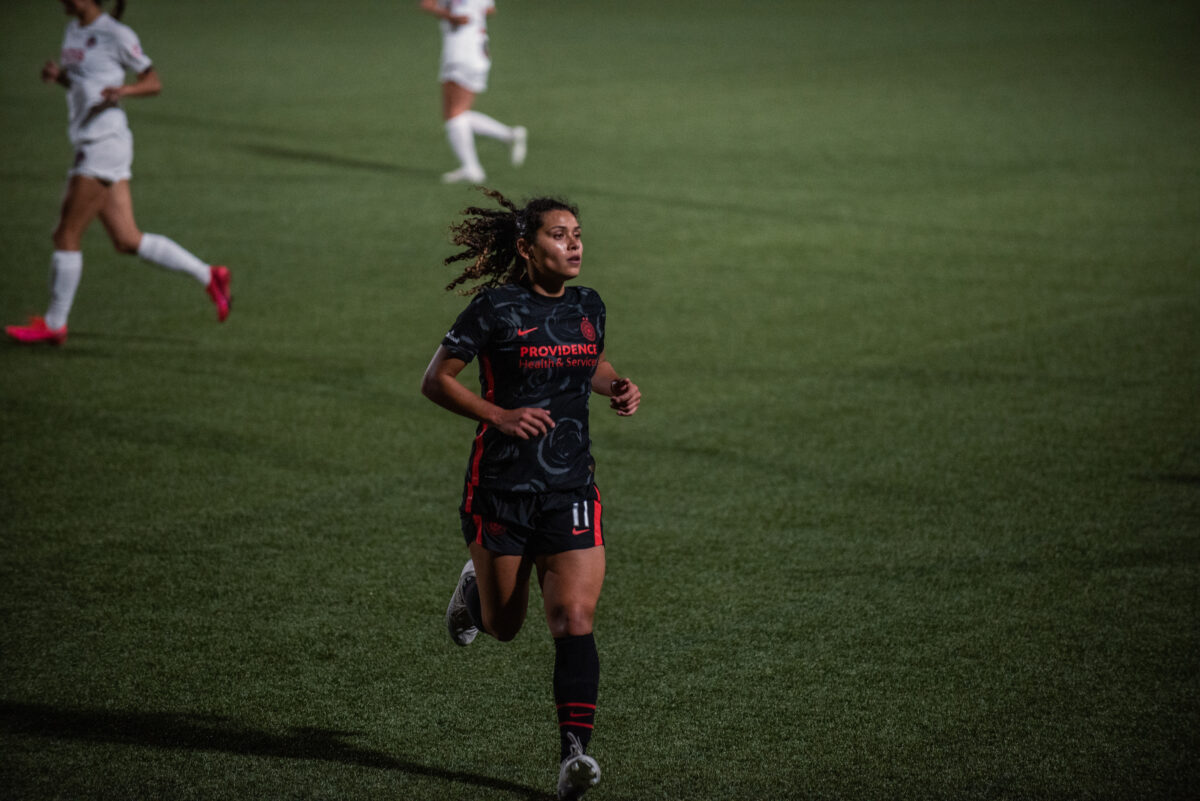 The Portland Thorns have heard it from their own fans and opposing fans: Providence Park is a fortress. So, last year, when the COVID-19 pandemic hit and matches would have to be played without fans, Providence Park didn’t seem as formidable as it had in previous years.

While the capacity was limited due to COVID-19 regulations, there were fans back in the stands in Portland, Oregon, on Friday night for Portland’s 2-1 victory over Kansas City. The fans made their voices heard and brought an incredible atmosphere for an NWSL match after a gloomy 2020 season without fans. And Friday’s game had plenty of action, with four red cards being shown in the final minutes of the match.

Those cheers rang quickly for the Thorns, who hosted Kansas City, the “new kids” on the block with Racing Louisville. Kansas City, a team that has seven players from the FC Kansas City team that folded in 2017, put up a good fight on the road, but Portland at home was just too much to top.

Portland scored first, courtesy of Costa Rican international Raquel “Rocky” Rodriguez, in the 8th minute. Rodriguez scored on a header off a free kick, which was sent in by Meghan Klingenberg, who took up a midfield position with Madison Pogarch slotting behind her at left back.

Portland went into the locker rooms at the half with the one-goal lead. Early in the second half, in the 58th minute, Tyler Lussi scored on a header inside the box, putting her whole body on the line and crashing into Kansas City midfielder Victoria Pickett.

However, right after Portland doubled their lead, Amy Rodriguez, one of the original FC Kansas City members, cut that lead in half. After Pickett kept the ball alive inside the box, Rodriguez flicked it past Adriana Franch in the 60th minute.

Both sides had a few more opportunities late in the second half, but no more goals followed. Portland picked up three points, while Kansas City and first-year manager Huw Williams head back to Kansas City to prepare for the team’s second game.

Late in the match peak chaos ensued from both sides. Simone Charley, who received a yellow card earlier in the match, earned a second yellow card and a sending off from referee Danielle Chesky after fouling Rachel Corsie. Only mere seconds later, Mark Parsons received a red card as well, giving his thoughts on Charley’s sending off to the referee.

Even more chaos took place as the minutes wound down faster. Kristen Edmonds and Morgan Weaver were both sent off after a scuffle. A replay showed Edmonds and Weaver taking each other down out of bounds, and then Edmonds getting up and putting her hands on Weaver’s face, to which the Thorns player retaliated.

The match finished with 10 Kansas City players on the pitch and 9 members of the Thorns, and no head coach on the sideline.

Weaver, Edmonds and Charley will not be available for their next respective matches. Parsons will not be allowed on the sideline either for Portland’s next contest.

What’s next for Portland and KC?