Thorns, Kansas City give fans a night to remember 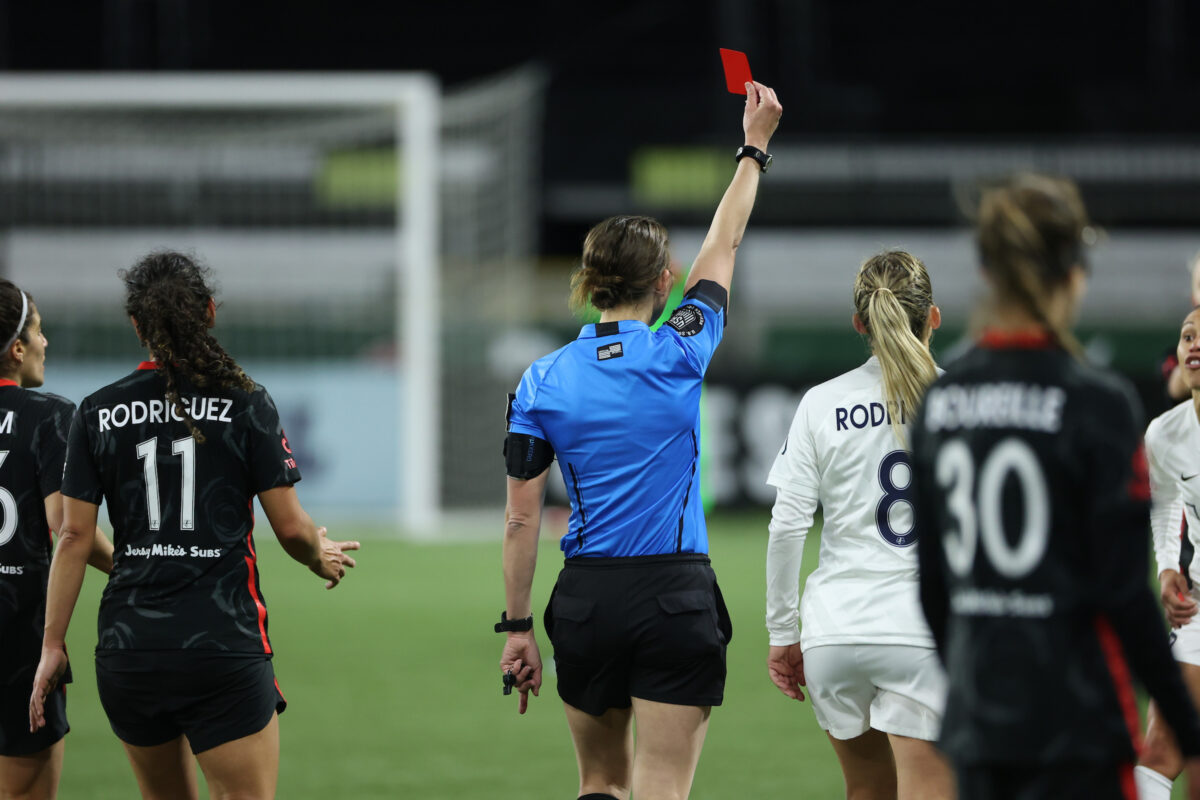 The beauty of sports is that you never know when you’re about to see something for the first time. In Friday night’s National Women’s Soccer League Challenge Cup match in Portland, we already knew we were going to see Huw Williams’ Kansas City side in action for the first time. What no one knew is that the final few minutes of the match would produce a quartet of red cards, doubling the record for the most ever shown in any NWSL match.

The first one was straightforward enough. Simone Charley went in from behind on Rachel Corsie. It was a needless foul, not only because Charley was in her offensive third but because she was sitting on a yellow card already. NWSL history is littered with players who have survived similar scenarios, but center ref Danielle Chesky did Charley no favors and showed her a second yellow card, ending her night in the 90th minute. Thorns coach Mark Parsons evidently did not see it the same way as Chesky, and she delivered him a straight red card soon thereafter.

The Thorns, leading 2-1, did their best to play the ball to the corner flag and kill off the match, but the fireworks were just beginning. In a sequence the cameras did not fully pick up, Morgan Weaver and Kristen Edmonds tumbled over each other coming out of the corner after Kansas City had finally won the ball. By the time they stared each other down, the cameras were in full focus. Edmonds gave Weaver a punch to the face, assuring the end of her night. Weaver retaliated, and she too was sent off.

Considering how rapidly the match tension boiled over, the moments after the red cards were mild. Kansas City may have been docked some stoppage time, but that’s the price you sometimes pay for resorting to fisticuffs. The 2-1 score stood up.

Access the best women’s soccer coverage all year long
Start your FREE, 7-day trial of The Equalizer Extra for industry-leading reporting and insight on the USWNT, NWSL and beyond.
Subscribe
Existing Users Sign In Here
Related Topics2021 NWSL Challenge CupExtraFeatured