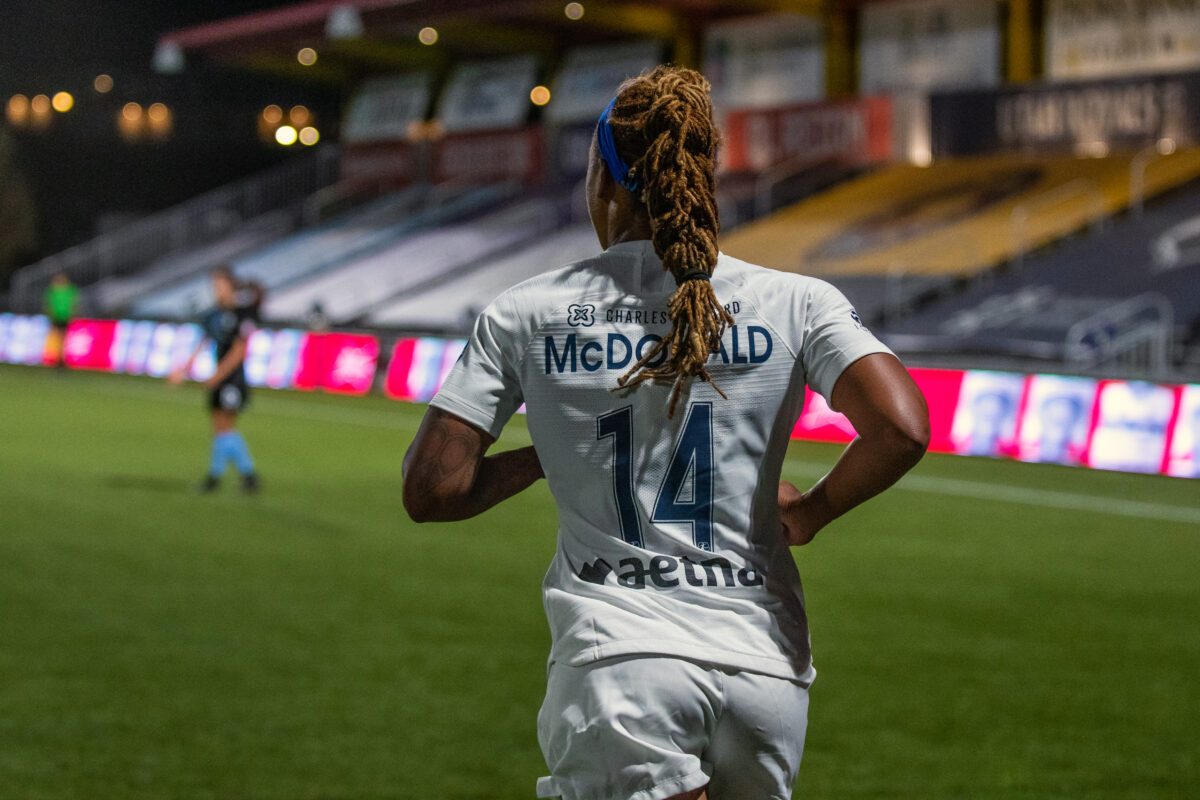 On Saturday afternoon, the North Carolina Courage overcame an early deficit to defeat the Washington Spirit 3-2 in a very lively 2021 Challenge Cup affair.

Washington struck first through Kumi Yokoyama. In the 4th minute, high pressure from the Spirit forced a turnover in the attacking third, and Dorian Bailey found Yokoyama, whose low shot was enough to beat keeper Katelyn Rowland.

But shortly after, North Carolina equalized. In the penalty area, Jessica McDonald cut the ball back to an incoming Kristen Hamilton, who made no mistake with the finish:

After their equalizer, the Courage dominated the remainder of the second half, repeatedly cutting open the Spirit’s back line. The pressure paid off, as McDonald scored a goal of her own in the 27th minute:

The Courage get in behind the Spirit's back line again, and Jessica McDonald makes no mistake!

North Carolina added a third after the halftime break, and it was a stunner. Merritt Mathias, in her first NWSL game back since an ACL injury sustained in September of 2019, got on the end of a perfect pass from Hailie Mace. From a wide angle, Mathias expertly chipped Aubrey Bledsoe to extend her team’s lead.

Merritt Mathias! WHAT A FINISH! 🔥 And the Courage extend their lead.

After Mathias’ goal, the Spirit did a much better job of snuffing out attacks by their opponent, and were able to pull back a goal of their own. Just minutes after making her NWSL debut, rookie Trinity Rodman beautifully controlled a long pass from Natalie Jacobs, and finished past Rowland.

TRINITY RODMAN! Just minutes after making her debut, she pulls one back for the Spirit! This just got interesting…

Despite a strong finish – including a much needed attacking spark from Rodman – Washington could not find the back of the net again, and North Carolina took home all three points.

The Spirit will return home for a match against Racing Louisville on Thursday, while the Courage head up to New Jersey to play Gotham FC on April 20th.

Thorns, Kansas City give fans a night to remember
There was a little of everything in Racing Louisville’s opener